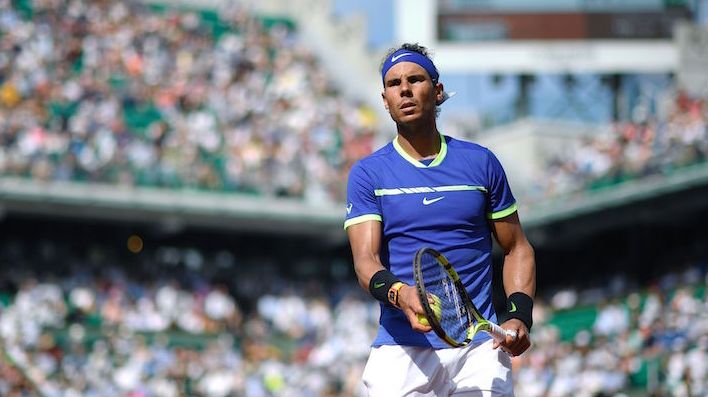 Predicting the men's division at the 2019 French Open

Red clay of Roland Garros is a nightmare for a majority of tennis players. Five-setters, exhaustive rallies, high bounce and upsets are the reasons for players’ anguish and agony. Whereas for spectators, it is a delight. Stefanos Tsitsipas’ frustration while losing to Stanislas Wawrinka, Serena Williams’ tears while losing to Sofia Kenin and long matches gave a sense of ecstasy to sports fans across the world.

In the women’s section by the end of third round only the third, seventh and eighth seed remained in fray from the top 10 seeds. So, predicting their results is a graveyard for all analysts like me. I’d be better off sticking to the men’s division then.

Rafael Nadal is on quest to win his 12th French Open. He wishes to take his tally to 18 grand slams, only two behind Roger Federer’s tally. On the other hand, Federer is not willing to let his crown go. He is fully charged and is yet to lose any set on his way to quarters. Gnawing at the heels is Novak Djokovic with 15 grand slams. This triumvirate is a treat to watch.

Head to head Nadal leads with 10 victories and two losses.

In this tournament only Goffin could take out a set from Nadal. The Spaniard, otherwise, has had easy pickings.

Nishikori, meanwhile, has had a completely opposite tournament. He had to play a grueling five-setter with Laslo Dere(31st seed). The fifth set ended at 8-6 in the Japanese’s favor. Fatigue was also the reason behind his victory over Benouit Paire. If the match hadn’t been extended to next day then the results might have been different.

Nishikori’s strength is return of serve, changing the angle and displacing the opponent. Nadal, however, with his overspin forces Nishikori to play from behind the baseline, thus neutralizing his play.

Federer leads the charge with 22-3. But all three of Wawrinka’s wins have come in clay courts. Most notable is the 2015 French Open QF, which Stan won in straight sets. However the five-setter with Tsitsipas must have drained Wawrinka and we can expect Federer to win.

Federer can be beaten if he is forced to rally from behind the base line. Wawrinka’s power shots and clay courts can induce Federer to play from behind. It will be a two single-handed backhand players slug match. Federer has the elegance whereas Wawrinka has the power. No tennis fan should miss this match.

Verdict- Roger Federer to move to semi-final in four sets

Head to Head Djokovic and Zverev are at even keel at 2-2.

Novak Djokovic is a well-oiled machine. The way he vanquished Nadal in the Australian Open final this year is still jaw-dropping. His recent Masters victories duly give him the undisputed no. 1 seeding.

On the other hand, Zverev is a mercurial talent. The 2018 Tour champion’s best showing at Grand Slams as a quarter-finalist (2018 French Open) is testament to his erratic play. His two five-setter matches against John Millman and Dusan Lajovic confirms that he is not in his best form.

Djokovic’s box to box play can frustrate Zverev and he will try to push his luck by blasting winners. This may win him a set but not the match.

Head to Head Khachanov beat Thiem in their only encounter at Paris masters but clay court is different.

Khachanov at 1.98-meter-tall, with his highest ranking and win at the Paris Masters has shown great ability in beating Del Petro in straight sets. He has a near-perfect game. Good serve, powerful ground strokes and decent volley. His movement, however, is patchy and that is why his record against top 10 players is not rosy.

This is his best showing in Grand slams and but he is only 23 and he will continue to improve.

Thiem reached the French Open finals last year where he played brilliantly but lost to an irrepressible Nadal. He did beat Nadal in the Paris Masters this year and is all set to conquer the elusive crown. He is, however, taking four sets to beat rank outsiders so the situation is not too optimistic

Verdict - I expect Thiem to win in four sets.

Nadal with his lasso forehand provides excessive spin to make the ball bounce so high that Federer has play form behind the base line. Thus, Federer is not able to exercise his angular placement. Federer with his anticipation and quick wrist work can outfox Nadal on few rallies but not for long.

Head to head Nadal leads Federer buy 23-15. But point to be noted is that last 6 meetings Federer has won. So, since 2015, when Nadal got injured has not been as quick as he was earlier, Federer has had the upper hand.

This, however, is Roland Garros and I feel on clay Federer doesn’t have the power to outlast Nadal.

Verdict- Nadal to win in 4 sets.

Thiem hits the ball harder than any one and he hits flat shots, so he upsets the rhythm of many players. Djokovic, however, is the Number One for a reason. He is the best counter puncher and with his double handed backhand he will induce Thiem to commit errors.

Match will have engaging rallies and spectators will relish the slugfest. I am looking forward to view this match for sheer quality. In Madrid masters Djokovic beat Thiem in straight sets.

Verdict- This semifinal belongs to Novak Djokovic in four sets.

It is a purist’s delight and a fan’s desire. Both these players are aiming to upstage Federer in maximum Grand Slams won. Djokovic is at 15 and Nadal is at 17.

As this is on clay court, Nadal will get extra bounce and more spin so probably Djokovic cannot play box to box game as effectively. So, it is very difficult to predict the outcome.

Head to head, Djokovic leads 28-26 so here also there is nothing to choose between the two.