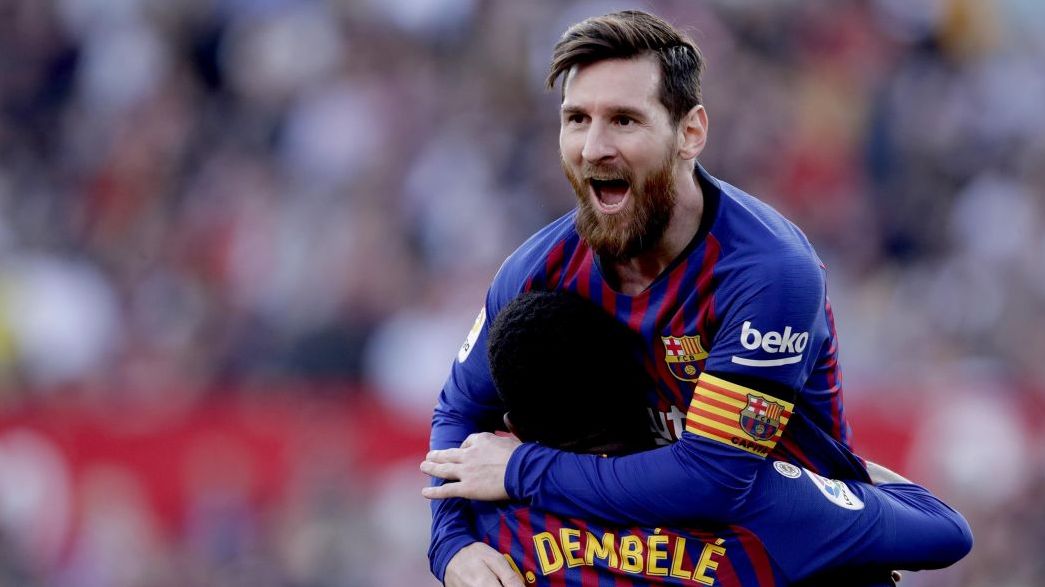 Lionel Messi scored the 50th hat-trick of his career as Barcelona came from behind to beat Sevilla and go 10 points clear at the top of La Liga.

In a masterclass from the Catalans' captain, the Argentine ace first equalised with a brilliant volley from 16 yards. He levelled for a second time with a curling shot from the edge of the box. Messi then chipped Tomas Vaclik for his third, his 36th goal in 35 games against Sevilla, before setting up Luis Suarez for an injury-time fourth.

It really was a one-man show with Barcelona not playing particularly well as they extended their lead over second-placed Atletico Madrid, who host Villarreal on Sunday. Sevilla, who are out of form, took the lead twice in the first half from a Jesus Navas counter-attack strike and Gabriel Mercado's eight-yard finish.

At the age of 31, Messi shows no signs of slowing down. His treble takes him up to 25 La Liga goals for the season, an average of one every 75 minutes. He is nine clear of Suarez in second place and almost twice the top scorer of any other team, Cristhian Stuani's 13 for Girona. In all competitions, he has 33 goals in 32 games; including six in the Champions League, as Barcelona chase the treble.

His third goal was his 650th career strike - 585 for Barca and 65 for Argentina. All his goals were excellent with his first, a left-footed volley from Ivan Rakitic's cross, a contender for goal of the season.

His second was a fine curling effort with his right foot from Ousmane Dembele's pass. And, with five minutes to go, he clipped the ball over the goalkeeper after Carles Alena's shot was blocked. Late on he played an excellent ball over the top for Suarez to end a five-game goalless run.