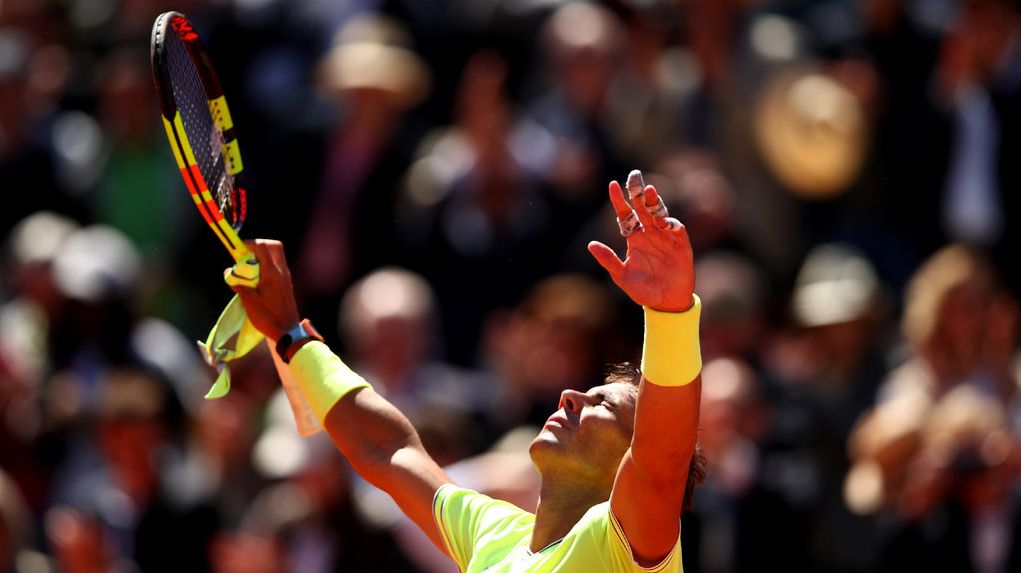 The Swiss superstar had won their last five matches and had been in hot form in his first appearance at Roland Garros since 2015.

But as the wind whipped up the clay on Court Philippe-Chatrier, the Spaniard showed his dominance over Roger Federer on the surface as he won 6-3 6-4 6-2 in a devastating display of shot-making.

The Swiss even lost his cool when he was broken at the start of the third set - after a net cord from Nadal caused him to net a volley – and he smashed the ball out of the stadium in frustration.

He had broken to lead 2-0 at the start of the second set and had a point for 3-0 but he was ground down by the brilliance of the world No.2.

He sealed the win after two hours and 25 minutes when Federer sent a backhand service return long.

Rafael Nadal now leads their historic rivalry 24-15 – and the 11-time champion has beaten him in all six of their matches at the French Open.

Federer, who turns 38 in August, had been bidding to become the oldest French Open finalist in the Open era. At the end, the crowd chanted: Roger, Roger as he left the court.

Nadal will play the winner of today's second semi-final between world No.1 Novak Djokovic, who has won 26 consecutive Grand Slam matches, and world No.4 Dominic Thiem.