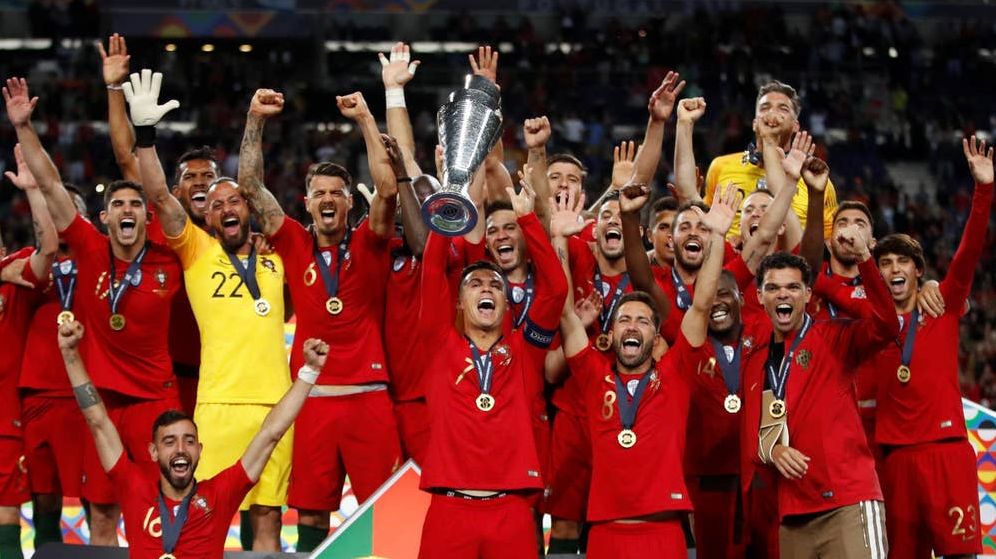 Portugal secured Nations League glory on Sunday as Goncalo Guedes' second-half strike earned a 1-0 victory over the Netherlands at the Estadio do Dragao.

The host nation had been touted as favourites ahead of the inaugural Finals and they lived up to that billing in Porto, adding more major silverware to their European Championship triumph three years ago.

Cristiano Ronaldo had netted a hat-trick in the 3-1 semi-final win over Switzerland but he was kept relatively quiet on this occasion by Virgil van Dijk and Matthijs de Ligt.

Instead, it was left to Guedes to settle matters, exchanging passes with Bernardo Silva and smashing home from the edge of the box, although Jasper Cillessen may feel he could have done better.

Cillessen, winning his 50th cap, was the busier goalkeeper in the opening half-hour, although he was only called upon to make a trio of routine saves – twice from Bruno Fernandes long-range efforts either side of gathering Jose Fonte's header.

Fernandes remained a threat, curling narrowly over from the edge of the box as the hosts continued to look likeliest to score as the interval approached.

The Netherlands were sharper after the break and Rui Patricio got down smartly to thwart Georginio Wijnaldum, but on the hour Portugal had the goal their play deserved.

Guedes found Silva, who returned the ball with a nicely disguised pass, and the Valencia man rifled into the bottom-right corner via the left hand of Cillessen.

Patricio saved impressively from Memphis Depay's header as the Netherlands sought a swift response but the closest they came was Marten de Roon firing over from 20 yards as Portugal held on to lift another major international trophy.