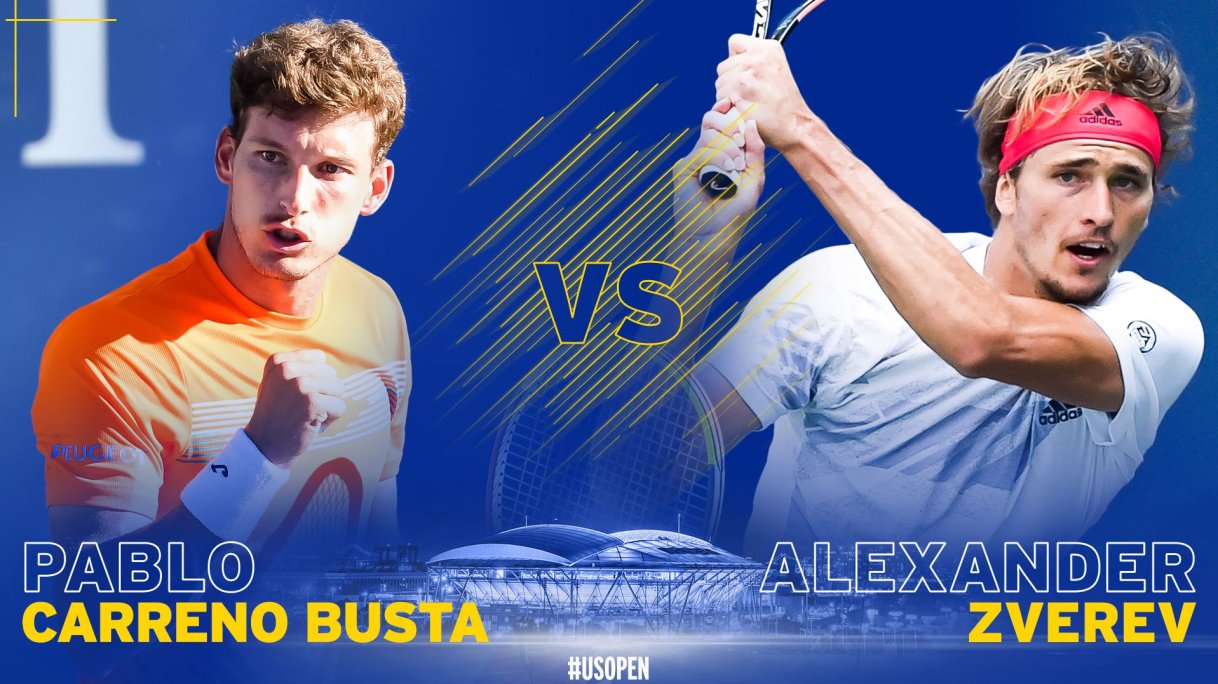 Fifth seed Alexander Zverev locks horns against 20th seed Pablo Carreno Busta in an exciting semifinal at the US Open.

Zverev has played sublime tennis to book his place in the final four. He began his campaign trouncing former US Open runner-up Kevin Anderson in four sets. He outlasted teen, Brandon Nakashima, in another four-setter in the second round.

In a drama-filled third round where there was uncertainty whether his opponent, Adrian Mannarino would play due to quarantine related restrictions, Zverev defeated him after the match started three hours late.

He thrashed Alejandro Davidovich Fokina with just the loss of five games. Despite committing 12 double faults and 46 unforced errors, the German found a way out ousting Borna Coric in four sets in the quarterfinals.

Busta has been part of some epic encounters in this year's tournament. In a see-saw match, Busta defeated Yasutaka Uchiyama in five sets after trailing by two sets to one. He dispatched Mitchell Krueger 6-1 6-2 6-2 in the second round. The Spaniard overcame Ricardas Berankis in straight sets in the third round.

He saved three set points and was leading 6-5 in the fourth round when Novak Djokovic was sensationally disqualified after hitting a lineswoman with a ball. After playing second fiddle to Denis Shapovalov in the first four sets of the quarterfinals, Busta found form when it mattered winning the crucial fifth set to clinch the match.

Zverev leads the head to head record 1-0. Having served a mind-boggling 89 aces in five matches this tournament, Zverev gets a lot of free points on his serve.

While his second-serve is off-colour, Zverev needs to reduce his count of double faults having hit 41 in five matches as it can easily swing the momentum. Busta, who loves playing the waiting game with his dogged playing style can pose problems to Zverev with his superior court coverage. Zverev's backhand has to be on fire especially in the intense rallies. Busta has been in the US Open semifinals before in 2017 and would know how to handle big-match pressure.

History is in the making for Zverev. If he wins this match, he would become the first German to reach the US Open final since Michael Stich did it in 1994.

With both players fighting hard to make their first grand slam final, the winner who passes the baseline duel would make it.