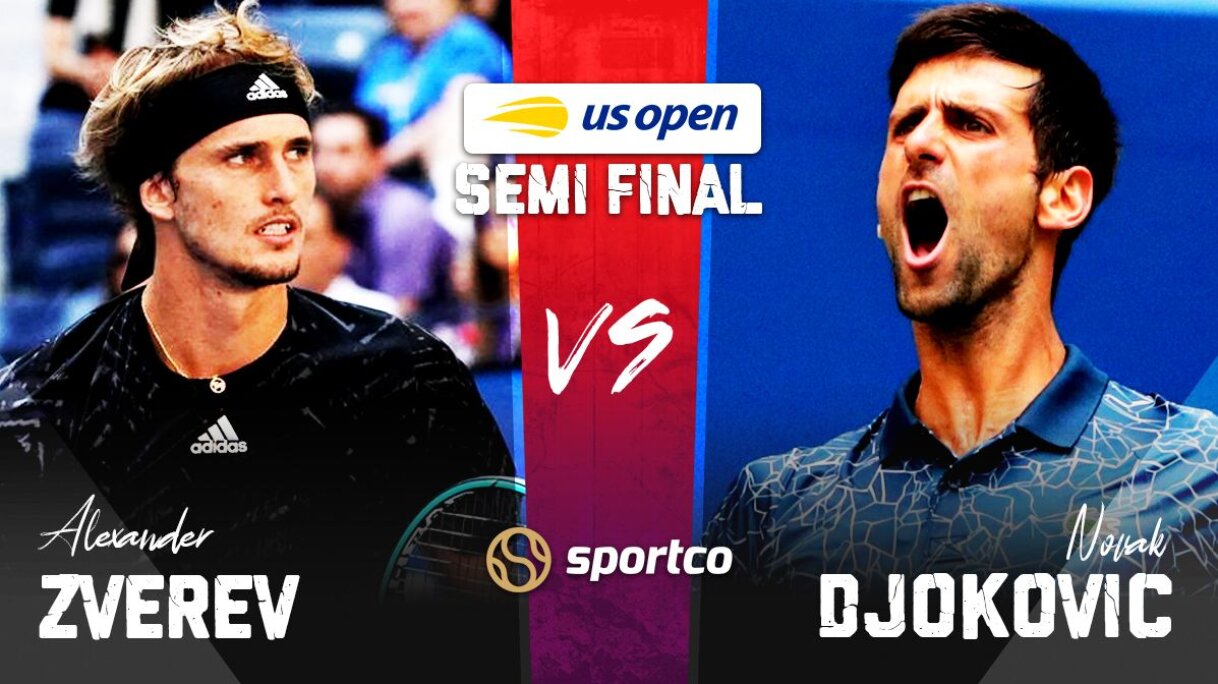 Top seed and the calendar slam chasing, Novak Djokovic, will go head-to-head against the 4th seeded Alexander Zverev in a blockbuster semi-final match-up at the US Open 2021. Will experience triumph or will exuberance be victorious?

With the final grand slam of the year played on outdoor hardcourts, Novak Djokovic has the upper hand with a 3-1 win-loss record against Alexander Zverev. Interestingly, all their 3 encounters this year have been played on the same surface. Both are right-handers and possess two-handed backhands.

The Serbian won the first 2 clashes in February 2021. The World number 1 clinched the ATP Cup group stage match in 3 sets. He also grabbed a 4-set victory against the German in the Australian Open semifinals. Importantly, Djokovic lost the opening sets of both matches in tiebreaks.

How Novak Djokovic is inching closer to a record 21st grand slam?

On a roll since the start of the year, Nole has been at his best in New York. Facing a magnificent Matteo Berrettini in the quarterfinals, the Serb showed incredible resistance against the big-serving Italian. The best-of-five set rule in grand slams gives Djokovic a big edge.

The top seed has the stamina to survive long matches. Despite losing the first set 7-5 to a pumped-up Matteo Berrettini, Novak did not lose his calm. There was little to separate the legend and the young star in the opening set (Winners - 15 and 14, Unforced Errors - 17 and 16, and Net Points - 50% each).

However, Marian Vajda and Goran Ivanisevic believed in their ward in the Arthur Ashe stadium. Djokovic kept up the faith by taking sets 2,3, and 4 with a ruthless scoreline of 6-2 6-2 6-3.

The difference in the second serve win percentage was the highlight. On average, the Serbian claimed 75% of second-serve points while Berrettini bagged only 47.33%.

Alexander Zverev: Will he end his grand slam drought in New York?

Flashback to September 11, 2021, the German will be aiming to again reach the finals of the US Open. In a contest of 24-year-olds in the quarterfinals, Alexander Zverev came out on top against Lloyd Harris.

Besides that, the German was sharp at the net winning 12 out of 15 points. Interestingly, the unforced error count for both the youngsters was 26 each.

Novak Djokovic and Alexander Zverev: Who takes the bragging rights

With 20 grand slams to his credit, Djokovic will be the slight favourite for this big match. Be it fitness and form, the Serb has shown tremendous match awareness.

The 100% capacity crowd at New York will play a big part in deciding the outcome of the match. Known to boo every player except American, the spectators can turn the momentum with their occasional chants.

“I know what my strengths are, I stick to them, I have worked over the years to perfect my game, so that my game can have literally no flaws, every player has some weaknesses in his game,” said Novak Djokovic after his 4th win in a row against Matteo Berrettini.

As Nole puts in his own words, “Flexibility, Agility, and Speed” along with physical strength has helped the Serb to battle the rigors of the hectic schedule. He also has a 9-0 win-loss record in grand slams in 2021 after losing the first set.

Having won 16 matches in a row, Alexander Zverev has been on a roll. A triple combo of big serving, control of the rallies, and efficient saving of set points. Sascha will have to watch out for his back after suffering from pain in the 2nd set against Lloyd Harris.

As two residents of Monte Carlo call the shots in Flushing Meadows, the whole world will be pinned to the spectacle of shotmaking.

Adored fans, do you want Novak Djokovic to move a step forward and stake a claim for a 21st grand slam title or do you prefer Alexander 'Sascha' Zverev to get the silverware.