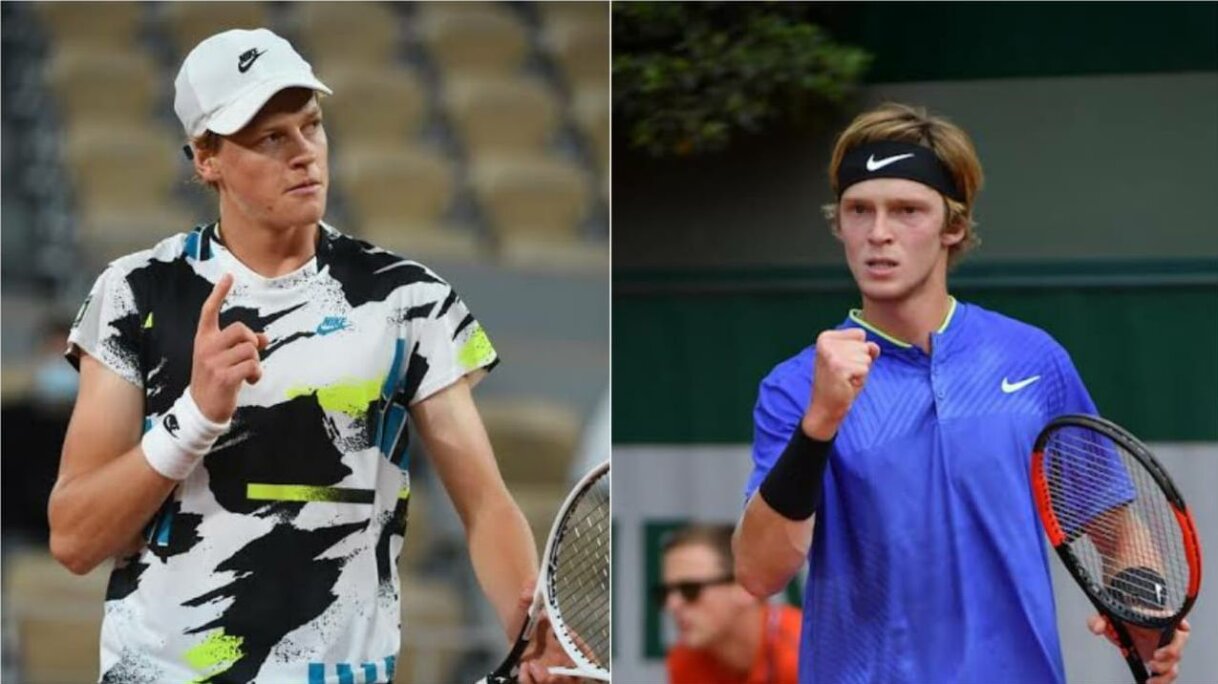 The star-studded Barcelona Open continues to throw up blockbuster battles as the third seed Andrey Rublev locks horns against the 11th seeded Jannik Sinner in the quarterfinals.

Andrey Rublev utilized every ounce of his energy to oust home hope Albert Ramos Vinolas in three sets in the pre-quarterfinals.

Rublev was leading 6-4 and the second set went to the tiebreaker after a tense 12 games (6-6) between both the players. Vinolas unleashed clever passing shots and played aggressive tennis to take the second set 7-6(4) to force a decider.

One service break was enough for the Russian as he managed to win the important third set 6-4 to enter the quarterfinals. Overall, Rublev did not commit a single double fault during the match, pounded 35 winners, and clinched 73% of his first-serve points.

"The most important thing is that I managed to win today when you are not doing something correctly, but you are still winning matches, it gives you confidence, Albert was playing much better than me early in the third set, but you never know which way it will go," said Rublev not quite pleased with his level though he won his match against Vinolas.

On the other hand, Sinner notched up a convincing 7-6(9) 6-2 victory against home favourite Roberto Bautista Agut in the round of 16.

While the first set kept the fans at the edge of their seats after Sinner saved three set points to clinch it, the second set was one-way traffic as Agut's crumbled like a pack of cards.

The Italian smashed 6 aces, did not hit any double faults, and also saved all four breakpoints. It was his third win in a row against the Spaniard this year.

The match is scheduled to begin at 12:30 PM Central European Time and can be watched on Live Stream on Tennis TV YouTube channel.

Rublev leads the head to head record 1-0 against Sinner. They clashed in the pre-quarterfinals of the ATP-500 Vienna Open last year. The Russian won after Jannik retired hurt after trailing 2-1 in the first set.

Andrey Rublev was inconsistent in his return of serve against Vinolas copping a lot of unforced errors in his groundstrokes The Russian was having the momentum on his side but he could not effectively carry it forward.

With two straight-set wins in a row against Egor Gerasimov and the higher-ranked Agut, Jannik Sinner will be pleased with his fantastic form at the Barcelona Open. He has been impressive in saving break points in crucial moments. The Italian would have to win more points on his second serve (just 50.5% claimed in two matches).

Rublev will aim to tighten his screws after handed a great scare by Vinolas in the pre-quarters. The Russian has more experience in the closing stages of tournaments and his superior game from the baseline can prove to be the difference between him and Sinner's scintillating shot-making. Rublev will mostly emerge victorious if he takes more than 70% of points on his first serve.