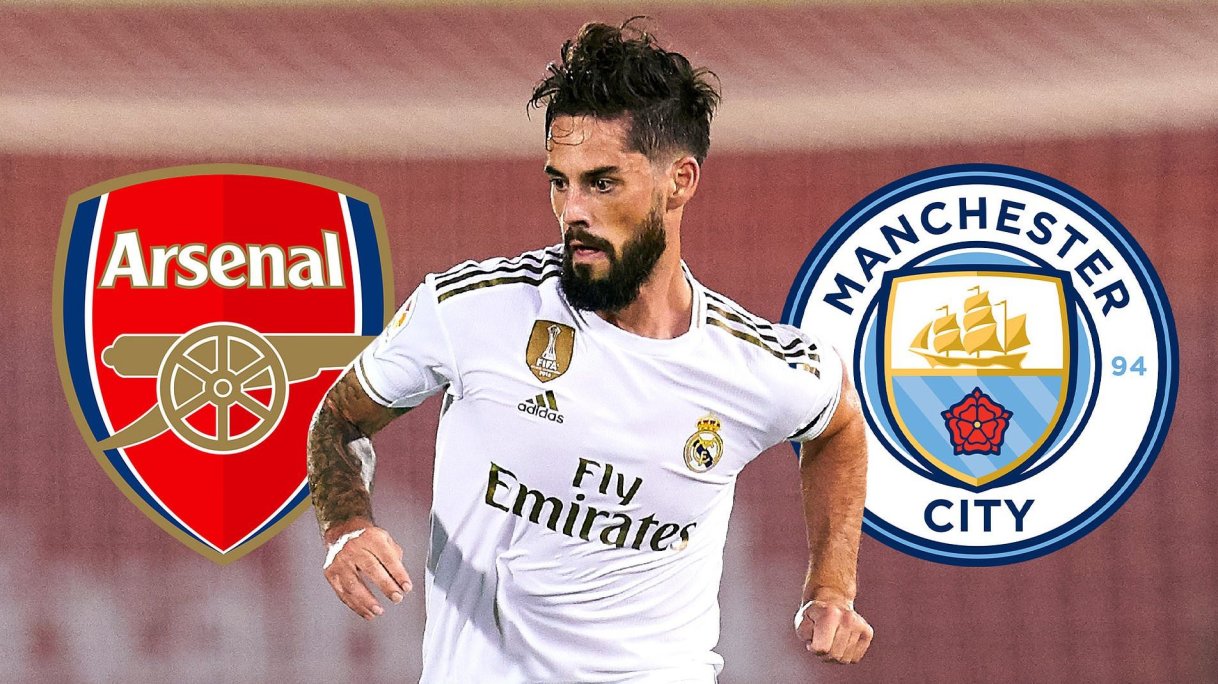 Arsenal are reported to be prepared to go head-to-head with Premier League champions Manchester City, for the signature of Real Madrid midfielder Isco. The Gunners want the former Malaga star as a replacement for Mesut Ozil who looks well past his prime and could be shipped off in the near future.

Ozil is seemingly not in the plans of Unai Emery at the moment and is a peripheral figure in the Arsenal squad despite commanding a mammoth wage. Even though Emery's future at the club itself does not look promising either, Ozil's fortunes are unlikely to change even if the Gunners opt to bring in a new manager.

The Gunners are looking to sign the same player, who was signed by Real Madrid as Ozil's replacement when the German moved to Arsenal back in 2013. Arsenal, however, are likely to face strong competition from Manchester City for Isco's services. The Cityzens have been long-term admirers of the stylish play-maker and are reported to be plotting a move for him next summer.

Manchester City will have to bid a goodbye to their long-serving play-maker and skipper David Silva at the end of the season. Pep Guardiola sees the Real Madrid midfield architect as the perfect player to fill in the shoes of his compatriot at the Etihad.

Isco is just 27 and has still plenty of football left in him. Therefore, he will certainly command a big fee, despite not being a first-team player at Real Madrid anymore. The Spaniard's career has seen plenty of ups and downs over the years and right now, it's not going well for him at the Bernabeu. The player himself is likely to open to moves if the right offer comes for him.

The former Malaga star has been more like a squad player, ever since Zinedine Zidane returned to the Real Madrid hot seat. Zidane has a lot of options now at Isco's position and his future does not look promising at all in the Spanish capital.

Isco is best suited in the number ten role but is well capable of playing in a number eight role as well. He can also fit in on either flank, especially the left-hand side. The 27-year-old is blessed with excellent technical ability and dribbling skills and would be a great fit at either Arsenal or Manchester City, given that they are both attacking-minded teams who like to keep the ball.

However, with Manchester city in the race, it definitely makes Arsenal's life a lot harder to convince the player to move to Emirates rather than Etihad, where he can realistically win a lot more trophies. Champions League football is another factor, that may see the player move to Manchester over London.