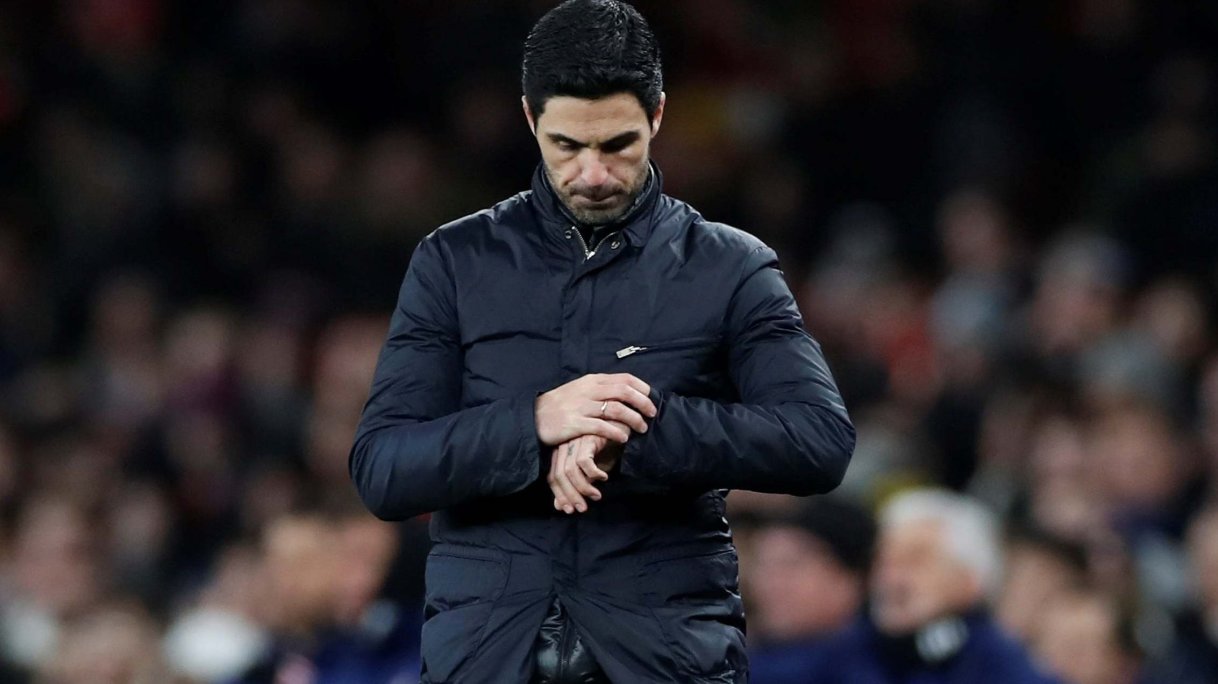 Mikel Arteta reflected on Arsenal’s stunning Europa League elimination at the hands of Olympiacos on Thursday.

Arsenal head coach acknowledged the fact that it will be very difficult for the Gunners to secure Champions League football via the Premier League after crashing out of the competition.

Arsenal were eliminated by the Greek visitors, who sensationally held on the away goals to claim Thursday’s extra-time victory. However, it was Pierre-Emerick Aubameyang’s spectacular goal which got them back in the game.

It turned out that the player could’ve and should have a converted an easy opportunity after the Gunners conceded just after scoring their first goal.

Arsenal had emerged as winners in the first leg of the last-32 but the game went to extra time after Pape Abou Cisse’s goal restored faith in the visitors.

Winning the Europa League would have gained Arsenal access to the UCL, having not featured in the competition since 2016-17, but the Gunners now have a really poor chance of getting there next season as they sit ninth in the Premier League.

They are currently seven points off the top four. Arteta while talking to the reporters in a post-match interview said, “Very hard because looking at the table we’re still far from the objectives that we all have, but we’ve been far all season from it and we have to keep fighting.”

Arteta also defended Bernd Leno, the reason behind the corner that Arsenal conceded and which helped the opposition to score a game just a few moments after the corner was taken. Arteta said, “It’s not only the first phase but the second phase of that corner that we conceded."

"Yes, the ball could’ve been kicked out but there was another situation to defend. The player got to tap-in in the six-yard box which is unacceptable and is something we have to improve on.”