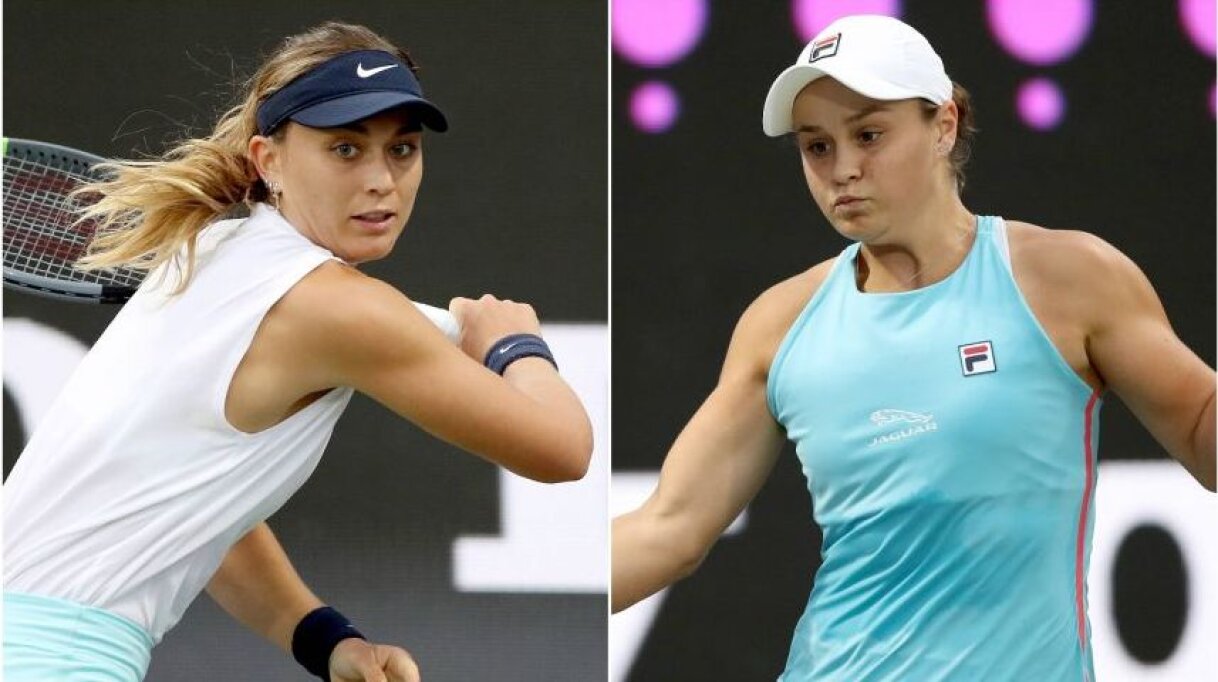 Ashleigh Barty overcame the stiff challenge of the ninth-seeded Petra Kvitova in a three-setter in the quarterfinals of the Madrid Open 2021.

The Australian began the match with a bang claiming the first set 6-1. Kvitova, a three-time Madrid Open champion bounced back grabbing the second set 6-3 to force a decider. However, the Czech's inconsistent serving proved to be the difference in the third set as Barty romped home taking it 6-3.

Overall, the World number 1 fired 6 aces, won 63.5% of her first-serve points, and also saved an impressive 5 out of 7 breakpoints. Barty also levelled her head to head record to 5-5 against Petra Kvitova.

On the other hand, Paula Badosa Gibert continued her dream run in the WTA-1000 tournament stunning the eighth seed Belinda Bencic 6-4 7-5 in the quarters. The Spaniard smashed 5 aces and clinched 81% of her first-serve points. Badosa will also move inside the top 50 of the WTA rankings next week for the first time in her career.

"I expect a completely different match, she (Barty) is the No.1 in the world, now she knows me, she does not like to make mistakes two times in a row, so for sure I expect a tough match and completely different to Charleston," remarked Paula Badosa expecting a big challenge from the Ashleigh Barty in the semifinals at the Madrid Open.

Ashleigh Barty is no doubt the player to beat on the WTA Tour. She has won 10 matches in a row against top-20 ranked opponents. The Australian is playing for the first time in the semifinals at the Madrid Open in her illustrious career.

The World number 1 also has a staggering 11-1 win-loss record in all the three-set matches played this season. Ashleigh Barty has also overtaken the 14-match winning streaks on clay of grand slam champions like Venus Williams (2004) and Simona Halep (2018-19) with 15 victories in a row on the surface.

Playing on a wildcard at the grand Caja Magica, Badosa has made history by becoming the first-ever Spanish woman to play the semifinals of the prestigious Madrid Masters tournament.

Barty can make her opponents commit a series of unforced errors with her stellar returning. The Australian can struggle against players who use the serve and volley strategy and are strong on the backhand side. The World number 1 controls the rallies effectively with a mix of backhand slices, lobs, and volleys.

Badosa has been able to finish off matches efficiently due to composure under pressure situations. The Spaniard has received massive support from the home crowd helping her beat two higher-ranked players (Anastasija Sevastova and Bencic) in a row.

The World number 62. Paula Badosa Gibert can have a good chance against Ashleigh Barty if she wins more than 80% of her first-serve points.

A win for the Australian will take her to a 4th singles final in 2021. The fast conditions will suit the World number 1's game and she has also not lost on the red clay surface for almost two years.

Paula Badosa can apply pressure on Ashleigh Barty with her deep returns and has to play with a nothing to lose attitude. But, she may not stand strong against the top seed's all-round game and excellent variety of shots.

Prediction - Ashleigh Barty to win in three sets against Paula Badosa Gibert in the Quarter-Final tie of the Madrid Open 2021.