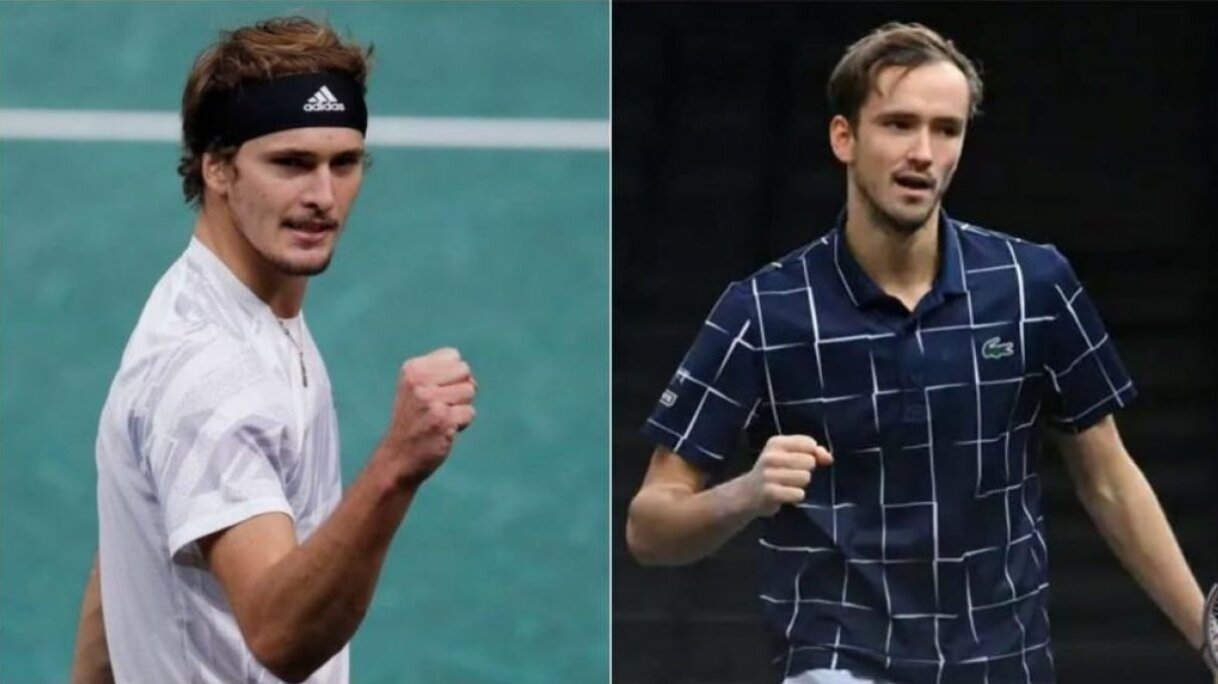 It is a battle of equals as Germany lock horns against Russia in the semifinals of the ATP Cup.

Russia qualified for the semis having won two league matches in a row.

Struff beat Dusan Lajovic in three sets in the last match. He has not lost a singles match in this year's ATP Cup so far. On the other hand, Rublev is also on an unbeaten run having won both his matches against Guido Pella and Yoshihito Nishioka in straight sets in the tournament.

Struff leads the head to head record 1-0 against Rublev.

Rublev would have got some useful match practice in the ATP Cup after missing last year's edition. He will aim to continue his hardcourt exploits this season after winning 4 titles on the surface in 2020.

Struff featured in the 2020 edition of the ATP Cup for Germany and won a couple of singles matches. He would have removed his rusty form and can also gain some crucial ranking points.

Some key numbers for Rublev

A few vital stats for Struff

Zverev lost a close three-setter to Novak Djokovic. But he pulled off a win in the deciding doubles encounter partnering Struff against Djokovic/Nikola Cacic. The German's nerves let him down as he committed double faults during the crucial moments.

Daniil Medvedev has been clinical so far winning both his matches against Diego Schwartzman and Kei Nishikori in straight sets. His relentless consistency has suffocated his opponents.

Zverev leads the head to head record 5-3 against Medvedev. All their matches till now have been played on indoor and outdoor hard courts.

Zverev loves playing in the ATP Cup as he considers as his favorite tournament and a way of contributing to his nation. After losing all his matches last year, he has turned things turn around as he looks to lead Germany to the title.

Zverev has smashed a whopping 31 aces, won 76.5% of his points on first-serve, and converted only 20% of his breakpoints in the ATP Cup so far.

Daniil Medvedev played for Russia in the 2020 ATP Cup. The team lost to Serbia in the finals. Generally, the Russian finishes his seasons on a high. Medvedev will aim to begin 2021 on a good note by winning some titles in Melbourne.

Medvedev has been ruthless so far with 16 aces, 73% of points claimed on his first-serve, and converted 56.25% of his breakpoints.

3 - The doubles combination has not yet been finalized by the teams. Germany will field the grand-slam winning pair of Kevin Krawietz/ Andreas Mies or Struff/Zverev. Russia will go with Aslan Karatsev/Evgeny Donskoy. Rublev may get a look-in if the match is the decider.

So, who is your pick for the finals? Will Zverev lead Germany to their first ATP Cup final or will Medvedev maintain Russia's unbeaten run in the tournament? Do let us know in the comments below