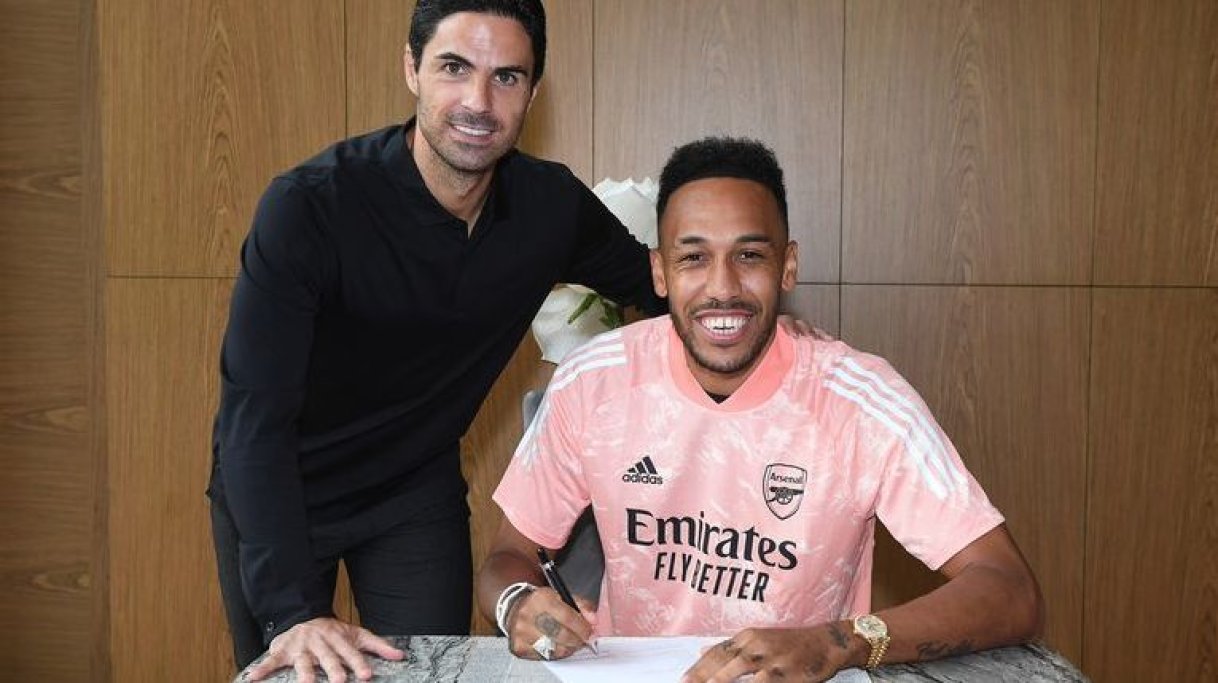 Aubameyang signs new contract keeping him at Arsenal till 2023

In an exciting turn of events for Arsenal fans all over the globe, club captain and their premium goalscorer Pierre-Emerick Aubameyang has agreed to extend his stay with the Gunners till 2023.

The Gabon international was heading into the last year of his contract and fans were scared of losing their talisman as he ran down his contract to leave for free or a nominal fee, which had been a recurring thing for the previous few years. However, the former Borussia Dortmund star has put an end to all the fears as he expressed his desire to become an Arsenal legend.

The 2018-19 Golden Boot winner will now continue to lead the Arsenal revival project under a hugely impressive Mikel Arteta. It has been speculated that the club’s revival under the stewardship of the Spaniard played an important role in his decision to sign the new contract. He is expected to earn somewhere around £250,000 ($320,000) per week under the new deal.

He further added that he is really happy to extend his stay as he feels he is at a special club. He has seen incredible players, passionate players, invincible players ply their trade here at Arsenal and he dreams of becoming one of them.

"I feel so good here, it's a great day and I hope you enjoy your day. I signed the contract because I want to become an Arsenal legend and to maybe leave a legacy. It's time to work a lot to become a legend, I know, but I will give my best as always.”

Aubameyand had a special message for the Arsenal supporters as well - "I can't wait to see you in this beautiful stadium again. Hopefully, it's going to be soon. I'm really happy to be staying here and really proud to be part of this family."

Manager Mikel Arteta and technical director Edu also expressed their joy as Aubameyang follows the path of Thierry Henry, Dennis Bergkamp, and Tony Adams instead of players who left when the club needed them the most.

Arsenal looks different this time around and with the skipper signing a new deal, they will be hugely motivated to go for all the trophies. Premier League should look out for them as Gunners look to return to their former glory.