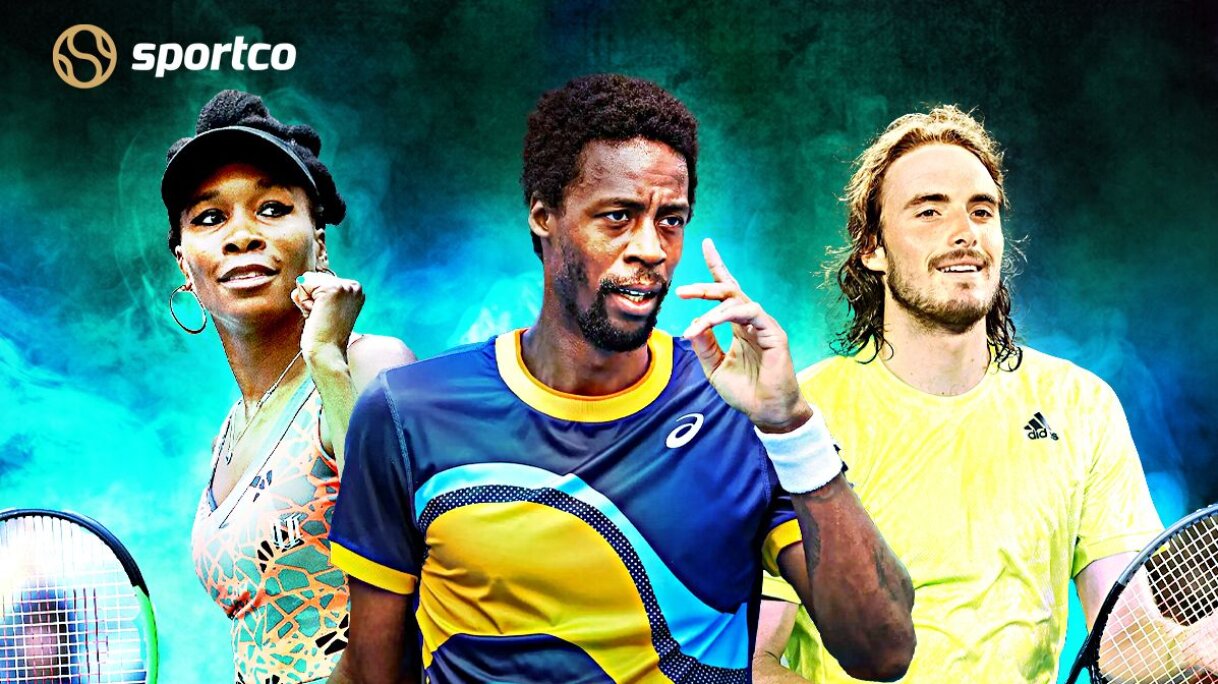 The first grand slam of the year is underway in Melbourne, and even with all changes due to COVID. We got to witness some spectacular matches filled with some high flying action and moments to remember.

As we stand at the brink of Round 3, we bring to you some interesting numbers that are sure to pique your interest.

French tennis player Gael Monfils although on the losing end of his match against Emil Ruusuvuori, has made a mark by being the men’s leader in holding the record for fastest serve speed of 232km/hr in Australian Open 2021 at the end of Day 4. While it’s Serena Williams with the speed of 200km/hr that leads the women’s section.

39-year-old Feliciano Lopez has shown no signs of slowing down as he makes a record with his 75th consecutive Grand Slam appearance having no else made more.

The Spanish international hasn't missed any Grand Slam since the French Open in 2002 with only Roger Federer, Who is missing the Australian Open for the first time due to injury, has played more in total, 79 compared to the Spaniard’s 76.

As we concluded Day 4 of the Grand Slam in Melbourne, We had two rounds of play over and a total of 77 tie breaks in this edition of the Australian Open providing us with some enthralling moments of excitement. With more games left to play, there is a lot more to look out for.

1976 was the year an Australian men’s national was able to win the competition with Mark Edmondson being the man of the moment. It has been 45 years ever since the Australian national won the Men's Singles at the Australian Open. It's a matter of pride, and as round 3 begins, 2 Australian’s remain hoping this is their year.

4 hours and 32 minutes (total of 272 minutes) is the record for the longest match so far of Australian Open 2021. The match between T. Kokkiinakis and S.Tsitsipas had an intense battle as the two traded blows as time went on.

The record for the longest match in the Australian Open stands at 5 hours 53 mins, In the match between Novak Djokovic and Rafael Nadal.

The Canadian International Milos Raonic looks to have really worked on his serves before the Grand Slam with find success 92 times from 103 serves, holding a success rate of 89%. With Shelby Rogers finding the most success in the women’s singles with 86%, hitting gold 44 times out of 51 tries.

Venus Williams, hailing from the United States of America has played 21 times at Melbourne Park. Having won 7 grand slams in her lifetime, She sets out in the Australian women to add another to her name.

Serena Williams often called the Queen of the court, considered the greatest tennis player in history in the women’s singles has won 87 games entering the Grand Slam in 1998. She has won 23 Grand Slams to date, 7 of which have come at the Australian Open.

We hope you liked the crunching numbers of Day 3 and Day 4. Which did you find the most interesting? Stay tuned with Sportco. For the upcoming days as we will bring you more mind-boggling numbers.