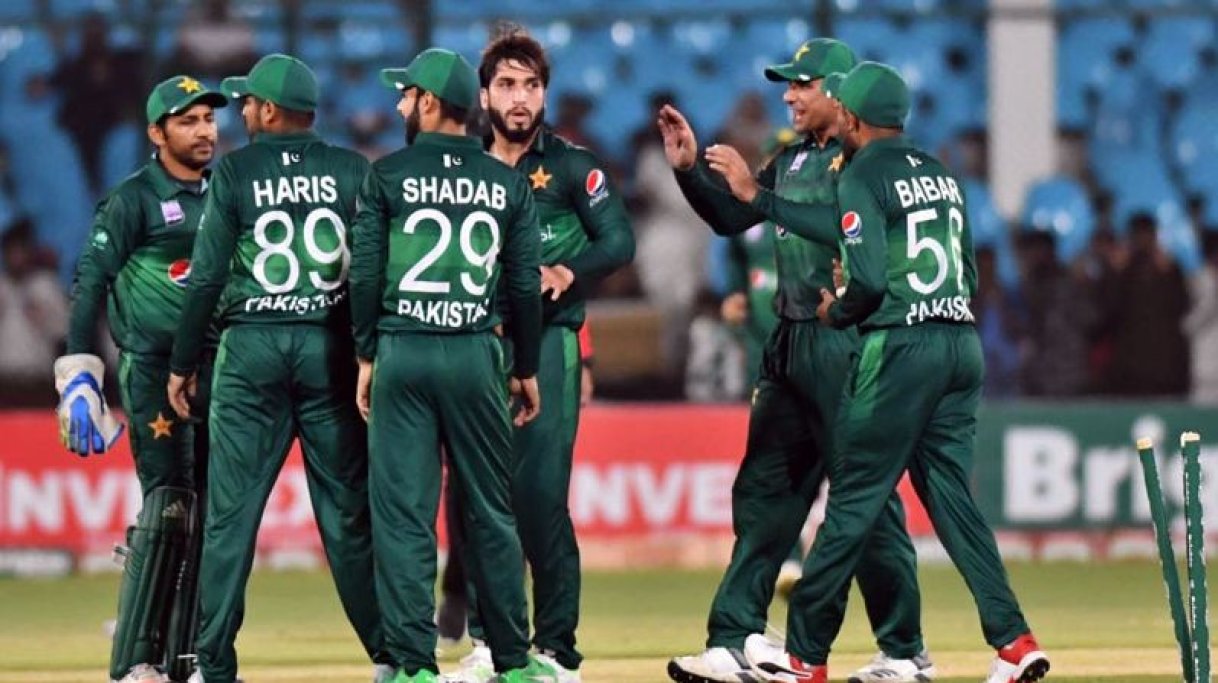 Watch the highlights of the drama and action filled match here:

The Pakistan team, playing their first game at home after 10 years, put on a grand show. The Pitch had nothing to offer for bowlers and allowed batsmen to play with ease.

It was Babar Azam's day in the sun in front of his home crowd. He set up the game beautifully for the Pakistani middle order. His 115 off 105 balls and 3rd-wicket partnership of 111-run with Haris Sohail was the rock upon which Pakistan's batting was constructed.

He notched his 11th ton and his 3rd against Sri Lanka. He has already crossed 1000 runs for the calendar year in 19 innings, with an average of 62.41.

It was a high quality inning. He looked comfortable throughout. He hit his first boundary off his 11th ball. The next over, he took on the leggie, Hasaranga and launched him over mid-wicket. The singles and doubles were collected effortlessly and he looked in supreme touch.

After he reached his half-century, he upped the ante. The World No.3 ODI batsman quickly changed gears launching Hasaranga for two more sixes in the 34th over. With an increase in the duration he spent on the crease, his batting became more resplendent.

He reached his hundred in style off his 97th delivery, dismissing a short, wide ball ball to the backward point boundary. He along with Haris Sohail and opener Fakkar Zaman, who scored 54 runs provided Pakistan a brilliant platform on their return to their home surroundings. Soon, the pair departed in the death overs. But their work didn't go in vain. Iftikhar Ahmed continued the carnage, scoring 32 off 20 balls, including two fours and two sixes. Pakistan accumulated 72 runs in the last 7 overs, taking their total to 305.

Shinwari and Amir were the pick of the bowlers. The former finished with figures of 5/51 while the latter picked a solitary wicket but gave away only 21 runs off his 7 overs which included a maiden.

Sri Lanka's batting started with promise as Gunathilka creamed the first-ball of the innings to the cover boundary. They had scored 18 runs off 23 balls when Shinwari's peach of a delivery seamed in, clipped the inside edge of Gunathilaka. Samarawickrama departed a couple of overs later, leaving the Lankans reeling at 22/2 with the promising start not mushrooming into anything more.

Things only changed from bad to worse when Fernando departed for a 7-ball duck. The score was still 22 when skipper Thirimanne, who had just landed at the crease, inside-edged a ball that nipped back at him only to be caught behind by his Pakistani counterpart.

Jayasuriya and Shanaka successfully steadied a sinking ship. Their batting has to be commended not just for the stroke-play but for the presence of mind with which both the batsmen went about their innings. The risk-free running between the wickets to collect the singles and twos gave the batsmen more confidence to take on the bowling.

It was a bad outing for Shadab Khan, the Pakistani leggie, as both batsmen took a liking to him. He bore the brunt of their onslaught, giving away 76 runs in his 9.5 overs. Shanaka kept the momentum going while Jayasuriya steadied himself.

The 177-run 6th wicket stand was broken in the 41st over, and both batsmen departed in a space of minutes, leaving 101 runs still required. Jayasuriya fell 4 runs short of his maiden century when he edged Shinwari's delivery into the waiting gloves of Sarfaraz. Shanaka was dismissed when he did not put away a short-ball by leggie Shadab cleanly. The ball caught the toe end of his bat and Fakar Zaman completed an excellent catch.

This was the final nail in coffin for the Sri Lanka and Pakistan wrapped up the game by the end of the 47th over.

Pakistan has found a dependable No. 3 batsman in Babar Azam. He has the mind and mettle it takes to anchor an innings, building on a good start by the openers. He can keep the scoreboard ticking and also advise his batting partner on how to approach an innings and play the game according to the situation.

Usman Shinwari has become a key part of Pakistan's bowling plan! The left-arm pacer, who has been playing from 2017 has excellent numbers in ODI cricket.

3. ODI cricket is back to Pakistan

This is the first match being played in Pakistan after a break of almost 10 years. Amid tight security with 2,000 security personnel deployed in the hotel and the stadium, almost 12,000 fans turned up at the stadium to witness the return of ODI cricket on their home soil.

Sri Lanka did not seem in command of the game at any point of time. With many experienced players opting out of the tour citing security concerns, the Lankan team desperately needed their more experienced batsmen to step up. Both the management and players need to sit and sort out their batting approach before the next game.

Records made and broken