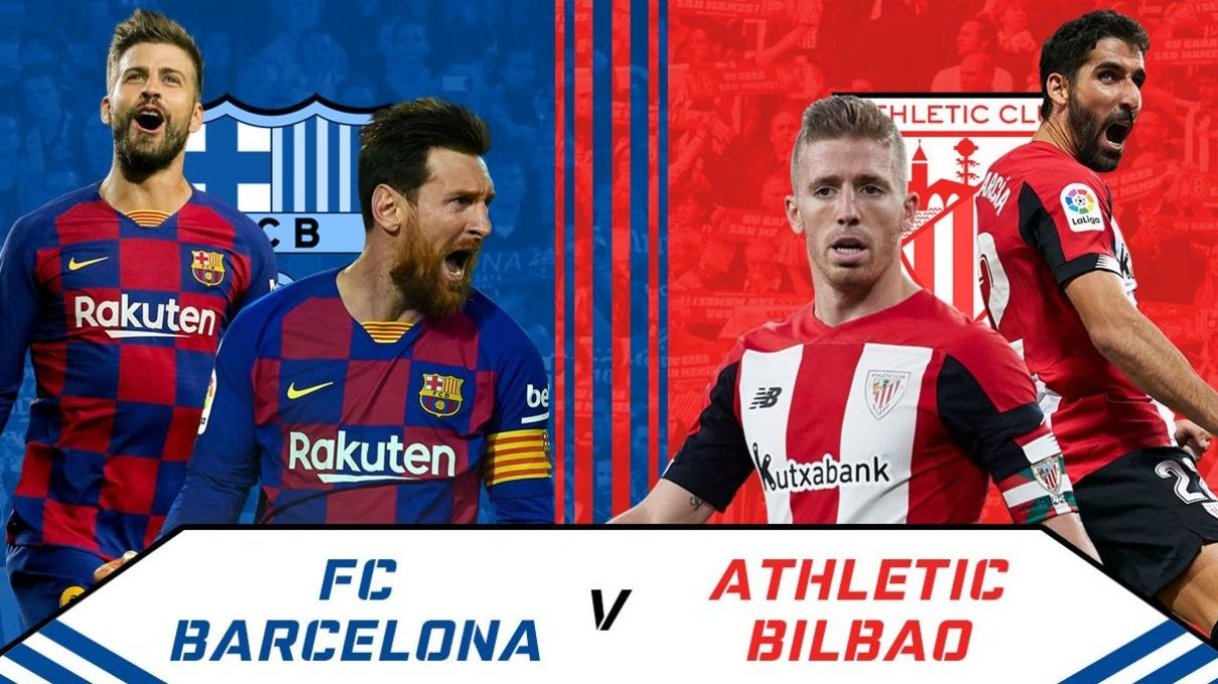 Barcelona are going to face Athletic Bilbao in the Spanish Super Cup final on Sunday night.

Both the teams have come a long way to secure their place in the finals.

The Spanish Super Cup was supposed to be an El clasico; however, Athletic Bilbao shattered Real Madrid’s hopes after knocking them out of the competition thanks to Raul Garcia, who scored a brace for Athletic Bilbao.

De Jong scored the first goal with a header, though Real Sociedad equalized within 10 minutes through a penalty after a handball by De Jong in the box; Ter Stegen was the leading player in the game who made crucial saves, kept his goalkeeping watertight.

In a recent meeting, Barcelona has already registered a 3-2 against Bilbao in La Liga, with the help of Lionel Messi scoring a brace at the San Mames.

Both the teams have played 57 matches against each other until this date. In those games, the cules have won 37 and Bilbao have managed only 12 successful wins.

Barcelona have also been in robust form off-late, winning five consecutive matches, whereas Bilbao has won only two games in their last five games.

How will both the teams will Line-up?

Injury-ravaged Barcelona will play the same starting XI which they played against Sociedad; with superstar Lionel Messi being doubtful for the match. He might come as a substitute in the game against Bilbao.

In Athletic Bilbao’s case, there are no fresh injury concerns for the team, and the same players will start against Barcelona.

Barcelona have started to regain their form. If Messi gets the green light to play the match, then it could be a massive boost for Barcelona to win the game.

It will be a challenging task for Bilbao as they appointed a new manager recently and it might be too early to predict Marcelino’s impact on the team.