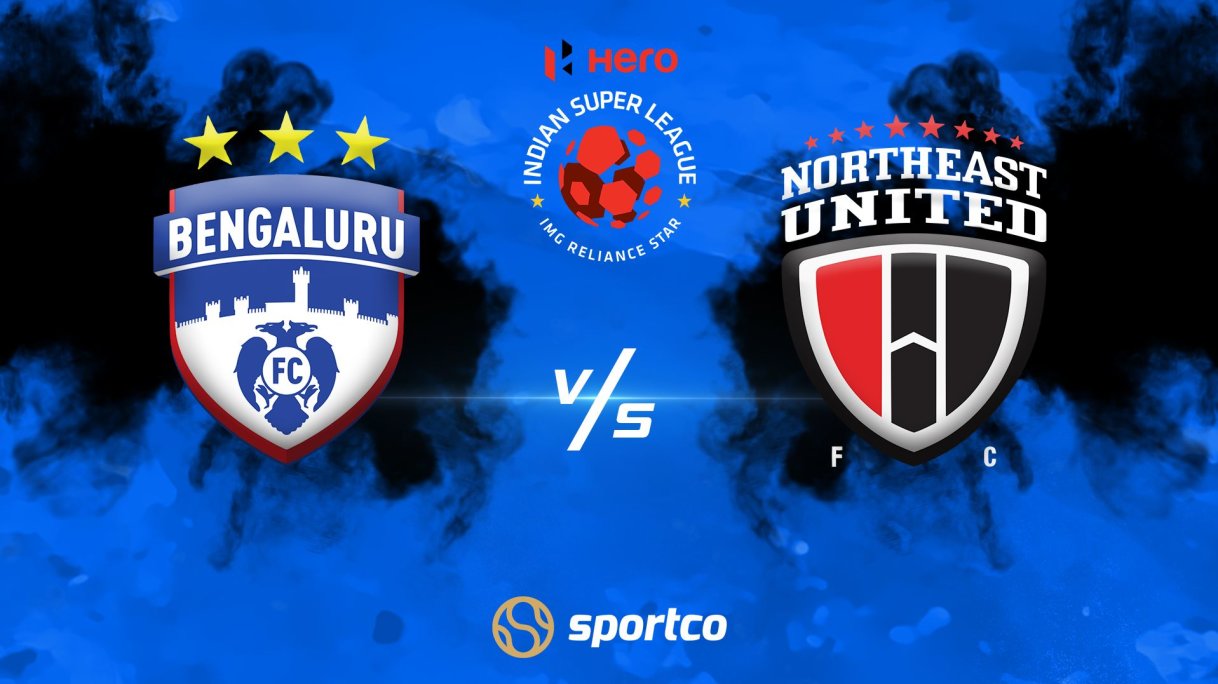 After two back-to-back draws against Goa FC and Hyderabad FC, Bengaluru boss Carles Cuadrat got some relief as his team managed a victory against Chennaiyin FC. A Sunil Chhetri spot-kick was the difference-maker, in the game that went down until the wire.

Bengaluru has struggled with their fitness regimes at times, and they are giving their best even though they had a shortened pre-season. NorthEast United, on the other hand, are safe and sound, currently enjoying their time in the top four of the Indian Super League, with two triumphs and two draws.

Idrissa Sylla and Kwesi Appiah, are two players who are the front-runners for them and have fired two goals each. However, the fact that they picked four points from games against Goa FC and Mumbai City FC, shows that they are pretty strong and have clear intentions, to win the title.

The business end of the season is approaching and Bengaluru FC would hope that they try to get as much as they can to secure important points to their name, something that will help them with momentum and self-belief.

Bengaluru need more enthusiasm moving forward, in order to alleviate any defensive concerns. NorthEast though will try to use the struggles of the Blues to most of their advantage because of the fact that they are still looking to find their feet in the tournament.

Despite all their nervousness this season, Bengaluru are the dominant side, having lost only once in the last six games between the sides.

Bengaluru FC are at the bottom for number of shots attempted, while their opponents are second.

Bengaluru have conceded only four goals against NorthEast United in the total six games played between the two. Meanwhile, they have managed to score 10.

Bengaluru played without Udanta Singh in their victory against Chennaiyin, with Deshorn Brown leading the line alongside Chhetri and Cleiton Silva. For NorthEast United, Suresh Wangjam shows some spark in the game, and things may fall into his favor soon.

The second half of their previous game saw some fantabulous passage of football and that may encourage Cuadrat to field the same XI.

Gerard Nus has hinted that his team have faced some casualties in the squad in his most recent press conference, but he may not make any changes to the XI that won against SC East Bengal.

The youngster was really impressive against an instrumental performance against Chennaiyin FC. This is the prime reason that the 20-year-old will be looked like an important prospect for the club. His energy on the field is exceptional and has convinced the manager to use the India U-17 player as a key player moving forward.

The Ghana international is very dear to his side, and Gerard Nus has complete trust in the player. Mumbai’s Igor Angulo exploited them in scintillating fashion and that is something Nus would want Appiah to do.

Both the teams have been impressive this season. As the two sides haven’t tasted a defeat yet. Both the teams play fascinating football and it will be interesting to see who comes on top in this high-profile fixture.