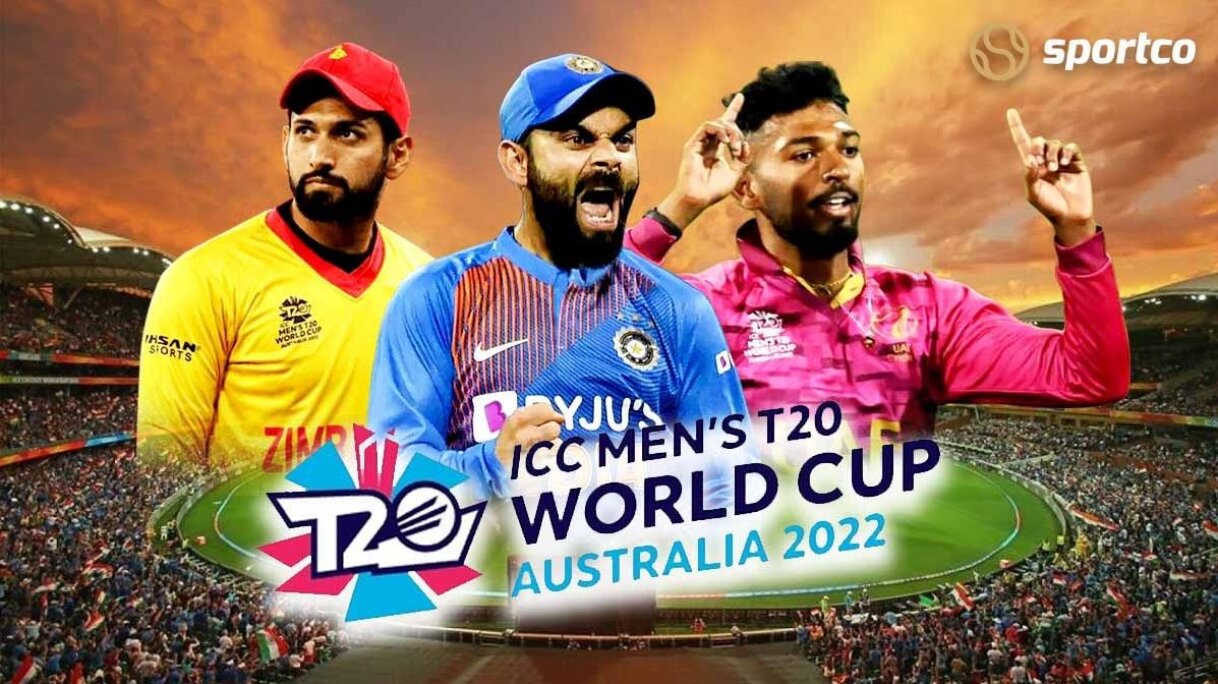 Rain has played a spoilsport in this World Cup, which stopped some crucial games half way and has even abandon the games without a ball being bowled. However, there were many exciting moments like hat-tricks, upsets, thrilling matches and amazing catches.

Karthik Meiyappan is an Indian born cricketer who made his international debut for UAE at 8th December 2019 against the United States. His ability to fox the batsman with his leg spin got him selected in the UAE squad for the 2022 T20 World Cup.

His hat-trick wasn't an ordinary one as he picked wickets Sri Lanka's best batsman. He first took the wicket of Bhanuka Rajapaksa. He removed Charith Asalanka the next ball and he completed his hat-trick by getting the Sri Lankan captain Dasun Shanaka cleaned bowled.

His hat-trick set the cricketing world on fire and it sent a message to not take the associate nations lightly.

Namibia beating Sri Lanka was the best way to start the 2022 T20 World Cup. Everyone expected the Asia cup champions to run through Namibia but boy. were they proven wrong!

Sri Lanka won the toss and asked Namibia to bowl first. The Namibian's played fearlessly and took down a good Sri Lankan bowling attack. Loftie-Eaton, Stephan Bard and Jan Frylinck contributed with the bat and scored a respectable total off 163 in 20 overs.

The Sri Lankan batsman were bamboozled by Namibia's bowling attack as they bowled tight lengths and gave no room for the batsman to hit. Namibia's victory over Sri Lanka set the tone for this T20 World Cup and it was the first upset of many.

Australia won the toss and asked Sri Lanka to bowl. In reply, Sri Lanka set a par score of 157. 2 quick wickets of David Warner and Mitchell Marsh had put Australia in a difficult position. But as they say, when the going gets tough, the tough gets going.

Marcus Stoinis comes out to bat and without taking any time to settle, he starts to attack from ball one. He takes on Sri Lanka's best bowler Wanindu Hasaranga and smashes him for consecutive boundaries. He set the record for the fastest 50 in the T20 World Cup for Australia. This innings of brute force by Stoinis was a treat to watch for all fans and hopefully we can see more of this from the Australian all-rounder.

2) Zimbabwe upset the Men in Green

2 minutes silence for the people who missed an absolute thriller between these 2 teams. This match was entertaining and never had a dull moment from ball one. Zimbabwe shock the cricketing world and upset former T20 champs Pakistan. Zimbabwe also virtually knocked out Pakistan from the semi finals, making the group 2's points table even more interesting.

Virat Kohli played the innings of his life at the MCG with 90,000 + fans in attendance and more than 7 million fans watching world wide. Pakistan scrambled to 160 in the first innings after a brilliant bowling effort by Arshdeep Singh, Hardik Pandya and Bhuvneshwar Kumar.

However, Pakistan were not going to stay down as their bowlers ran through India's top order with Haris Rauf and Naseem Shah being to tough to play for India.

A partnership between Hardik Pandya and Virat Kohli gave some hope to the Indian fans as the they counter attacked Pakistan's bowling attack. The best moment from the match comes when India required 28 from 8, and Kohli smashes Haris Rauf for back to back sixes, one straight over the bowler and one over fine leg. It was a sight to never forget as 90 thousand fans at the MCG erupted with joy.

With 16 needed from the last over, Kohli with the help of Ashwin won the match for team India. The post match interviews showed an emotional Pandya and Kohli celebrating India's win. This is a match fans will never forget and Virat Kohli's innings will be written in the history books as on of the greatest knocks of all time.

Do you agree with our list? Is there any moment we should have mentioned? Leave your comments below and don't forget to subscribe to Sportco for more content.