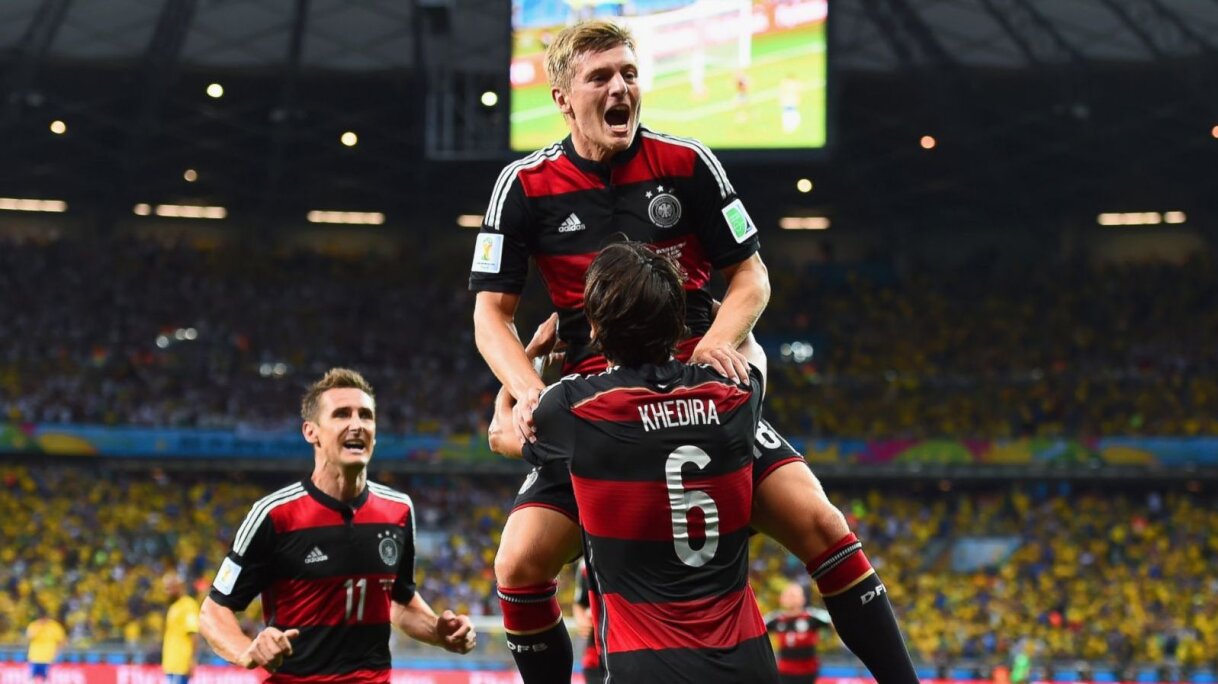 FIFA World Cup, the greatest sporting event in the world has produced numerous iconic moments in the history of the game. Moreover, sticking to iconic moments World Cups have produced some unexpected defeats and underdog stories.

Here are our 5 biggest and most unexpected upsets in World Cup history:

It was the final in Rio de Janeiro, with host Brazil up against neighbors Uruguay. The victory for Brazil was expected and assumed to be, with a couple of newspapers even going further to congratulate Brazil before the game. Brazil were the South American champions back then, with their Copa America triumph in 1949 having scored 46 goals in 8 matches which includes 8-0 thrashing to Paraguay in the final.

In the final, a crowd of 173,850 attended the Maracana Stadium, in Rio de Janeiro, as the home side took the lead just before halftime, however, goals from Juan Alberto Schiaffino and Alcides Ghiggia in the second completely silent the biggest crowd. Later the match was dubbed as Maracanazo, meaning "The blow of the Maracana".

The 1966 World Cup is mostly remembered for England's World Cup triumph, however, the tournament produced one of the biggest upsets in the history of the prestigious tournament.

The Italians were one of the favorites, whereas, North Korea were the first Asian side to qualify for the World Cup finals, but the North Korean side were a surprise package of the tournament.

After losing the opening group game to Soviet Union 3-0, the Asian side shocked the world by beating the Azzurri side 1-0, as Pak Doo-IK's goal proved costly in the thrilling encounter and also squeezed out a draw against Chile. However, Italy's early exit from the tournament caused outrage upon their return.

Argentina were on top of the world winning the 1986 World Cup and making headlines with Diego Maradona World Cup. The great Maradona's iconic goal is not only considered the goal of the century but also the greatest goal ever scored in the World Cup and in the history of the game.

However, four years later, the reigning champions faced the unexpected, as they saw defeat in the very first match against Cameroon, as the African won the game 1-0.

The result was even more surprising as Argentina had greats such as Diego Maradona, Jorge Burruchaga, and other members of the world champions, and Cameroon were down to 10 men having picked up a red card, however in the 67th minute Francois Omam-Biyik scored the only goal of the match.

Cameroon went on to reach the quarterfinals of the Italia90, losing to England in the last eight.

Defending champions France had a strong team in the 2002 FIFA World Cup Korea, and Japan consisting of Patrick Viera, Zinadine Zidane, David Trezeguet, Thiery Henry, and many more, however, their party was spoiled by World Cup debutants Senegal.

In the Group A match between the two sides, Pape Bouba Diop's goal stunned the reigning champions. Another historic feat for an African side in the tournament's history having previously seen  Cameroon achieve the same when defeated then-reigning champions Argentina in 1990.

That performance on the Seoul night against Les Blues put the Senegalese squad on the map, as they reached the quarterfinals. Meanwhile, France were out in the group stage with zero points and zero goals.

The game at Estadio Mineirao can be drawn comparison to the disaster of Maracana in 1950, as both incidents led to shock and pin drop silence among the Brazilian crowd at the final whistle of the match referee in the game.

A thunderous occasion before the game as the home team were up against the mighty Germans who eventually won the cup. The game was expected to be a close affair given both the team's caliber. However, in the contracting event, Brazil was down 5-0 in halftime and lost the game 7-1 in front of thousands of their own spectators. Later, the game was dubbed Mineirazo, meaning The Mineirao blow.

The result against Germany equaled Brazil's heaviest margin of defeat, a 6-0 loss at the hands of Uruguay in the 1920 Copa America. Moreover, this was Brazil's first defeat at home in 12 years.