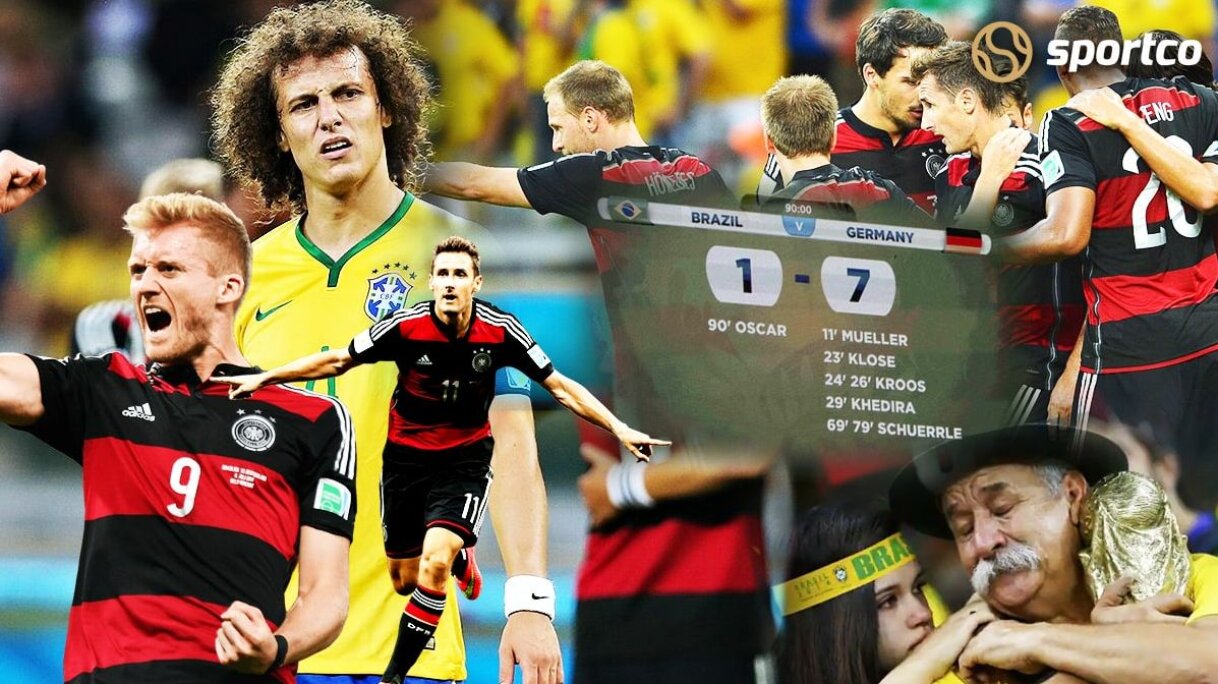 The 2014 World Cup semi-final game between Brazil and Germany is ingrained in the memories of many football fans.

A scoreline that is hard to fathom for Brazilian fans, however, not taking anything away from the Germans, who were at their ruthless best on the night.

The Brazilian horror show witnessed in their own country was baffling and left the fans in trauma.

We relive the memory of the 2014 FIFA World Cup semi-final match between Brazil and Germany.

Both the nations have announced their starting eleven for the most prominent fixture of their lives, and the teams are waiting in the tunnel, players greeting each other.

The Stadium is fully packed, and both sides' fans are exultant, waiting for the players to come out of the dugout.

Brazil 1-7 Germany: As it happened!

Kick-off: The referee blows the whistle, and we are underway with Brazil without their star player Neymar and Germany looking to overcome Brazil.

11 min: GOAL!! Germany are off the mark from a corner. Muller is left unmarked in the penalty, who pounces on the opportunity with a perfectly timed volley, beating Julio Cesar. Brazil 0-1 Germany!

23 min: GOAL!! Germany are on a mission as they are now two goals ahead of Brazil. Miroslav Klose creates history by becoming the all time top scorer at the FIFA World Cup. Brazil 0-2 Germany!

24 min: GOAL!! Germany are rampant at Belo Horizonto! Toni Kroos gets his name on the scoresheet with an impressive placement from his left foot in the bottom left corner. Brazil 0-3 Germany!

26 min: GOAL!! Germany are in Kroos control! And it's not even half-time. Toni Kroos, with a second goal to his name after Kroos and Khedira disposses Fernandinho. Brazil 0-4 Germany!

29 min: GOAL!! Brazil are being ripped apart by each German player. Germany are now 5-0 up, and Sami Khedira with the fifth goal after his right-footed shot from the center of the box to the bottom left corner. Brazil 0-5 Germany!

35 min: Brazil are being picked up from each position, and the players' dejected face tells us the scenario of the game. They are missing their star player Neymar, whose presence could have given Brazil a massive boost.

HALF-TIME: And here is the half-time whistle. Players now walk towards the tunnel.

69 min: GOAL!! Germany are now 6-0 up. Andre Schurrle's great control on his chest blasts the ball  in the bottom right corner. Now it looks like a walk in a park for Germany. Brazil 0-6 Germany!

79 min: GOAL!! Brazil are dismantled on their own turf as Andre Schurrle blasts one past Julio Cesar with his left foot. The Brazilian players look down in embarrassment as Germany scores their seventh goal. This humiliation will be remembered for years. Brazil 0-7 Germany!

92 min: And here is the final whistle; Brazil are out of FIFA World Cup with a humbling defeat, and players are looking to hide their face. The home fans have gone through one of the worst times in their football history.