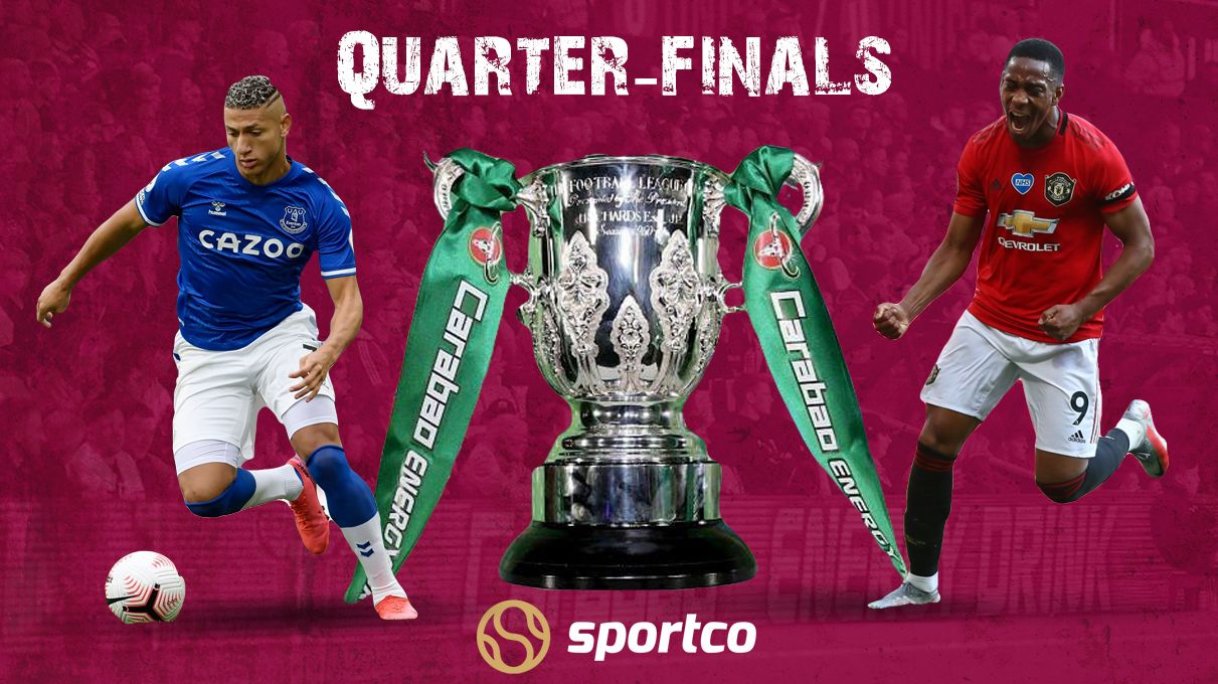 Everton will host Manchester United again as the sides face each other in the Carabao Cup quarter-finals weeks after playing each other last month.

Carlo Ancelotti led Everton are level on points with the Red Devils although they have played one game more. Manchester United haven't looked back after their shambolic performance at Old Trafford against Tottenham and former boss Jose Mourinho.

Manchester United have managed to pick 19 points out of the possible 21 in their last seven league games, something no one would've expected from them after some disappointing performances in the Champions League.

Everton, on the other hand, hasn't been bad either despite missing some key figures in their squad. Will the Red Devils come on top again? Or does Ancelotti has concocted something for them?

Everton has managed consecutive victories against Chelsea, Leicester City, and Arsenal after a disheartening draw against Burnley. The team seems to have adjusted without their skipper Seamus Coleman, new signing James Rodriguez, and the latest and perhaps the most key player Allan.

Gylfi Sigurdsson has been instrumental in keeping the pieces together while Alex Iwobi, Richarlison, and Dominic Calvert-Lewin have managed to build some solid chemistry.

For Ole Gunnar Solskjaer and co, things have looked better for them since they were knocked out from the Champions League. They have been doing well and like several pundits have said, if United keep winning their games until January, we could see a thriller between the Reds and the Red Devils to decide how things will turn out for both the teams.

Manchester United have some difficult fixtures on the road as they take on Leicester, Wolves, and Aston Villa before facing Jurgen Klopp's Liverpool.

For the hosts, Everton, Lucas Digne, Fabian Delph, Allan, and Jean-Philippe Gbamin are all sidelined, with Andre Gomez who remains a doubt. A huge positive is a possibility of James Rodriguez starting the game.

For United, a wide range of options are available. However, Scott Mctominay will surely not be featuring after he limped off against Leeds United in the dying minutes of the game.

Paul Pogba and Edinson Cavani will be the probable contenders to start, while it is uncertain whether Bruno Fernandes will be playing or resting.

Considering Manchester United's win the last time the sides faced each other, the Toffees will surely aim to start on the front foot and cause United problems. It is only a matter of time that we witness Manchester United counter-attacking them with full strength or soak the pressure.