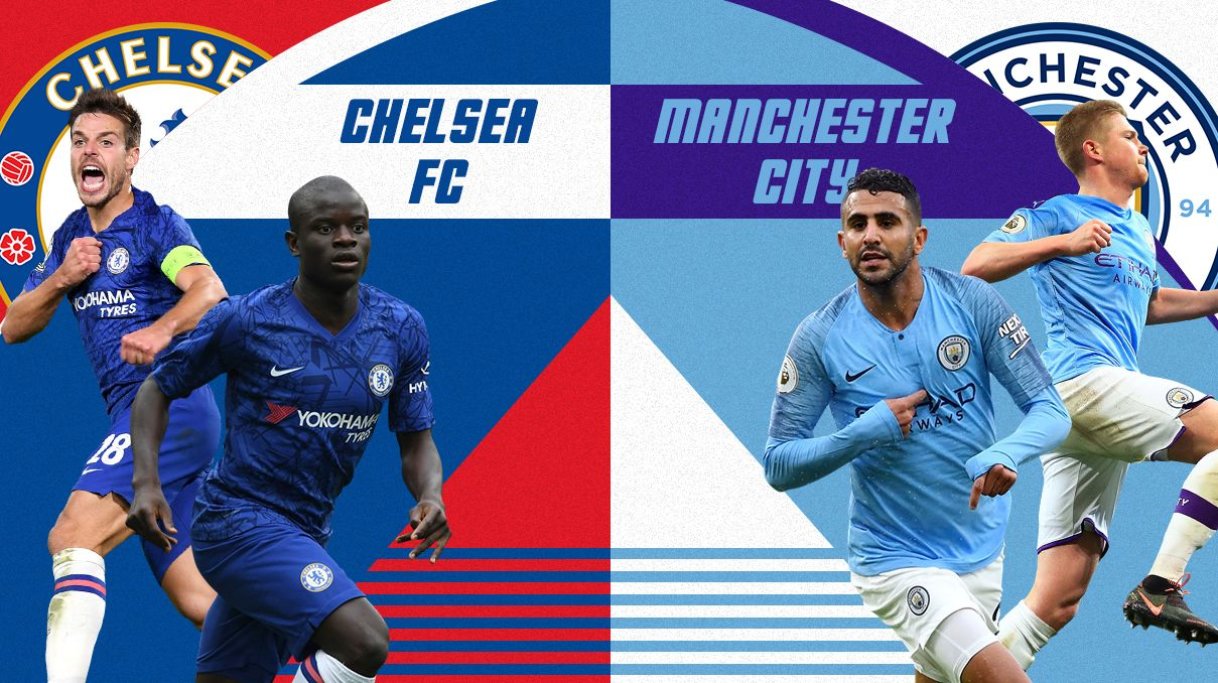 Another week and another clash of Premier League giants as Pep Guardiola’s Manchester City play host to Frank Lampard’s Chelsea on Friday night.

The 2019-2020 Premier League title might be out of their hands, but both clubs will still be looking to make a statement. The stakes are higher for the visitors as they are embroiled in a fight for a Champions League spot with Manchester United and are also only four points behind third-placed Leicester City.

Chelsea have been in the news recently due to their acquisition of RB Leipzig star striker Timo Werner. The Blues’ transfer activity has primed them to make a run for the title next season. Guardiola and Manchester City, therefore, would be looking to send a message that they will not make things easy for Chelsea.

Both sides have had positive starts since the Premier League resumed action last week.

Manchester City kicked off with a 3-0 win over a hapless Arsenal. Two critical mistakes from David Luiz helped City score their first two before Phil Foden added another goal.

They followed up that with a sensational 5-0 win over Burnley. Foden was the star, scoring a brace. A feat that was matched by Riyad Mahrez. Club captain David Silva was the other player on the scoresheet for the Cityzens.

Lampard’s Chelsea survived a scare this past Sunday as they squeaked through to a 2-1 win over relegation battlers Aston Villa. The Villains scored in the first half through Kortney Hause but Chelsea overturned the deficit in span of two minutes in the second half.

Guardiola has had the edge over Chelsea in recent history. The Cityzens have won four of their last five Premier League meetings against Chelsea.

In addition to that, Manchester City also defeated the Blues on penalties in the 2018-19 League Cup Final – the one where Kepa Arirzabalaga decided to play manager.

Manchester City defeated the visitors 2-1 in the reverse fixture this season at the Etihad Stadium. Kevin de Bruyne and Mahrez were on target for City while N’Golo Kante scored for Chelsea.

Manchester City’s biggest absentee will be record-goalscorer Sergio Aguero. The Argentine forward twisted his knee in the win over Burnley and has traveled to Barcelona for further assessment. It is likely that he will miss out on the remainder of the season.

For Chelsea, Jorginho will return after serving his suspension.

Fikayo Tomori is unlikely to feature and doubts surround Tammy Abraham as well though the forward might feature as a substitute.

A battle between two energetic players to control proceedings.

De Bruyne is having a sensational season and is on track to break Thierry Henry’s record of 20 assists in a single Premier League season (the Frenchman did it in the 2002-03 season). He has also been a thorn in the side for his former club and Lampard would be focusing on stopping the Belgian midfielder.

Kovacic, after an inconsistent start to his Chelsea career, has blossomed under Lampard. The Croatian has adapted to the pace of the Premier League and plays a key role in rotating possession alongside Jorginho.

The Croat will have to be more alert on the defensive end in this game in order to curtail de Bruyne’s creativity. He’ll also need help from his full-backs so as to stop de Bruyne from sending in his trademark crosses

Pulisic, the American hope, has struggled to make his mark for the Blues due to a myriad of reasons – injuries being the primary one.

Yet, he was the gamechanger for Chelsea in the win over Aston Villa as he added the spark in the final third that Chelsea needed to get the three points.

Guardiola and Kyle Walker would be keeping a close watch on Pulisic in the game. The former Borussia Dortmund man is adept at cutting inside and troubling defensive units. Walker will have to work with his defensive partners to push Pulisic out and reduce the space he is working with.

Foden has been touted as the most promising talent in England yet game-time is hard to come by for him.

He lapped up the opportunity he received against Burnley, scoring two goals and was the best player on the pitch.

Against a veteran full-back like Azpilicueta, Foden will be facing a much tougher challenge. The Spaniard is a hard tackler and also an expert reader of the game. He can also run up the length of the field to contribute on the offensive end.

It will be interesting to see how Foden copes with a tougher opponent after bamboozling Matt Lowton last time out.

Lampard’s young Chelsea team has definitely overachieved this season. Their never-say-die attitude and energy has been a treat to watch. More importantly, they have improved as the season has progressed.

They held their own in the previous fixture against Manchester City but still lack the star power and experience needed to beat the Cityzens.

With Aymeric Laporte back in the side, Manchester City’s defense has looked impenetrable and I do not see Chelsea breaching it.

City’s attackers also look in fine sync and I see them driving Guardiola to a win and a clean sheet.