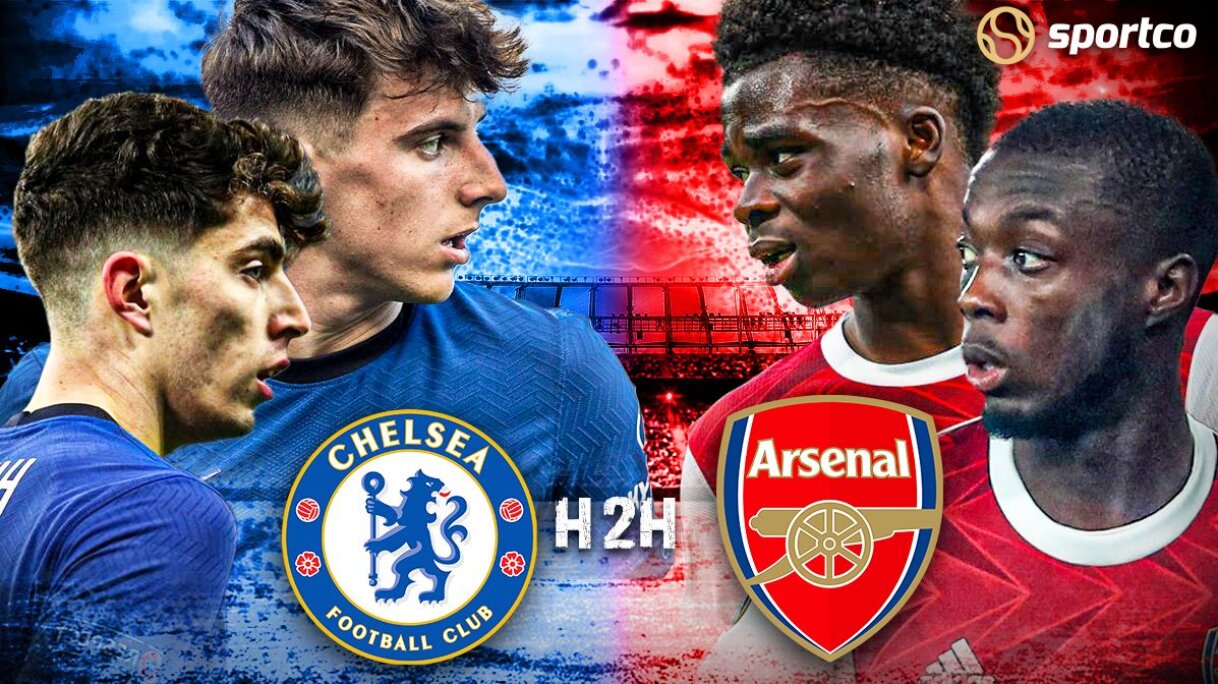 We have a wonderful midweek Premier League action lined up on Wednesday as Thomas Tuchel's Chelsea host Arsenal at Stamford Bridge after losing their meeting on Boxing Day.

However, this time Mikel Arteta and co will be contesting against a well-drilled, more robust, and disciplined Chelsea side who are in two finals.

On the contrary, Arsenal were shambolic in their past performances in Europe as they crashed out of the Europa League losing against their ex-boss Unai Emery's Villarreal.

Let's have a look at some statistics as to which side has the upper hand by analyzing their last 5 meetings in all competitions.

Within ten minutes, Arsenal doubled their lead with Granit Xhaka scoring a rare free-kick after a silly challenge from N'Golo Kante.

The second half was again bent in favor of the Gunners as Bukayo Saka found the net instead of finding his teammate in the box. Just five minutes before the final whistle, Tammy Abraham scored a goal that barely meant anything apart from ending Arsenal's clean sheet.

However, the 90th minute opened a window to inflict problems at a naive Arsenal side as the Blues were awarded a penalty for a clumsy challenge by Pablo Mari on Mason Mount.

However, to sum up Chelsea's night, Jorginho is usually very confident from the spot but Bernd Leno read it and Arsenal escaped a second goal.

The FA Cup final kicked off with a bang as the Blues went ahead, courtesy of Christian Pulisic who scored inside five minutes and gave Chelsea the headstart they would've wanted.

However, around 20 minutes later, the Chelsea backline failed to keep Arsenal at bay as Cesar Azpilicueta brought down Pierre-Emerick Aubameyang in a usual way and after a long delay, VAR stood by the referee Anthony Taylor's decision of giving Arsenal the penalty.

The skipper himself placed the ball and fired it past Wilfred Caballero and Arsenal restored parity.

After the goal, Arsenal showed their true colors and inflicted a lot of concerns for Chelsea's midfield and defense.

The second half finally saw Arsenal being rewarded again as their persistent run at the Chelsea goal saw Aubameyang with a classy finish and Mikel Arteta could've never felt any better.

A second booking to Mateo Kovacic in the 73rd minute saw Arsenal with a man advantage and barely left any hopes for Chelsea to come back.

With both Chelsea meeting again, this time it was about whether Chelsea could hold their ground in the top, while it was a test for the Gunners to at least ensure they play in Europe next season.

Arsenal had the worst start possible as David Luiz was sent off within 30 minutes of the game against his former side because he brought down Abraham, denying him a clear goalscoring opportunity. Jorginho took the ball and put it past Leno.

Cut to the second half, when Arsenal were handed an opportunity to counter, with a young Brazilian Gabriel Martinelli having acres of space to carry the ball, and with Kante's slip in the middle, the youngster carried his run and finished it wonderfully to get Arsenal back in the game.

Chelsea comprehended the fact that they had to make the most of having a man advantage and constant efforts on goal finally paid off as Azpilicueta scored in the 84th minute almost ascertaining Chelsea's grip on the three points.

However, fate had other plans as Arsenal escaped with a point after Hector Bellerin scored from his weak foot in what was apparently three minutes after they had conceded.

Another meeting at the Emirates but this time it was the Gunners who broke the deadlock via Aubameyang in the 13th minute of the game. Arsenal successfully managed to keep Chelsea away from their goal until the 83rd minute as Jorginho equalized from a blunder from Leno who couldn't grab Mount's free kick well.

Arsenal still did not take it as a sign of worry, and that eventually led to Chelsea stealing the three points from them as just four minutes later, Tammy Abraham scored from a set up by Willian.

An important night for both sides as it was the Europa League final. After a no goal first half, Chelsea started the second half brightly as Olivier Giroud scored against his former club in a game that mattered the most for them, a classic Giroud header.

As Chelsea got the opportunity and a goal cushion, they escalated their intent and started playing more direct towards Arsenal's goal. As a result, Pedro Rodriguez scored just 11 minutes after Chelsea's first followed by an Eden Hazard penalty just five minutes later that put the game to bed.

Hazard was playing his last game as a Chelsea player and he made sure that their opponents remembered it. After a consolation strike from Alex Iwobi in the 69th minute, Eden Hazard found the net again to seal his career as a Chelsea representative in style.

The victory witnessed Unai Emery's sacking, while Maurizio Sarri parted ways with Chelsea too, and returned to Italy.

So what do you think? Still backing your instincts or relying on the numbers? To sum it up, the battle is still even between the sides, at least when their last five meetings are concerned.