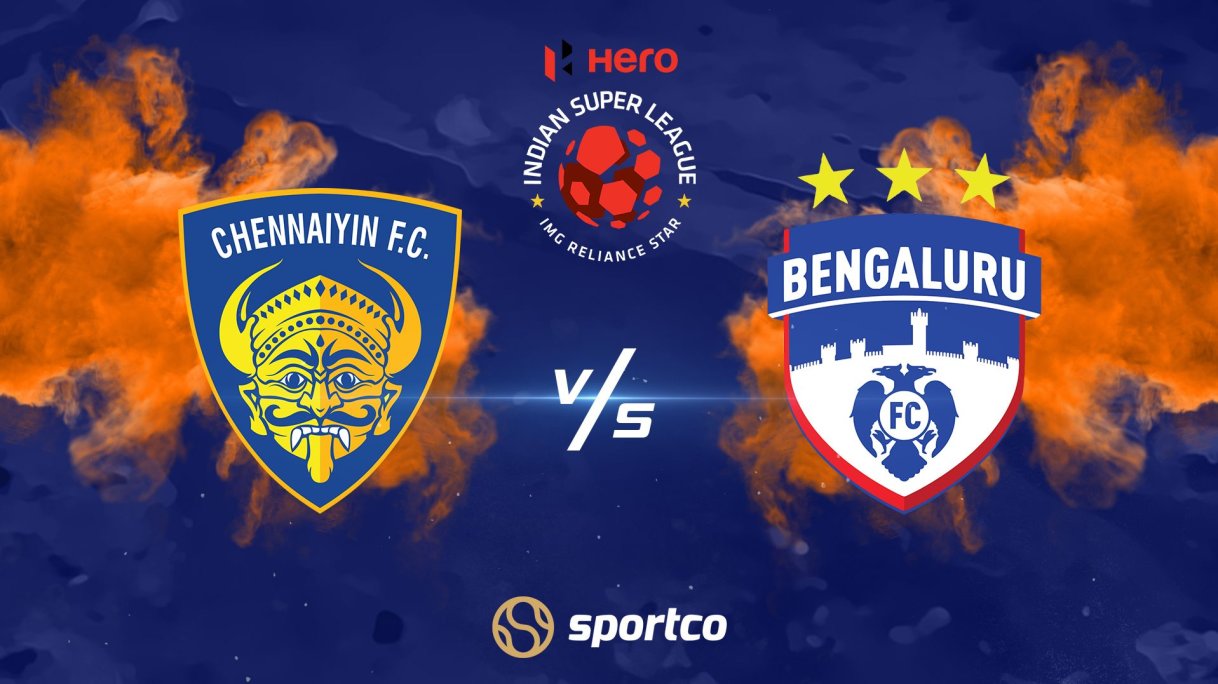 An enthralling encounter is expected as Chennaiyin FC and Bengaluru FC are set to lock horns in a pulsating battle on Friday.

Both the teams drew their last game and will be ready on the pitch to take all the three points in the bag. The teams are only two points apart from each other.

If Chennaiyin wins then they will be five ahead of their rivals, and if the Mariners come on top then they would overtake them on the table.

The Marina Machans started their campaign with a win over Jamshedpur FC and later drew to Kerala Blasters. They did have a chance to go ahead in the second half but Jakub Sylvestr's missed spot-kick resulted in the two-time champions dropping points.

Bengaluru is yet to register their first win and there are several concerns revolving around their form. Their last game was a disappointing one as they threw away a two-goal lead and ended the game with only 33% possession.

Against Hyderabad too, they were poor and had no shots on target.

The battle is neck-to-neck with both the teams winning three games each out of the seven, including one draw.

Csaba Laszlo used an unchanged lineup in the last game, and it is expected to be that way against Bengaluru too. Substitute Jerry Lalrinzuala replaced Chhuantea Fanai in their previous game as he limped off the field.

The Blues face a similar situation who would look to play with the same XI but expect a different result. He has played the same players in their previous two games and let's see if he makes any changes in the future.

The player received tons of praise from the coach, and also called him the best player in the two games so far. The 21-year-old is doing well and has managed to make four interceptions and 15 tackles.

Tangri adds stability to the squad and despite some nervy moments, Deepak is expected to do well.

The 33-year-old was the first scorer for Sunil Chhetri and co. in the Indian Super League. His energy, work-rate, and efficiency of his runs have been a problem for almost every defender.

His partnership with Udanta Singh has proven very good until now and it seems Chennaiyin FC may have some problems handling them.

He is a clinical finisher and he would hope that he gets ample support from everyone around him.

The game is a crucial one for both Chennaiyin FC and Bengaluru FC, as they would want to enter the top as fast as possible. Both the teams are unbeaten, and only time will reveal who makes that extra mile to take the three points home.