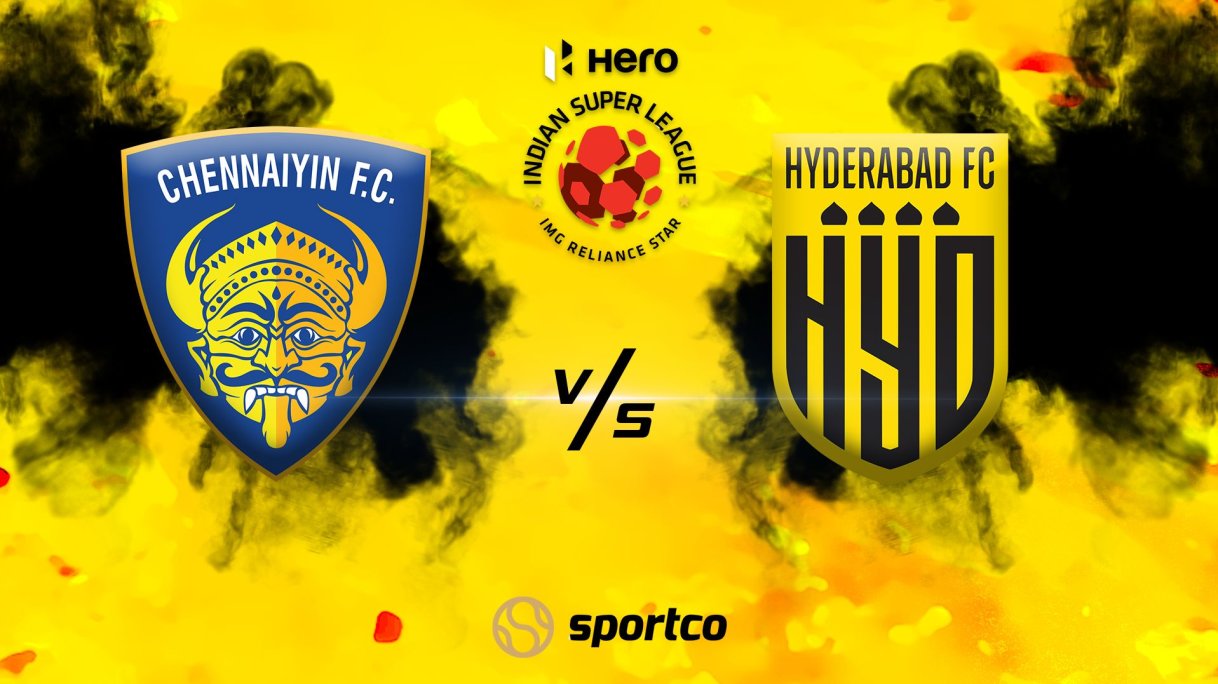 Another clutch clash awaits in the Indian Super League as Chennaiyin FC lock horns with Hyderabad FC on Monday.

Both the teams have been on the quest for three points to concrete their chances of featuring in the playoffs. The Marina Machans haven't had the end product they'd want in the competition so far and things have started to affect me at the competition progresses.

The two-time ISL champions boast a fully fit squad now and hopefully, things will get better for them. The Nizams, on the other hand, were unbeaten for quite sometime before they lost three games in quick succession, falling to the eighth spot.

Chennaiyin have the class in the midfield while Hyderabad have the composure to defend.

The Marina Machans have won both the games played between the two and that means the Nizams have a point to prove.

1) Chennaiyin have conceded the most fouls in the league this season.

2) Hyderabad FC have received the least bookings this season.

3) Chennaiyin FC have not scored in their last three games.

Isma returns for the Marina Machans as declared by coach Csaba Laszlo. However, he may be rested so that he gets in the game slowly instead of exacerbating his problems.

However, they will be without the services of their skipper Rafael Crivellaro after he was seen struggling to keep up against ATK Mohun Bagan.

For Hyderabad, Liston Colaco and Nikhil Poojary are doubtful. However, Manolo Marquez has multiple options to fill in.

The 20-year-old is an instrumental aspect of Chennaiyin FC's attack as his pace and thinking become a huge concern for the opposition.

He is not only a creative mind but his work rate helps him work well defensively too. Laszlo has already expressed the fact that Ali has a huge future in Indian football. He has two goals this season, including the important winner against FC Goa.

One of most prolific goalscorers ISL have ever witnessed, Santana fired nine goals and set up two in 14 games for the Juggernauts, Odisha FC.

His physicality along with heavy shooting techniques allows the Nizams to impose themselves on the opponent. This will one of the reasons Marquez would be looking forward to starting Santana in the game.

The game is going down the wire. Both the teams would be exasperated to not kick off their 2021 with a win and anything can be expected in terms of goals and intensity.

Both the managers are known to set up their team well but it is a matter of fact to see who comes on top.

Sportco predicts a draw between Chennaiyin FC vs Hyderabad FC.