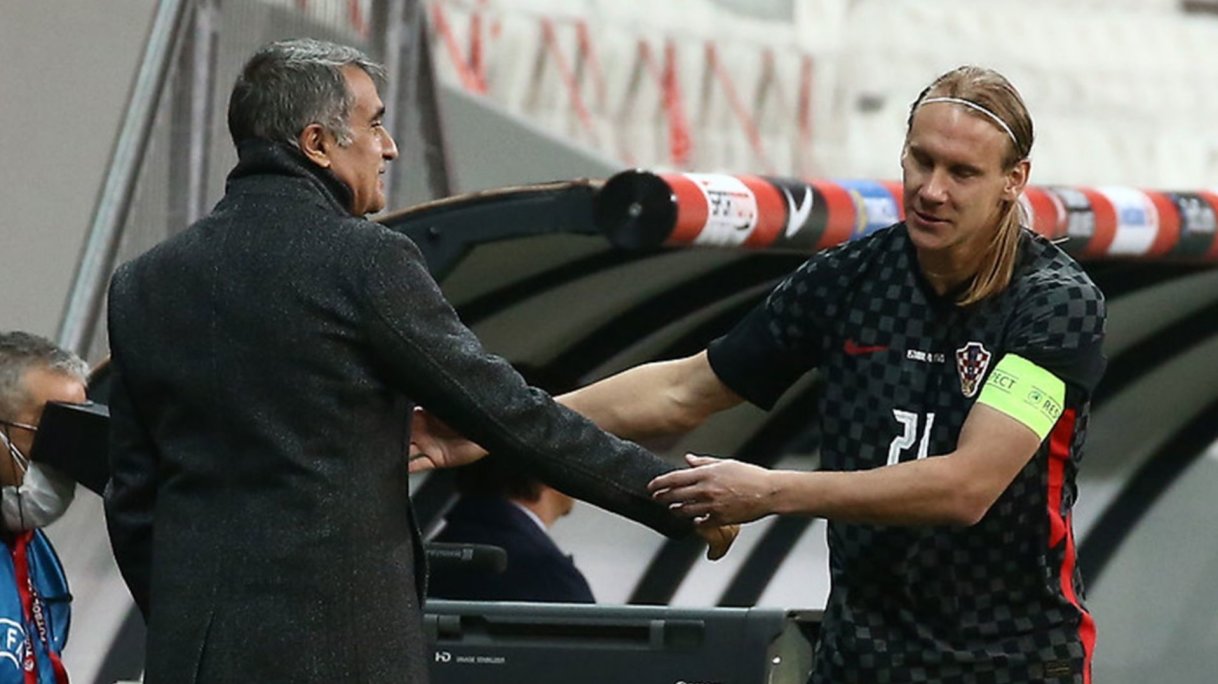 The 31-year old defender who plays his club football in Turkey with Besiktas was immediately withdrawn from the Besiktas stadium in Istanbul but not until he was involved in a combative first period in which the former Dynamo Kiev player gave away a penalty also.

Although the player was swiftly isolated from the rest of the team in accordance with UEFA's Covid protocols the bizarre circumstance underlines the fact that Covid-19 poses a unique challenge to our beautiful game.

At a time when research about the new virus is still at an early stage, event managers across the sporting fraternity face an uphill task to balance the continuation of sports sans fans and the potential health risks of the sportspersons and the non playing staff.

As far as football is concerned coronavirus has impacted clubs and national federations immensely and the Vida incident has shown that despite all the precautionary protocols the virus is still causing a lot of turmoil within the game.

Vida started the game as captain and given his physical style of play and approach, a lot of Turkish forward players came into his direct path. The congested international schedule caused by the March postponements due to lockdown has given UEFA little time to wait for the mandatory second test result.

But questions do arise about the first covid test on the whole Croatian team that allowed the team to fly to Istanbul to play the international friendly. If there was any doubt on Vida's first negative test why was the experienced defender allowed to start the match?

Kudos to the sporting attitude of the Turkish football federation and the players that they stood by the Croatian team shoulder to shoulder and completed an entertaining match that ended 3-3. Such is the desperation on the part of the national federations to continue playing the beautiful game that international solidarity is the need of the hour if sports is to survive the new normal.

When national federations have already lost millions of dollars due to absence of fans in the stadiums postponing games in the short international window will have disastrous consequences for the very existence of the national game just as clubs are finding it increasingly difficult to exist without the fans' revenue.

Again there is a genuine sense of uncertainty for players' healths who are on international duties for their respective countries. Despite the existence of bio secure bubbles positive coronavirus cases are coming to light particularly during international matches where national team players congregate from various parts of the world thus risking transmission of the contagious virus.

The ferocity of the spread of the pathogen does not guarantee the fact that all players will be immuned to it despite two negative tests. The asymptomatic nature of the transmission furthers the risk of disruption.

The whole Croatian squad has undergone another set of tests following Domagoj Vida's positive test and is cleared to fly to Sweden for a Nations League encounter at the weekend. Yet uncertainty, so prevalent worldwide due to this surging pandemic, has engulfed both the Turkish and Croatian federations and clubs where both the Turkish and Croatian players ply their trade following Wednesday night's strange situation surrounding the Croatian captain.

It is natural during this type of pandemic that the players who participated in Wednesday night's game in Istanbul might test positive a few days later which then will force them to miss crucial club fixtures.

But the game has to go on in this new normal despite the existence of such challenges and both clubs and national teams have to show unity in this regard although it is natural for clubs who pay the players' salaries to be disappointed to learn of their players' unavailability due to contraction of the virus on international duty.

Although UEFA has given the go ahead for both of Croatia and Turkey's next two international games it would not be a surprise if more players and officials test positive in the next week or so given the bizarre situation in which Domagoj Vida unknowingly played the full first half with the virus and came into contact with so many people.