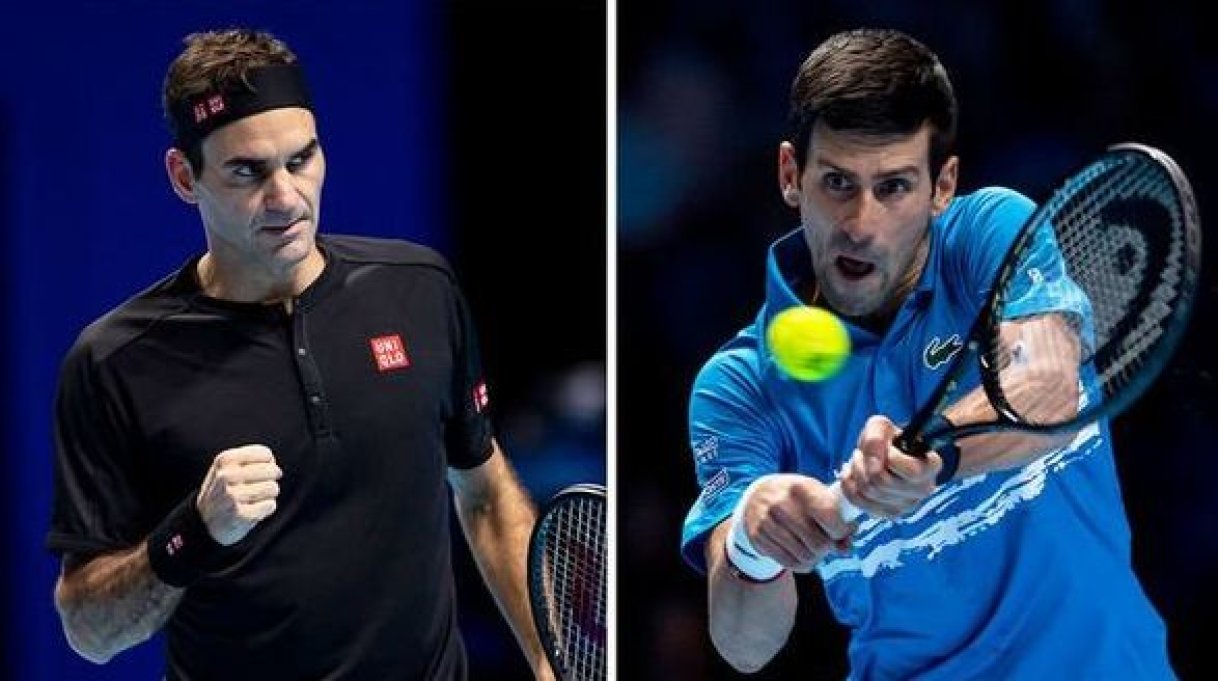 The best match of the ATP Finals is here as two legends face off each other. World number two, Novak Djokovic locks horns with number three, Roger Federer, tonight.

It has been a mixed tournament for Novak. He won convincingly 6-2, 6-1 against Berrettini in the first match. A high second-serve percentage of 80 and impenetrable defence helped him.

Djoker took the first set 7-6 against Thiem. The Austrian, however, came back strong to win the next two sets 6-3 7-6.

A weak second serve percentage of 53 and 33% break point conversion was a big factor in Novak's defeat.

Things did not go right for the Swiss superstar as well. He began with a straight-set loss to Thiem. But, he came all guns blazing in his next match against Berrettini. A high first-serve percentage of 78 and smart net-play enabled Fedex to win in straight sets.

"I am still in the tournament, we go head to head with Roger, winner goes to the semis, loser does not qualify, as simple as that," opined Djokovic ahead of the blockbuster encounter.

In times where the Next-Gen is taking over, the old guard continues to mesmerize the fans. London will be lit tonight as another chapter of the famed rivalry takes centre-stage.

It will be a battle between Djokovic's defense and Federer's offense.