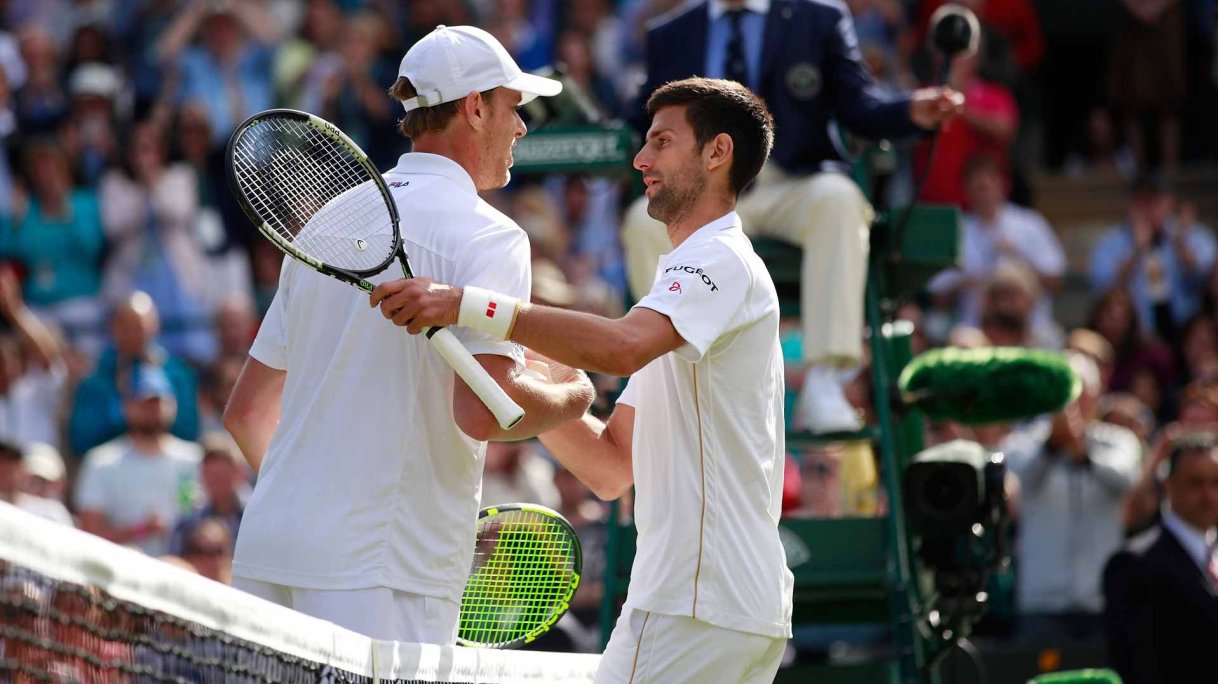 The World number 1 and defending champion, Novak Djokovic, kickstarts his campaign at the Cincinnati Open 2019 tonight with a riveting clash against the American, World number 45, Sam Querrey. Querrey had played the best match of his life three years ago when he sent Djokovic crashing out of the third round in Wimbledon 2016. The big match gameplay in Querrey had come alive and he was unstoppable that day ruthlessly pulverizing the defending champion.

This match is a crucial match for Djokovic since this is his first competitive singles match exactly one month after edging past Roger Federer in a pulsating five-setter after saving two championship points in an encounter that had all the elements of a lifetime classic. Djokovic strategically skipped Rogers Cup to focus more on Cincinnati where he won for the first time last year. He made a gamble to get some match practice by playing with his countryman- Janko Tipsarevic in the men's doubles but second seeds Kubot/Melo ensured no complacency dismissing them 6-2 6-3.

Querrey has had a mixed year exiting many tournaments in the initial stages. His notable performances were semi-final shows in the New York and Houston open, runner-up finish in the Eastbourne championships and quarterfinals of the Wimbledon. However, he is capable of doing maximum damage on hard-courts to the top players given his big serve and volley game.

Djokovic might be leading the head to head record against Querrey comfortably with eight wins and two losses but the Wimbledon 2016 loss will still be etched in his mind and he will be gunning to payback Querrey in this tournament since Djokovic leads Querrey 5-0 on hard-courts. He will be looking to perfect his returns to precision against Querrey's dangerous serve and trust his defense to do the job. Djokovic will also have to keep in mind Querrey's tactic of getting easy points by serving aces at crucial moments. Querrey served 18 aces in a straight sets win against Herbert in the previous round.

While Djokovic recovered from an elbow injury to get back into top gear, Querrey has also made great progress by coming back from an abdominal injury winning 9 matches out of his last 11 matches on the tour. Querrey will have the upper hand if a rusty Djokovic does not get his rhythm and consistency. He will be looking to make maximum damage to Djokovic who also has to absorb additional pressure in being the defending champion. There can be a big shift in momentum if Novak happens to drop a set.

Watch out for the partisan crowd as they go hammer and tongs in supporting the home favourite Sam Querrey.