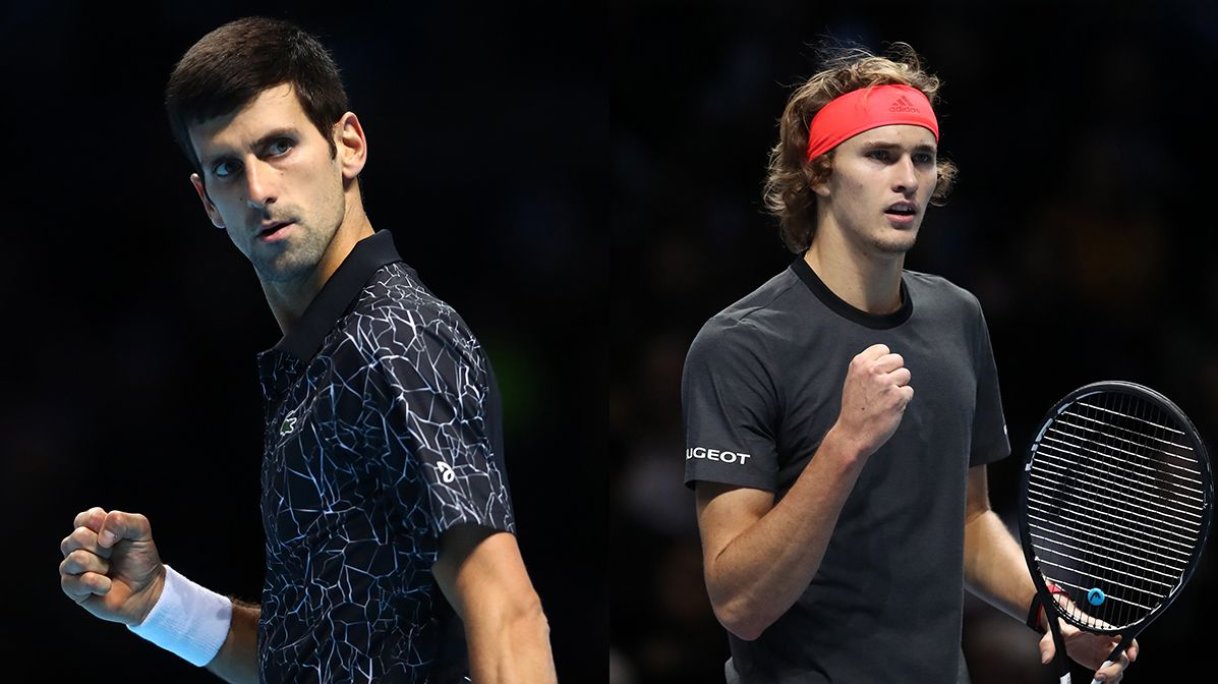 After beginning his campaign with a solid, Djokovic was totally outplayed by Medvedev losing 6-3 6-3. His win percentage on the second serve was woeful at 50% and even lost seven games in a row to the Russian.

On the other hand, Zverev romped to a three-set win over Schwartzman. His first serve was excellent at 80% and he also smashed 10 aces eliminating the Argentinian from contention for the semifinals.

Medvedev played one of the best matches of his life never giving any room on the baseline with his clinical serving and Djokovic had a very weak return of serve. Zverev's forehand has not been accurate enough and is slightly off the mark.

The German needs an inspired performance if he wishes to prevail against the mighty Djokovic. Both players will aim to play their best tennis with a valuable semifinal spot on the line. The fast indoor courts do suit Zverev's game but the current world #1 might just edge past him with his immense experience and big match play.