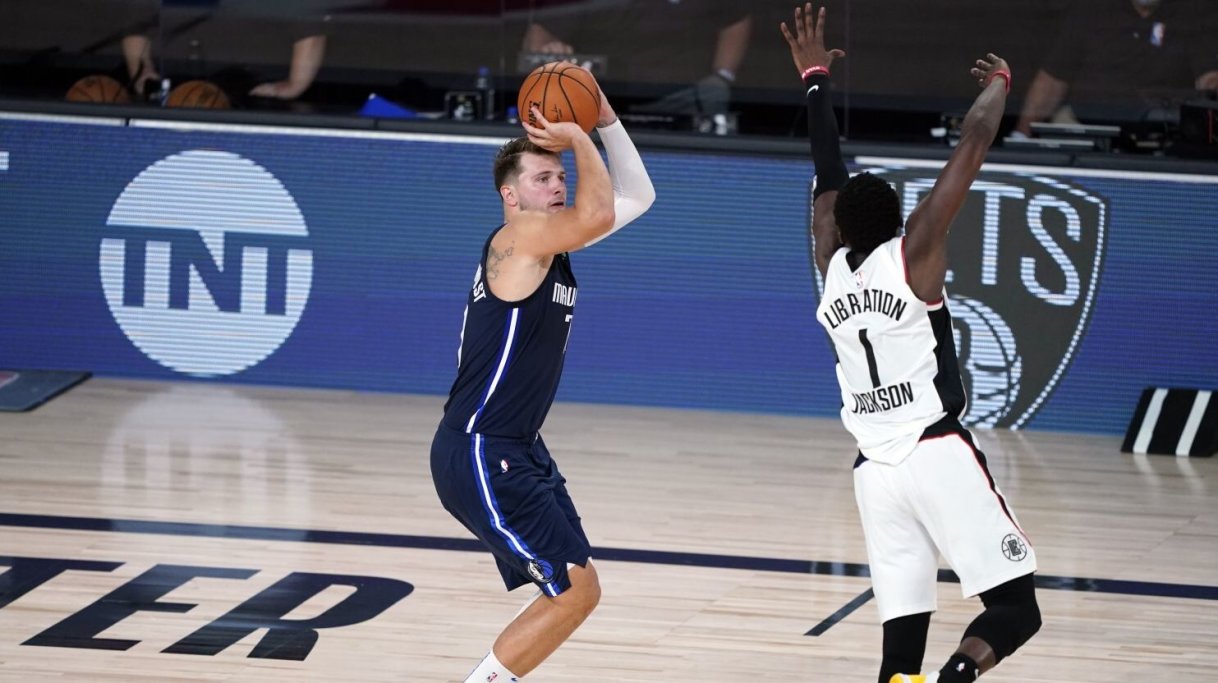 How colossal is the Clippers’ loss in Game 4?

Riding on a historic performance from Luka Doncic, the Dallas Mavericks defeated the Los Angeles Clippers 135-133 as the two teams jousted to win the Game 4 of the first round of the NBA Playoffs.

Not to take away from the fact that the first time all star was already justifying his all star tag with his performances in the first two post season games but the way he has elevated his game to supplant and become the best player on court, Kawhi Leonard, speaks volumes of his ability to dominate the arena and make the game move at his own pace.

Having entered the game without Kristaps Porzingis, the Mavs were given a strong boost by Tim Hardaway Jr., Trey Burke, Seth Curry and Boban Marjanovic.

The hard fought game resulted in Clippers ceding their lead and the series now stands tied at 2-2.

The 21 year old boy from Slovenia may just have embedded his name into the history books for good. That’s not to take away from the fact the Luka was already an all-time great but this game may have put to rest all the doubts could have been the fodder for his critics.

• Doncic's buzzer beating three to win the game made him the youngest player, at 21 years 177 days, to hit a game-winning buzzer beater in the playoffs.

• Doncic is the first player to score 43+, grab 17+ boards and dish out 13+ assists in a playoff game. Never has such a stat line been seen before in a playoff game and was only once achieved in a regular season game.

• The Slovenian also became one of just two players in NBA history to record a 30-point triple-double in the postseason before turning 22 years old, the other being LeBron James.

• Doncic became only the third player in NBA history to score 40+ points, 15+ rebounds and have at least 10 assists in a playoff game, emulating Oscar Robertson and Charles Barkley.

• Doncic is also just the ninth player in NBA history to record consecutive triple-doubles in postseason games. In Game 3, Doncic had dished out 13 points, 10 rebounds and 10 assists before he was taken off the court with a sprain in the left ankle.

Leonard was his usual self and he showed why is the reigning finals MVP but the lack of support from the other half of the duo played spoilsport.

Paul George has been going through a tough phase of late and his lackadaisical performance continued. He was able to score in single digits and even his assist numbers dropped.

Such was his performance that Clippers' sixth man, Lou Williams put on show and for a layman, it could have appeared that he was the part of the NBA’s top duo.

Clearly this is not what the Clippers’ management would have imagined when they put up a star-studded team.

As the two teams get ready to face off in a pivotal game 5 on 26th August, the writing on the wall is that Leonard needs help and with Kristaps Porzingis expected to make a return to the court in the next game, it becomes sacrosanct for George to up the ante for himself and put up performances tantamount to his reutation, else this series is done for good.