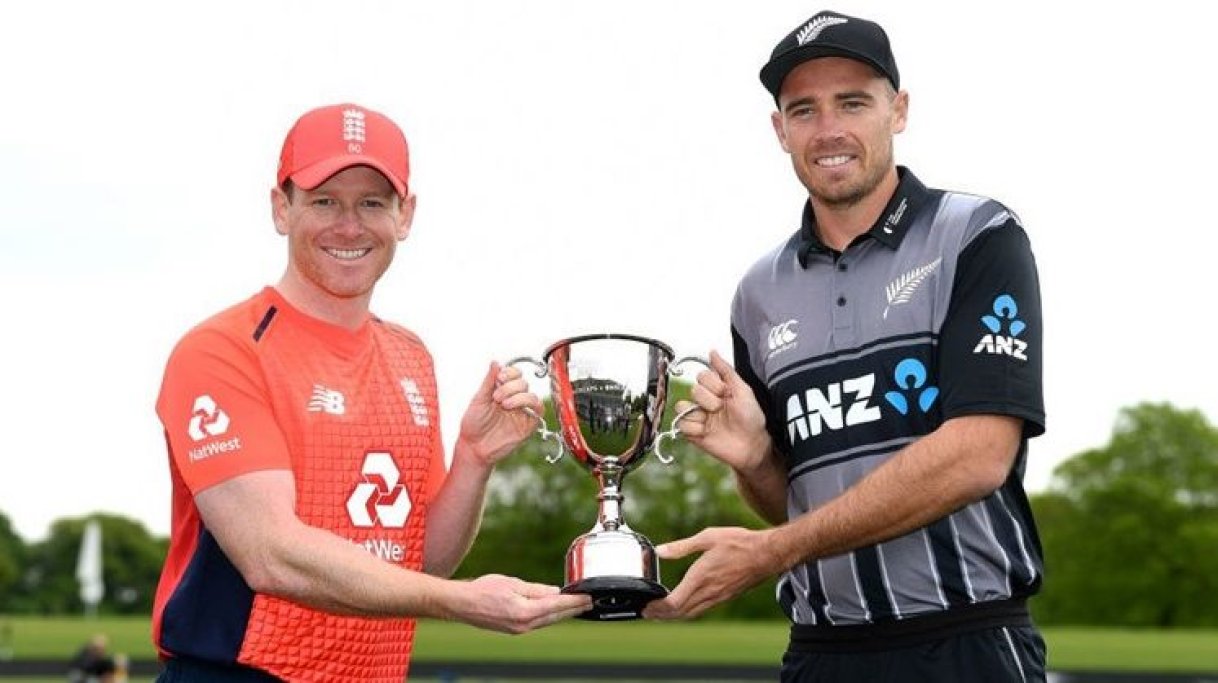 England cruise to a 7-wicket win against New Zealand

In a re-match of this year’s World Cup Final at Lord’s, England were up against New Zealand in the first of the five-match T20I series at the Hagley Oval in Christchurch. With the T20 World Cup in Australia less than a year away, both the teams kick start their preparations for the showpiece tournament as they aim to build a settled squad much ahead of the tournament next year.

On a typical afternoon in New Zealand, England won the toss and opted to field first. The visitors experimented with a few players after resting a couple of senior pros for this tour. The trio of Sam Curran, Lewis Gregory and Patrick Brown were handed their debuts in T20Is for England. The hosts, on the other hand, went in sans the likes of Kane Williamson and Trent Boult to begin their new home season.

The decision to bowl first proved worthy for the tourists as the Kiwis were jolted early with a big blow in form of Martin Guptill. The duo of Colin Munro and Tim Seifert got together to play their strokes before the former departed for a 20-ball 21. The New Zealand innings’ saw a couple of small partnerships in between but failed to make any of it count to post a huge total.

Ross Tayor, who was the top-scorer, along with Daryl Mitchell, helped the team with a late flourish to take the score past the 150-run mark. However, a total of 153 on a seemingly easy wicket were always less against a top-solid England line up.

Chasing a moderate total of 154, England openers went gung-ho from ball one in the second innings. Jonny Bairstow, continued his white-ball form with a quick fire 35 off just 28 balls. The Kiwi seamers were ineffective to inflict early damage and thereby leaving the hosts behind the eight ball in their quest to defend a small target.

A 54-run partnership between James Vince and skipper Eoin Morgan saw England take control of the game as Kiwis were rendered helpless despite an impressive spell from Mitchell Santner. In the end, England propelled to an easy 7-wicket win to begin their winter with a win.

Vince was awarded the Man of the Match for his 59 runs off 38 balls. Both the teams now travel to Wellington for the 2nd T20I on November 3. While the Morgan-led side would want to build on the momentum, Kiwis will look to bounce back in the series.