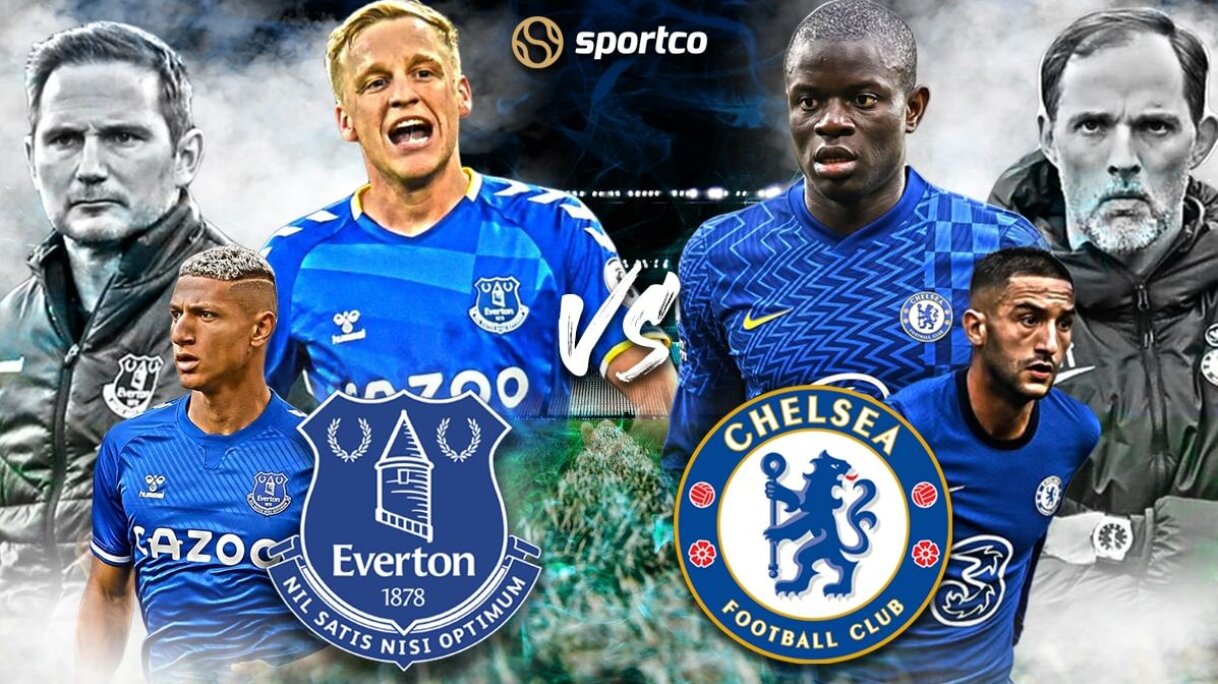 The Premier League season is reaching its climax as relegation-threatened Everton welcomes third-place Chelsea in a do-or-die match for the Toffees.

The encounter will be a must-win encounter for Everton as Frank Lampard’s side occupies the relegation zone with five matches of the season to go after this.

Chelsea on the horizon got a credible draw away at Manchester United in the midweek and will be poised to end the season on high with one eye on the FA Cup final.

Over the years the two teams have met on 59 occasions with Chelsea as clear favourites with 27 wins compared to Everton’s 12 in the Premier League era.

The two teams have shared 20 draws during that period, of which one came in the last meeting at Stamford Bridge in December.

In recent times the fixture has been hard to call by as Everton have gone toe-to-toe with West Londoners.

Chelsea have won 10 times at Goodison Park in the PL era with their last win away at the iconic Everton home, coming in April 2017 in a 3-0 title clincher under Antonio Conte.

The Brazilian has been Everton’s standout player with seven goals and four assists to his name in the premier league this season.

This though remains a big worry for Everton as no player on the team has scored in double figures for them.

Richarlison’s overall play has been superb but with a genuine No.10 absent, he is unable to influence the game as he did previously.

The 24-year-old attacker has been better suited to wide possessions and has the ability to dribble past the defenders and could do with a good stellar performance on Sunday.

His passing accuracy of 66 % also gives him the edge but will need a better compatriot to finish in the final third.

The Englishman is the only Chelsea player in double figures for the season in the PL with 10 goals to his name.

And if he registers an assist on Sunday, he will also reach a magic figure of 10 assists to his name and will join the likes of Frank Lampard to have both goals and assists in double figures.

The charismatic 23-year-old has been a shining light for the team and like Richarlison has the ability to unlock the opposition defense.

The young attacker has an astonishing passing accuracy of 86 % which will be a massive tool for Thomas Tuchel’s side.

The former Chelsea player and manager will be in desperate search of points and could do with a win against his former employees.

Lampard’s side has been in the relegation zone after Burnley registered back-to-back wins while Everton themselves lost to arch-rivals Liverpool last week.

Lampard did manage to mastermind a win against Manchester United last week, but a will need a strong finish as Arsenal also await them on the final day of the season.