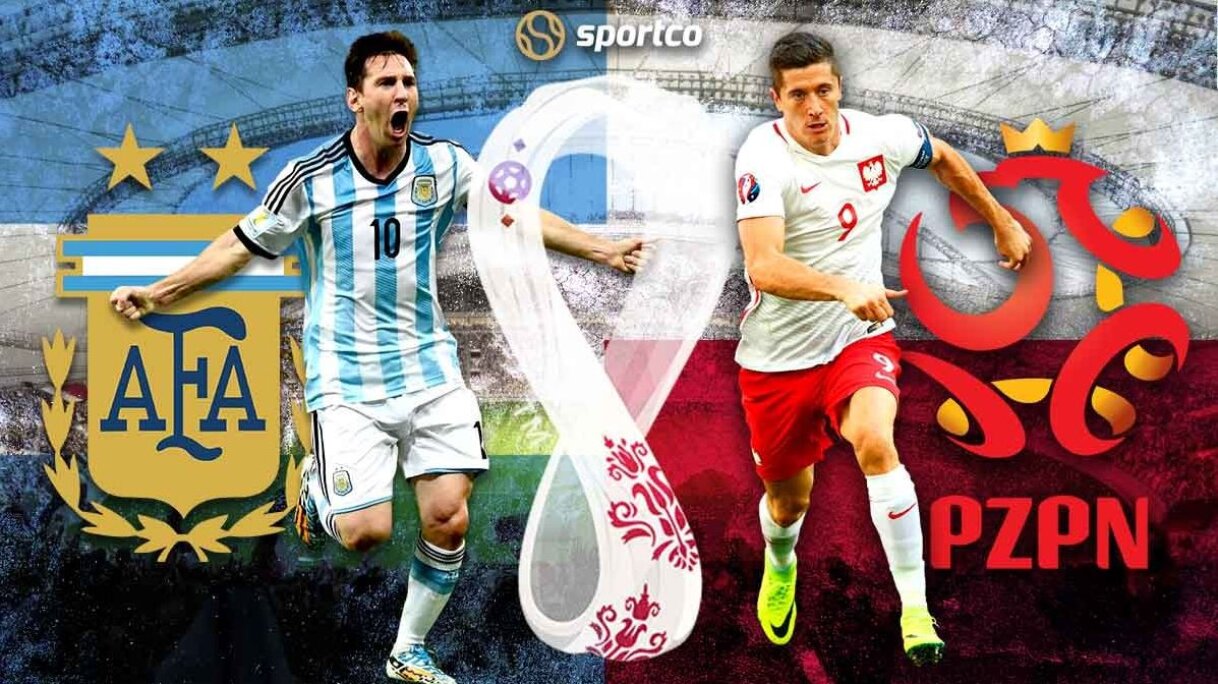 With a place in the Round of 16 of the FIFA World Cup 2022 up for grabs two-time winners Argentina will look to edge out European surprise package Poland who sit top of Group C.

One of the favorites to win the World Cup, Argentina will look to win the group after their surprise defeat to Saudi Arabia on Matchday 1. With Lionel Messi set to break Diego Maradona’s record for World Cup appearances with 22, here is a look at what we can expect from Argentina and their counterparts Poland.

Poland vs Argentina Head to Head

It has been more than 11 years since the two teams last met with Poland coming out on top in June 2011 with a win. Robert Lewandowski and Wojciech Szczęsny, both started that encounter as Pawel Brozek and Adrian Mierzejewski scored to earn Poland just a third win against the South American side.

In 11 head-to-head matches so far, Argentina have won six while Poland have three wins with the rest of the two other contests ending in draws. In two World Cup meetings between the sides, the affairs are at level term with one win each. While Poland’s win came in 1974, Argentina exacted revenge in the 1978 edition and would later go on to win their first-ever World Cup.

What is needed to secure qualification?

The year 1986 will have great significance for both teams, while Argentina’s last triumph came that year. The same year also saw Poland make the knockout stage of the FIFA World Cup and will look to repeat the same feat. A point should be good enough for the Polish team to secure their place in the knockout. A defeat could still see them through to the last 16 if either group game between Saudi Arabia and Mexico ends in a draw.

A win for Mexico with a margin of fewer than three goals coupled with a defeat for Poland with a goal margin of not more than two could also see the latter make the Round of 16.