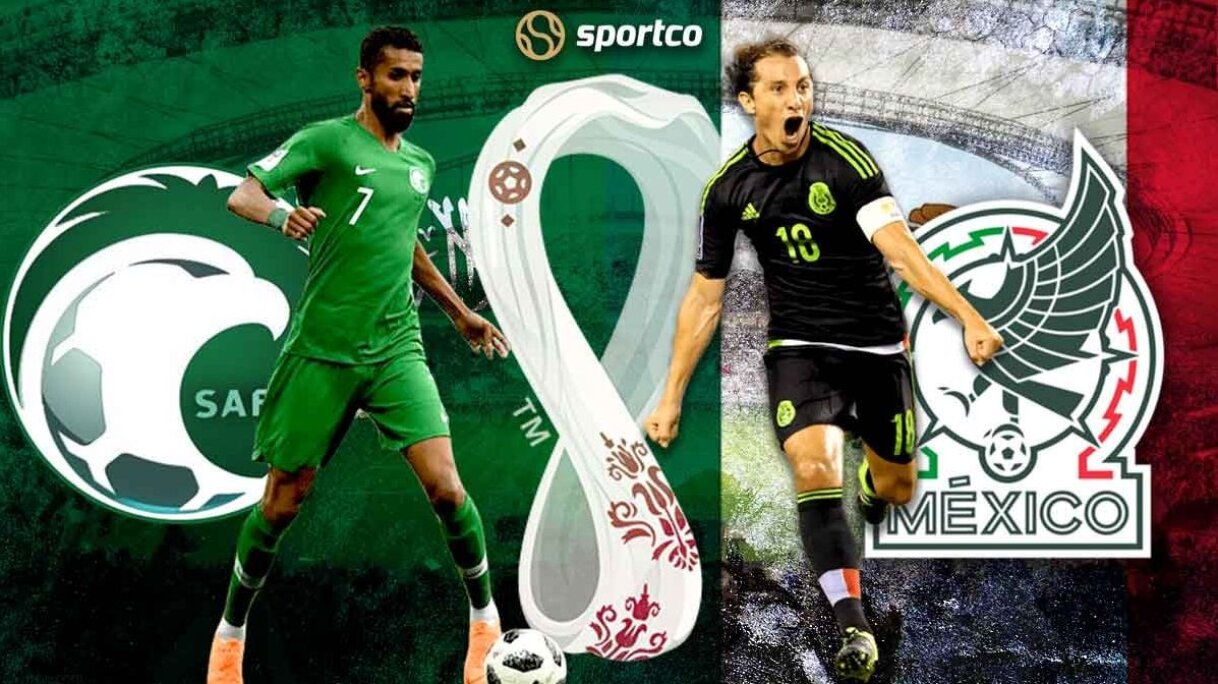 The chase for the FIFA World Cup knockouts is going to the wires in Group C, as Saudi Arabia and Mexico lock horns on Wednesday at Lusail Iconic Stadium.

Saudi Arabia made headlines in their opening game by defeating star-studded Argentina, to shock the world. The heroics of Herve Renard's Saudi Arabia side entered into the history books, as the middle east side received applause from all over the world.

However, their celebration was cut short by a loss to Poland in the previous, with the scoreline 2-0. The Falcons had the opportunity to seal a historic knockout place against Poland, however, Juventus goalkeeper Wojciech Szczesny saved Salem Al-Dawsari's penalty, and later goals from Piotr Zielinski and Robert Lewandowski sealed their victory, as the Barcelona forward recorded his first World Cup goal in his fifth World Cup finals.

However, Saudi Arabia's fate is in their hands, as three points against Mexico would mean Saudi qualifying for the Knockouts for the first time since the 1994 FIFA World Cup in the USA, as they advanced from the group containing the likes of Netherlands and Belgium, eventually being defeated by Sweden.

On the other hand, Gerardo Martino's Mexico have been disappointing in this World Cup campaign. The Tricolor, are yet to open their scoring chart, as they played a goalless draw against Poland and were beaten by a Messi-inspired win for Argentina with a 2-0 scoreline. Mexico is heading into a terrible position in the third match, as Gerardo's side faces a must-win and must-get help situation. El Tri faces an uphill task to win and also hopes that the scoreline and goals go in their favor in Polan's clash against Argentina.

Honestly speaking, Mexico has disappointed everyone, they have been good enough to compete in a competition of this structure like the World Cup. The only player so far who has stood out in the Mexican camp is forward Alexis Vega, who looked threatening but hasn't been supported by the rest of his teammates, moreover, their defensive approach of the 5-3-2 system hasn't gone in their favor so far, and given the situation going into the game against Saudi Arabia, Mexico needs to change their approach and win by more than a goal, no matter happens in the other game.

Mexico dominates this fixture with four wins and a draw in five games, as the recent meeting between the sides goes way back to 1999. However, the scenario is different this time, head coach Herve Renard has instilled high spirits into the Saudi Arabia squad as they fear no one and aim to finish in the top two of Group C.

Saudi Arabia are eying their first knockouts for the first time since their first World Cup appearance in 1994.

El Tri, have once not progressed out of the group stage back in the 1978 World Cup, however, since the 1994 World Cup, Mexico have been in the knockouts, as they simply need to win and hope for Poland's favor on Wednesday.

Moreover, another concerning fact about Mexico's team is that they are winless in the last four games in the competition and fail to score a single goal.

Herve Renard's side will be without midfielder Abdulelah Al-Malki, who received his second tournament yellow card against Poland. Meanwhile, midfielder Riyad Sharahili returned to the team's training after overcoming his injury concern.

Saudi Arabia only has left-back Yasir Al-Sahrani and midfielder Salman Al-Faraj, as their only absentees.

Mexico have a fresh injury concern after veteran midfielder Andres Guardado has a muscular problem. The midfielder was taken off just 42 minutes against Argentina in the last game.

Guardado's absence would mean Edson Alvarez's entry into the starting eleven playing in the middle of Mexico's midfield, meaning Gerardo's change in approach from five men defense to four, with no other choice but to go aggressive and secure goals.

It will be intriguing to see, whether El Tri goes with Raul Jimenez in the attack, as the Wolves forward is closing on his 100th appearance for his country.