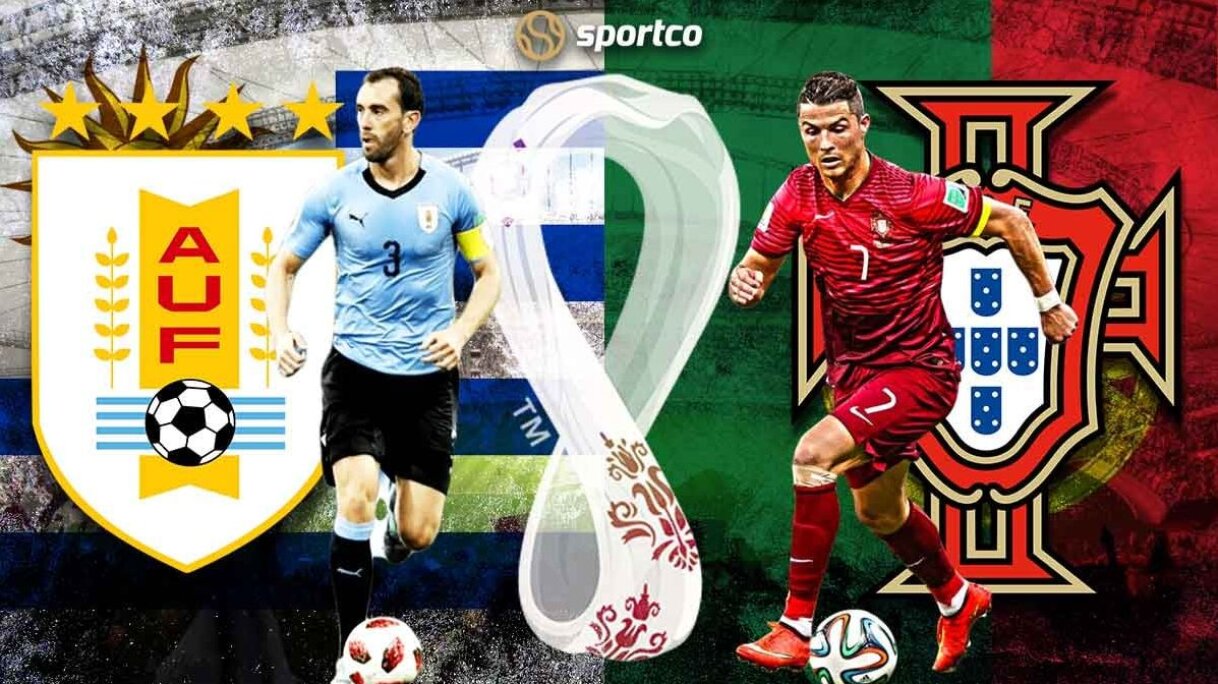 Cristiano Ronaldo and Portugal are all set for revenge on Uruguay as they take on the South American side that eliminated them from the 2018 World Cup in match 32.

The contest taking place on Monday (November 28) will see both nations build on from their World Cup opener. Fernando Santos’ side started with a 3-2 win against Ghana while Uruguay’s clash against South Korea ended in a goalless affair.

Portugal vs Uruguay Head to Head

Only thrice have Portugal and Uruguay squared off at the international stage with the affairs on level terms with one win each and a solitary draw. The first meeting between the sides came in 1966 when Eusébio inspired Portugal to win 3-0. The same year Portugal also finished third in the World Cup, their highest-ever finish in the FIFA World Cup.

Portugal produced their class against Ghana in the second half as they scored three goals while also considering two to win 3-2. The match saw Cristiano Ronaldo score his eighth World Cup goal and he looks for more in what is likely to be his final World Cup. Uruguay on the flip side missed plenty of chances against South Korea but will consider themselves lucky to escape with a point in the goalless affair.

After matchday 2, Portugal will end their group campaign on Friday (December 2) against South Korea at the Education City Stadium in Al Rayyan while on the same day the South American giants will take on Ghana with a lot riding on the fixture at the Al Janoub Stadium in Al Wakrah.

Related articles: FIFA WC 2022 Live Streaming | When and where to watch Portugal vs Uruguay?