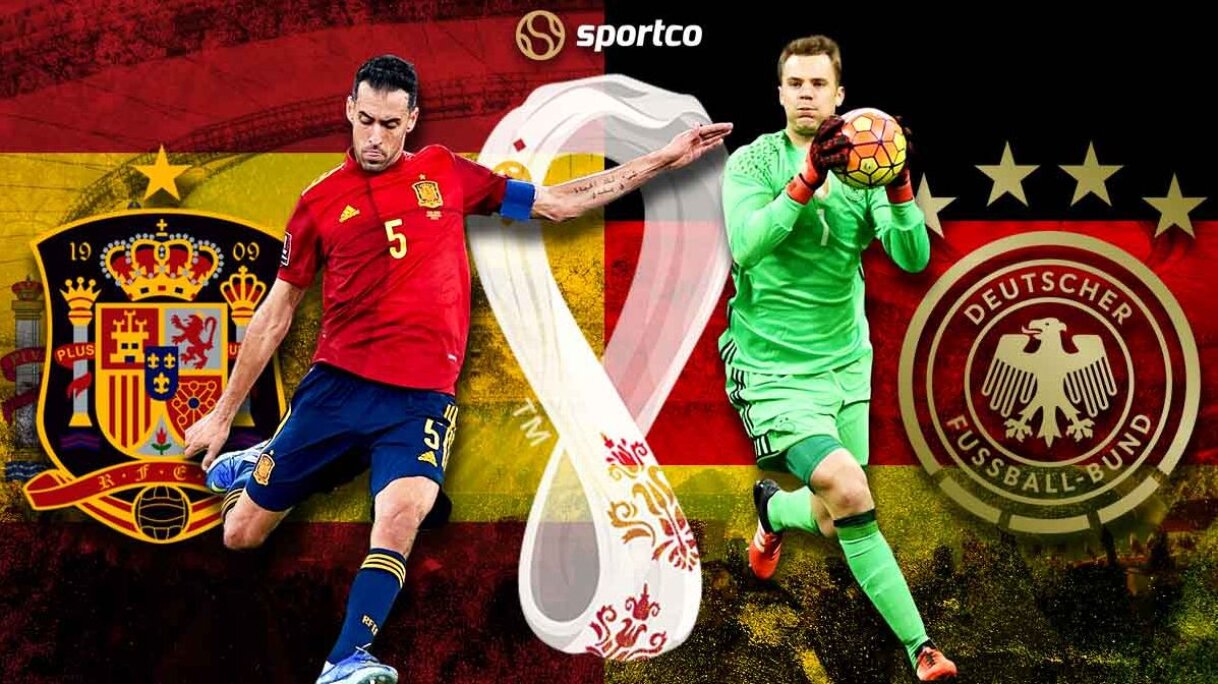 With five titles between the clash will be a mouth-watering prospect for the neutrals while the Germans know that a defeat could all but end their World Cup campaign. A 2-1 defeat for Germany against Japan was a hard pill to swallow, on the contrary Spain were fluent in their approach as they swept Costa Rica 7-0 in their opening contest.

Spain vs Germany Head to Head

The two nations have met on 25 previous occasions including friendly and competitive encounters, and hardly anything separates the two sides. While Germany edges Spain 9-8 in wins tally, they both have also shared a fair bit of draws with eight. So another draw could be on the cards with the four-time champions already in the spot of bother as they steer towards elimination.

In the four World Cup meetings between the sides, Hansi Flick’s side has won two matches while one has ended in a draw. Spain’s only World Cup win against Germany came in the semifinal of the 2010 edition as a Carlos Puyol header down the Germans. Vicente del Bosque’s side would later win their first World Cup.

Interestingly, on three of the four occasions, Germany and Spain have met in the World Cup, at least one of them has gone on to play the final, with the only exception being the 1994 edition.

Spain made a superb start to their World Cup campaign as they dismantled Costa Rica for seven goals. On the flip side, despite taking a first-half lead, the Germans were beaten by a resolute Japanese side and lost 2-1. Courtesy of this, Germany will now face a tough task against Spain on Sunday evening.

As things stand, if Germany keep their hopes alive for the final group encounter they will look to capitalize against Costa Rica as they meet on Thursday (December 1) at the Al Bayt Stadium in Al Khor. The same day will also see Spain play host to Japan in another big crunch clash at the Khalifa International Stadium.

Related article: FIFA WC 2022 Live Streaming |When & where to watch Spain vs Germany?