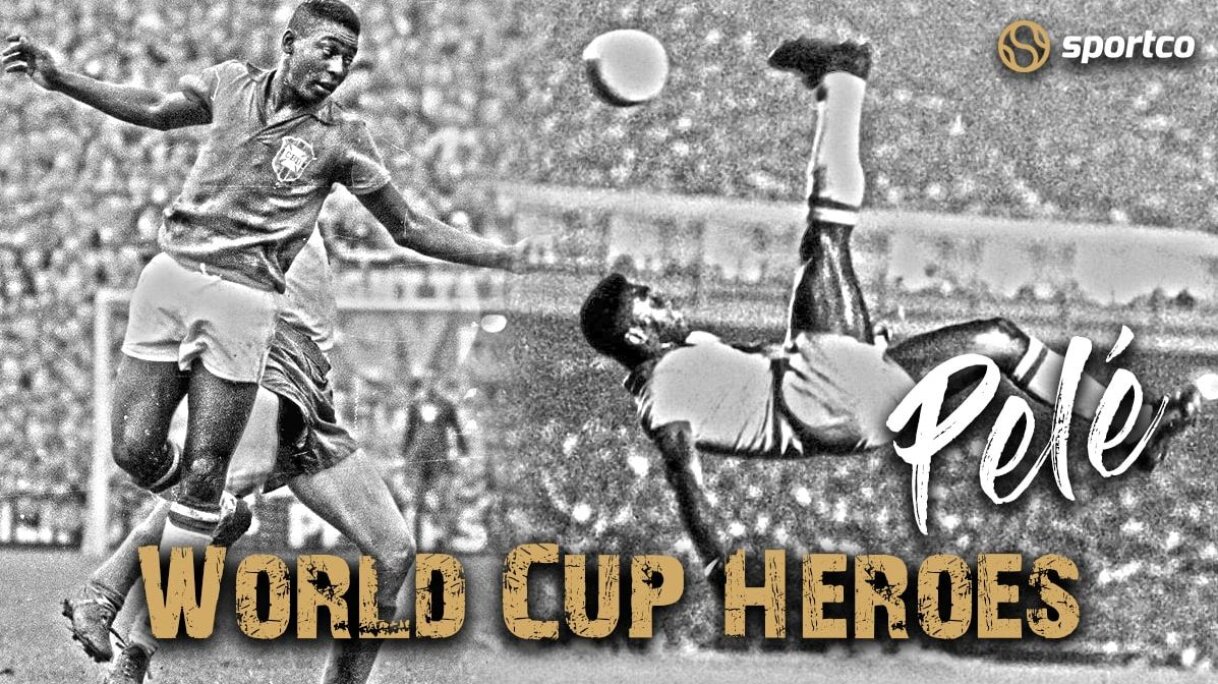 Losing the World Cup final in 1950 on their own turf was one of the darkest days in Brazil's history. But they had an opportunity to consign to oblivion the memories of 1950 World Cup final.

In the 1958 World Cup the Brazilian squad featured one of its then-youngest players, who would go on to change the trajectory of Selecao football history.

There were four groups and 16 teams; the competition did not add extra time if the team drew with each other. While two points were awarded for a win and one for a draw.

Brazil once again started the tournament as favorites since 1950

Brazil were seeded in a group alongside England, Austria, and Soviet Union.

It was unsure of Pele to take part in Brazil's practice due to a knee ailment that limited his prospects.

He only featured in the last group match against the Soviet Union, which they won 2-0. Pele's Brazil were among the top contenders in this championship, but they had to play three strong countries.

The then current Olympic champion were the Soviet Union, and Austria earned the bronze medal in the 1954 World Cup in Switzerland.

Only England seemed to be a vulnerable squad after losing numerous players in the Munich air tragedy, but they were still seen as challenging opponents.

Brazil topped the group with two wins and a draw and conceded a single goal.

The Selecao was pitted with Wales in the quarterfinals. The legendary Brazilian player finally had his moment to showcase as he was given his second start of the competition.

The 17-year-old had a memorable debut when he stunned everyone by scoring the solitary goal in Brazil's 1-0 victory over Wales in the quarterfinals to advance to the semifinal.

How Pele changed the fortunes of Brazilian Football?

For Pele, at 17 years old, it was a surreal experience since he never imagined that he would have the opportunity to represent his country at such a young age. The supporters were astonished by his age even though it was clear that aspirations were low.

It was a pivotal point; as a youngster competing in football's most prestigious tournament and representing his nation. He took a major stride forward in his life, and all eyes were on him.

Pele was in the starting lineup for Brazil's subsequent game against successful nations France in the semifinal and Sweden in final.

France, who had Fontaine, the tournament top scorer with eight goals, was made a mockery of him by Pele. Pele scored his first-ever hat trick as Brazil dismantled France 5-2 in the semi-finals.

Four goals in just two games in FIFA World Cup for Pele were enough to message football fans worldwide that there is a 17-year-old toying around against big nations in World Cup.

Pele became a household name after scoring a hat trick, which set a new bar for him. People gathered near Brazil's training facility to catch a sight of the 17-year-old while the media waited for him to get an interview.

Although his notoriety increased, he didn't let that deter him from concentrating on the tournament final with Sweden.

FIFA World Cup final between Brazil and Sweden on June 29, 1958, at Rasunda Stadium, Brazil had a second chance to erase the memories of their 1-0 loss to Uruguay in the championship game in 1950.

Sweden quickly seized the lead as the final got underway, but Brazil remained composed since they had Pele on their squad. Pele struck the post, but Vavá scored twice to give Brazil the lead.

Stadium fans viewed Pele's hat trick against France as an aberration, and many predicted that he would be intimidated by playing on the largest platform in the world.

The second half belonged to the 17-year-old, Pele. His first goal came in 55 mins when he received the ball from a cross in the penalty area; Pele controlled the ball on his chest as Swedish defender closed down on him; he twisted the ball away from him and when the second defender charged Pele boldly lifted the ball over him before lofting a power shot in the net.

This became one of the greatest goals of the World Cup, and in a blink of an eye, Pele scored another; every touch of his was cheered by Swedish fans.

The BBC commentator Kenneth Wolstenholme described Pele as "The wriggling shadow of black lightning with the ball-jugglery of a circus star, leaving a trial of mesmerized head-shaking Swedish defenders in his wake."

After being enthralled by his performance, the Swedish king came down to shake Pele's hand.

Pele's performance and Brazil winning the 1958 World Cup restored people's faith in the sport they admired the most and referred to as 'o País do Futebol' or 'the country of football.' The World Cup trophy also lifted the trauma 1950's loss in Maracana.