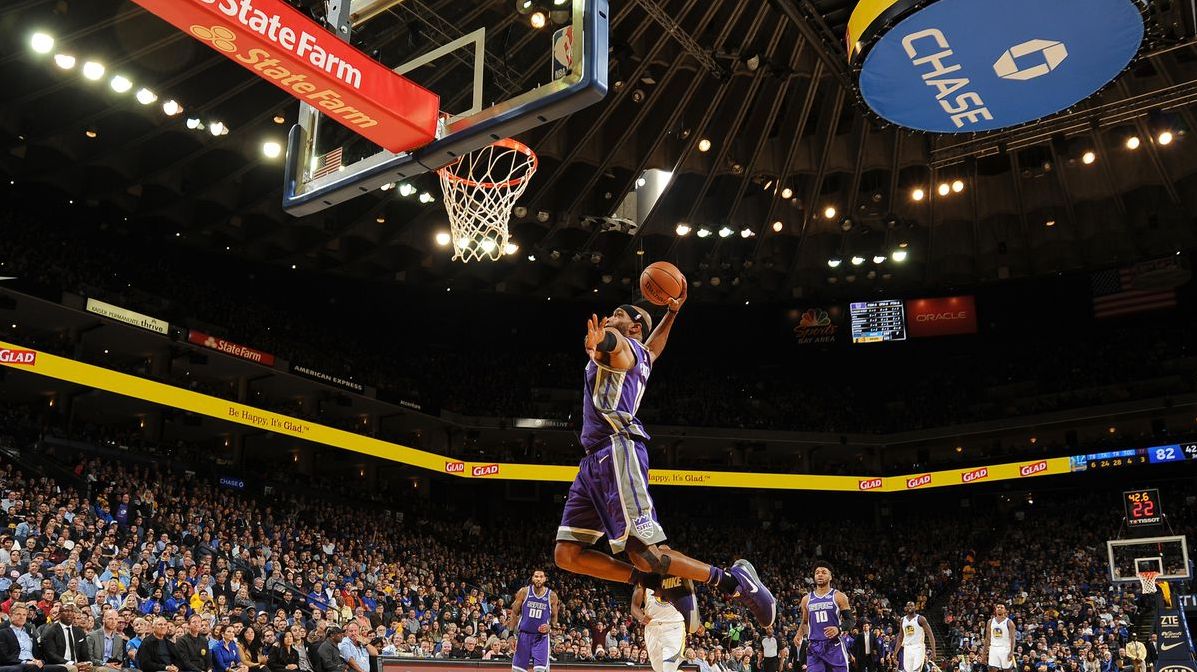 The NBA Slam Dunk Contest has been privy to many amazing battles between the best dunkers in professional basketball and scintillating performances by some all-time greats. Based on their displays during the NBA All-Star weekend, and more importantly, throwing down insane dunks during an NBA game, the following players and athletes have established themselves as the best ever when it comes to slam dunks. We look at the five best dunkers in NBA history.

'The Human Highlight Film' was a nine-time NBA All-Star and a two-time winner of the NBA Slam Dunk Contest. Wilkins was one of the first set of players to extensively use his dunks during NBA games.He last played in the NBA as a small forward for Orlando Magic. He is also a member of the illustrious NBA Hall of Fame.

The 6'10" Griffin has been a force to reckon with, ever since his career began. The former number-one pick won two NBA Slam Dunk Contests, and his in-game dunks are the stuff of legend. Griffin plays for the Detroit Pistons as a power forward.

The 'Reign Man' is probably the most ferocious dunker in the history of the league. Kemp's dunks often led to the creation of many nicknames such as the famous 'Lister Blister' which left Golden State's Alton Lister searching for his pride on the Key Arena floor. He was a six-time NBA All Star who last played for the Orlando Magic as a power forward.

'Dr. J' is probably the game's most iconic dunker. He never won an NBA Slam Dunk Contest only because the event did not exist during the commencement of his professional career. He did win the 1976 ABA Slam Dunk Contest, but is remembered for his in-game heroics. His tall frame was key in him being one of the most graceful dunkers in the history of the game.

'Half Man-Half Amazing' is arguably the greatest dunker of all-time. Not only did he produce what is likely to be the greatest performance in NBA Slam Dunk Contest history during the 2000 NBA All-Star festivities, he might also have the greatest in-game dunk. 'Vinsanity' plays for the Atlanta Hawks as a shooting guard.