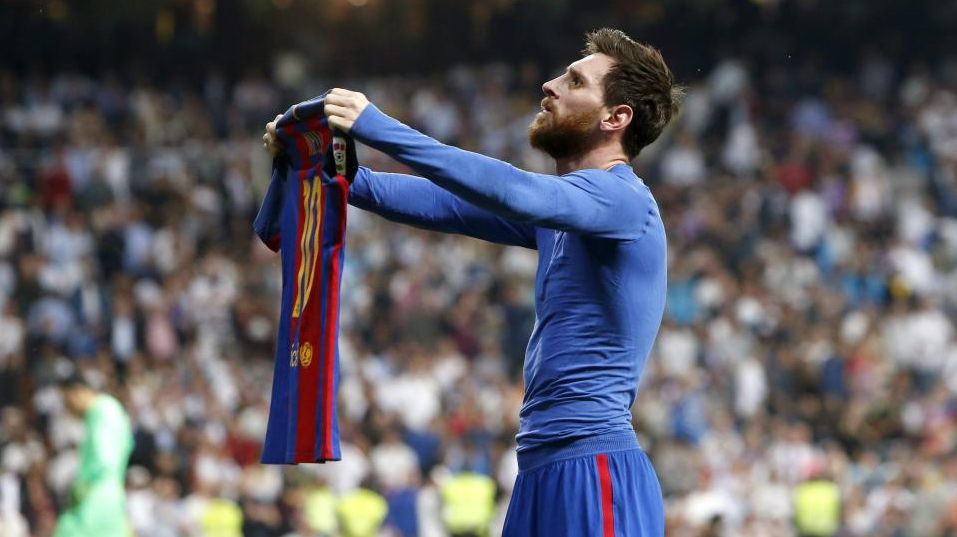 Real Madrid produced a brave performance against a strong FC Barcelona side at the Catalan den, to go into their home leg, still locked at 1-1 in the Copa del Rey semifinals. The second leg of the Copa Clasico promises to be another riveting fixture and we look back at five of the best Clásico meetings it has to live up to.

Losing a Clásico is bad enough, but losing one at home and in such humiliating fashion is something else. In May 2009, Real Madrid were on a run of 17 wins in 18 matches and got off to a positive start, with Argentine Gonzalo Higuaín scoring in the 14th minute, before Barcelona took over and blitzed their hosts. Thierry Henry and Lionel Messi scored a double each, while defenders Carles Puyol and Gerard Piqué netted one apiece. The victory proved to be the final nail in the coffin of Madrid’s title challenge, as Barça went on to claim La Liga, Champions League and Copa del Rey success in Pep Guardiola’s first season at the helm.

With Real Madrid already wrapping up the title before Barça’s visit in May 2008, tradition dictated that the Catalan club gave their hosts a guard of honour. And so, there they stood either side of the Madrid team as they walked on to the pitch, something Carles Puyol later voiced his understandable displeasure at. Things were to get even more humiliating, as the home side went on to claim a crushing 4-1 win thanks to goals from Raúl, Arjen Robben, Higuaín and Ruud van Nistelrooy.

Real Madrid fans have seen some truly wonderful players grace the pitch at the Santiago Bernabeu, but not many Barça players have had such an impact that they have been applauded by the home supporters. However, Ronaldinho had that honour in November 2005. The Brazilian superstar produced a remarkable display as Barça tore Madrid apart in an emphatic 3-0 win. Ronaldinho scored twice, but it was his second that really left those in attendance marvelling, as he went past Ramos and Iván Helguera before producing a rasping finish at the end of a 50-yard run. It will be long remembered as a vintage Clásico goal.

On January 8 1994, Michael Laudrup was a key part of a Barcelona team which trounced Real Madrid 5-0 on their way to a fourth successive LaLiga title. Fast-forward almost exactly 12 months to January 7 1995 and Laudrup was on the other team after committing the cardinal sin of leaving Barça for Madrid, a move which came about because of a falling out with Johan Cruyff. The score was exactly the same and once again Laudrup was at the heart of things, but this time it was a Madrid side inspired by Ivan Zamorano, dismantling their opponents, smashing them 5-0 in what proved to be the perfect revenge for Los Blancos and their great Dane. Madrid would go on to win the title.

The Argentinian ace Lionel Messi cancelled out Casemiro’s opener, before Ivan Rakitić put Barça ahead with 17 minutes to go.Sergio Ramos’ red card for scything Messi down should have ended their hopes, only for James Rodríguez to seemingly salvage Madrid a point five minutes from time. But Messi brilliantly struck right at the end with his 500th Barcelona goal, before taking off his shirt and holding it out with his name facing the Madrid support in a now iconic celebration.