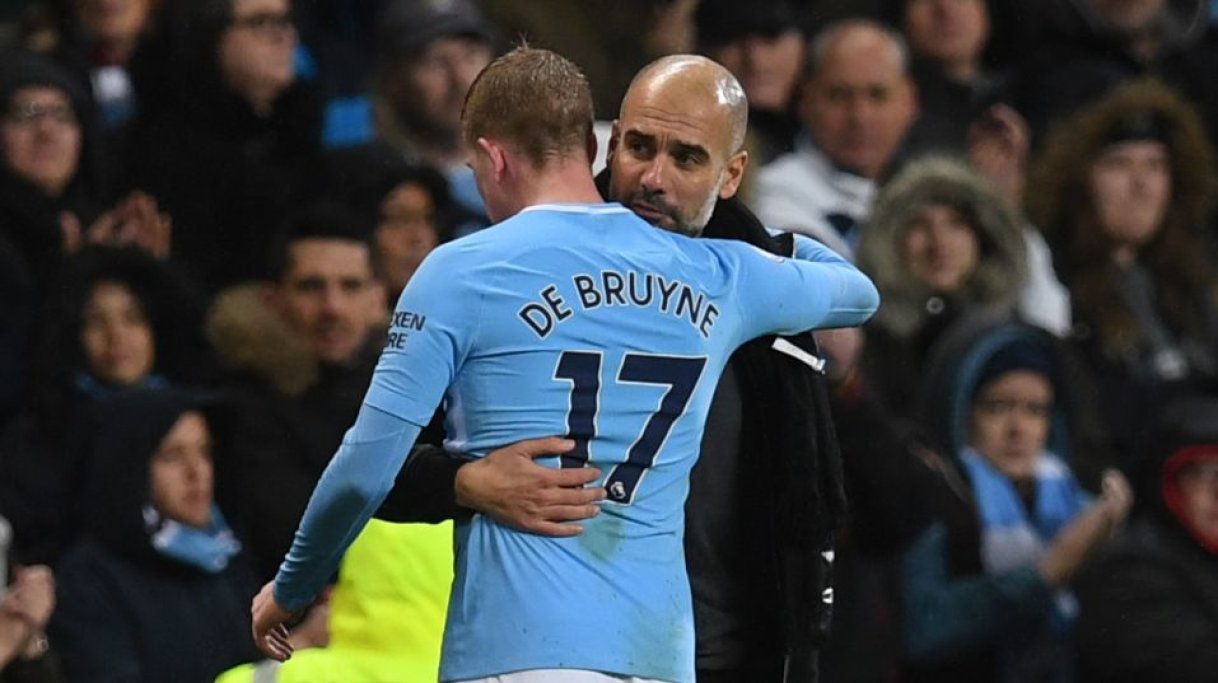 Guardiola explains the idea behind De Bruyne substitution against Wolves

Pep Guardiola has stated that the only motive behind taking Kevin De Bruyne off in the game against Wolverhampton Wanderers was to make sure that the midfielder didn’t sustain any injury with the busy schedule ahead.

Manchester City’s next game against Sheffield United was scheduled only in 48 hours’ time and Guardiola’s decision to rest his best player was understandable at that stage, but as it turned out, it totally backfired.

llkay Gundogan, who replaced De Bruyne in the midfield, was nowhere near as effective as the Belgian as he gave away the ball to the Wolves players on many occasions.

It allowed the Wolves to press forward, which resulted in two goals against City in the last quarter of the game as they dropped three points to fall further behind in the title race.

De Bruyne, who has been in sensational form for City in the last few games, was not happy at all when he was substituted and he let his frustration known to his manager clearly as he moved past him on the touchline.

Guardiola, in the post-match press conference, admitted that with City 2-1 up in the game, he had started thinking about the next game and with that view; he decided to substitute De Bruyne.

The City boss also insisted that the gap between Liverpool and City was quite big even before this game and the Citizens weren’t thinking about the title anyway.

“It is big for a long time. It is not realistic to think about the title race. I have been asked the question for a long time and it is the same answer.” Guardiola told the reporters.

City are now 14 points behind the league leaders Liverpool, having played an extra game as well. It seems virtually impossible for them to defend their title from here on.