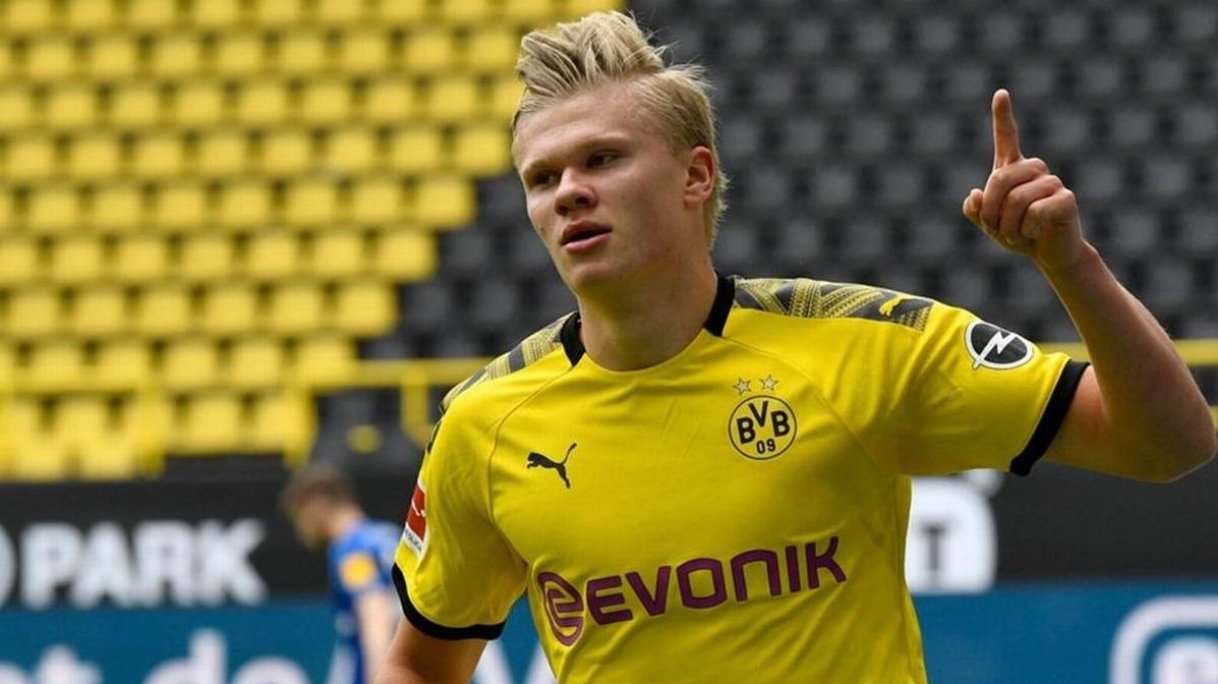 Erling Haaland 'not surprised' by his performance against FC Schalke 04

Borussia Dortmund’s youngster Erling Braut Haaland feels that his hard work and efforts during the Bundesliga suspension have paid off after a very impressive display against Schalke. Haaland bagged the opening goal as he played a huge role in his side’s win against FC Schalke 04.

The 19-year-old Norwegian struck the first goal in Dortmund’s dominating performance in a 4-0 victory at Signal Iduna Park on Saturday after Germany’s top-flight resumed after months of suspension due to the coronavirus pandemic.

Raphael Guerreiro and Thorgan Hazard were the other contributors in the Revierderby where the former scored a brace. Haaland though was confident about his scoring form but still, he felt that he was not up to the mark in his first appearance for months.

“Of course I’m not the same. I haven’t been playing games for seven weeks, so of course not but I know I have been working hard this period and I am not surprised to score, no,” he told Bundesliga’s official website. Haaland and Dortmund also witnessed a superb display from Julian Brandt, courtesy of which they are just a point away from the leaders Bayern Munich.

The attacking midfielder was involved in all the goals, each of the goals being celebrated in a very unusual fashion as players avoided any kind of physical contact. The Bundesliga also saw substitutes maintaining social distancing guidelines and even the post-match interviews were taken care of following the same.

When asked about the celebrations, Brandt said, “You have to find a way to make the most of the situation and have fun. What better way to start than with a win? Obviously, I’d prefer if conditions were normal, but it is what it is. It wasn’t a perfect performance but I’m happy after such a lengthy hiatus.”

Haaland scored his tenth goal in just nine appearances and he is confident enough that he will score more.