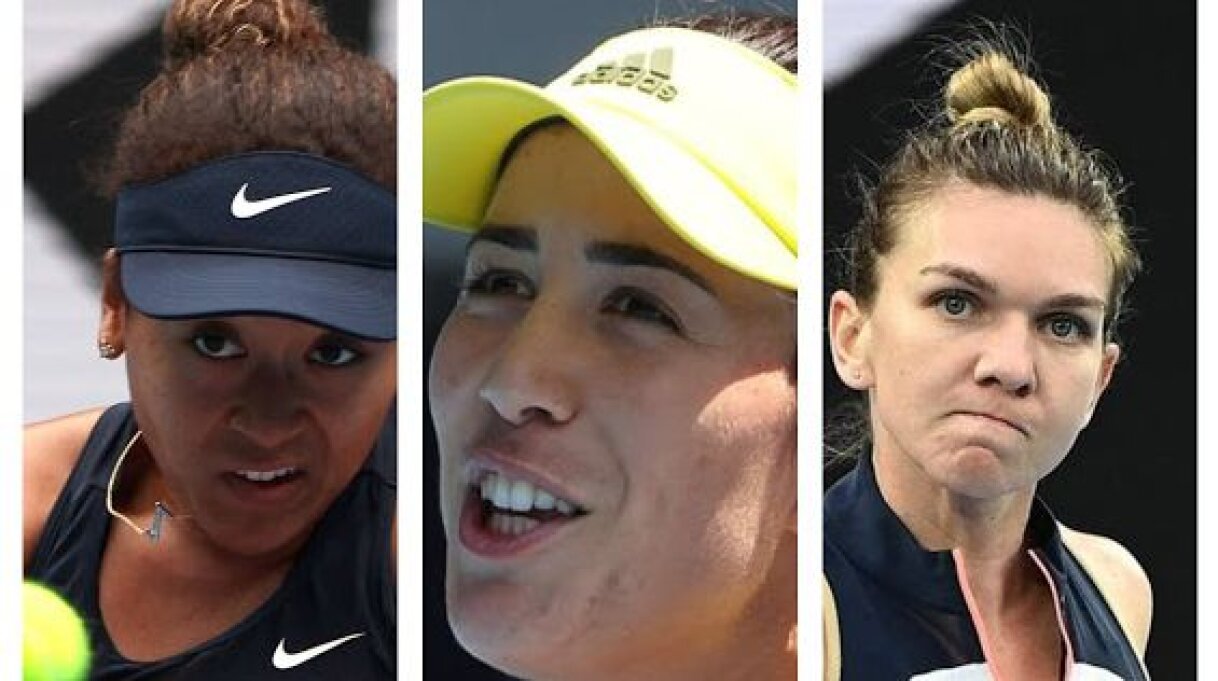 Marvellous matches await the fans as Naomi Osaka takes on Garbine Muguruza and Simona Halep sets up a clash against Iga Swiatek in the fourth round of the Australian Open at Melbourne Park.

Third seed Osaka comfortably won against the 27th seed Ons Jabeur beating her 6-3 6-2 in the third round. The Japanese player hit 8 aces and claimed 74% of her first-serve points.

On the other hand, Muguruza thrashed Zarina Diyas 6-1 6-1 in just 56 minutes in a one-sided contest. The Spaniard smashed 3 aces, clinched 71% of her first-serve points and also converted 5 out of 8 breakpoints.

This is the first meeting between both the players on the WTA Tour.

Osaka reached the third round last year losing to Cori Gauff in straight sets. Muguruza was the runner-up in the 2020 edition of the tournament and lost to Sofia Kenin in three sets in the finals.

Osaka is on a 17-match winning streak and is in the fourth round of the Australian Open for the third time in her career. Having not dropped a set so far, she has been clinical hitting winners consistently off both wings.

Muguruza is on a roll having conceded only 10 games in her three matches in the tournament. Both players are equally matched in the serve department and are known for their aggressive ball-striking. Osaka has a better return of serve while Muguruza is efficient at the net. The Spaniard needs to keep hitting the ball on the forecourt to ensure that Osaka is pinned to the baseline.

But the Japanese's mental strength may prove to be her saviour against Muguruza who may play some inconsistent tennis in patches.

Halep ousted the 32nd seed Veronika Kudermetova 6-1 6-3 in the third round. The Romanian pounded 4 aces, hit 21 winners, and won 60% of her first-serve points.

Swiatek overcame Frenchwoman Fiona Ferro defeating her 6-4 6-3 in 1 hour and 24 minutes. The Polish player claimed 67% of her first-serve points and smashed 20 winners.

Halep and Swiatek are tied 1-1 in their head to head record. This is their first meeting on hard courts.

Swiatek's raw athleticism and brutal power have made her dangerous with a 10-match winning streak in grand slams. She has won 11 out of her last 12 matches and not dropped a set so far in the tournament.

After committing a whopping 37 unforced errors in a close win against Ajla Tomlijanovic in the second round, Halep reduced her mistakes and was razor-sharp in her return of serve against Kudermetova.

"Many things I have to do different, it was a very fast match in Roland Garros, I did not actually feel anything, it is a big challenge because she crushed me, she was very fast and very strong on that day, but I will forget that match," said Halep reflecting her defeat against Swiatek in the fourth round of the French Open last year.

"I just hope we are gonna play a great match, I hope it is gonna be a bit longer than the last two matches that we played against each other, I am really happy, and it is always a great pleasure to play against her, so I am looking forward to it," opined Swiatek highlighting her expectations for the clash after two previous one-sided encounters against Halep.

Swiatek has impressed with her control of the rallies and excellent anticipation on the fast courts in Melbourne. The Pole lost in three sets in the fourth round at Melbourne to Anett Kontaveit last year. Halep was defeated in the semifinals in straight sets in the 2020 edition of the tournament by Muguruza.

A deep insight into how Halep and Swiatek have performed on the crucial metrics in the opening slam so far.

Halep will look to get off to a strong start and maintain her rhythm. Swiatek will depend on the heavy forehand and potent backhand to do the job.

So whom are you supporting? The consistent Osaka or the in-form Muguruza, the experienced Halep or the ruthless Swiatek, do let us know your predictions in the comments below.