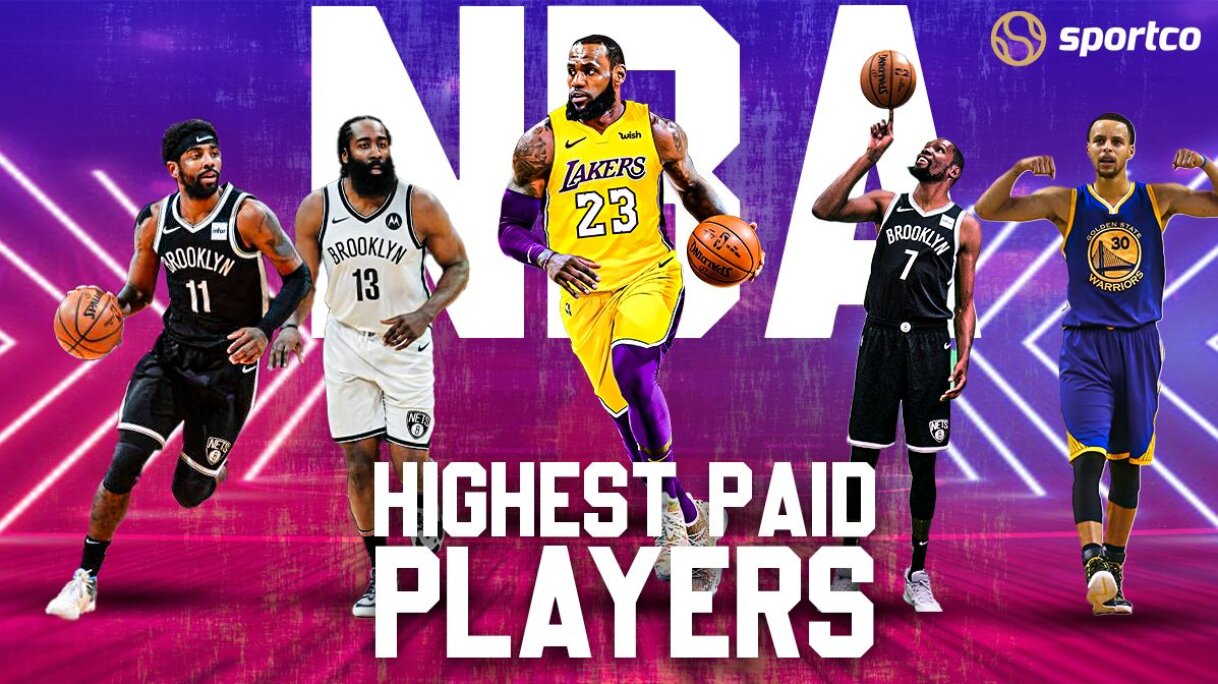 The NBA has been one of the most popular sports, not only in the USA, but the entire world. Every basketball fanatic follows the NBA whether it is through highlights or by watching the game live.

It generates millions of views per game, it also has a lot of endorsements. It is safe to say the players are paid really well as some of the richest athletes in the world belong to basketball. So lets look at the Top 10 list of highest paid NBA players in 2021.

Lillard has seen it all, from being at gun point as a youth to earning in 8 figures a year. He also puts his money to good use, launching an annual internship program in 2020 for a number of high school students in Chicago, New York and Los Angeles

Chris Paul isn’t the biggest marketable athlete in the game of basketball but he lets his game do the talking and gets paid for it.

He also has an option next season for $44 million, which he will likely opt for. Chris Paul is the best passer in the league and one of the best passers of all time, recently placing himself amongst the top 5 highest number of career assists. It is safe to say, he got paid for all his hard work in interest.

Uncle Drew had to make an appearance amongst the highest-paid NBA players in 2021, his game is green like cash. He is leading Brooklyn Nets, along with Harden and Durant (injured) to win the 2nd ring of his career. Kyrie Irving is still young and getting better, so the numbers will only go up from here.

The 2nd half of the splash brothers might be injured right now but that does not stop him from making some serious money.

Klay Thompson is arguably the best hot streak shooter in the league history, putting up unbelievable numbers throughout his career.

The Golden State Warriors are in clear disarray without Klay Thompson ad they will be needing him next year for sure. After signing a monster deal with Anta and other brands, Klay is securing the bag.

The Greek Freak makes the list of the highest-paid NBA players in 2021, of course. Giannis Antetokounmpo has got a humorous personality, making him very marketable with the game he has.

The two-time MVP winner is clearly one of the best players in the league right now. He’s only 26 years old, so we can only expect his contract numbers to get even bigger.

Disney has allegedly signed a deal with him for making a movie of his life-journey from Greece to the NBA.

Making the top 5, James Harden has secured one of the biggest payouts in NBA history. He is a quiet personality, so he isn’t the highest-paid NBA players of 2021 in terms of brand deals but it is still enough to secure him half a hundred million dollars per year. He is currently in the Brooklyn Nets, looking to win his first NBA championship.

The Triple-double machine, Russell Westbrook, makes it to the fourth spot in the list of highest-paid NBA players in 2021.

His partnership with Nike is a huge reason behind his financial success and his inclusion in our list of the highest-paid NBA players of 2021. Currently playing for the Washington Wizards, Westbrook will surely have a raise in pay once he finds consistency in his game again.

Durant hit gold by investing $1 million in the food-delivery company Postmates back in 2016. After Uber bought it out, Durant’s $1 million turned into $15 million, securing him a massive bag.

On top of that, Durant has got one of the biggest contracts in the league which helps him climb to the third spot of the highest-paid NBA players in 2021.

I mean, if you are the one who completely changed the game in a span of a few years, you are bound to become one of the biggest and most marketable athletes in the world.

The Baby Faced Assassin is carrying the Warriors this season but it is not enough. Warriors might be looking to increase the numbers on his contract as it is not long before Stephen Curry becomes a free agent.

The two-time MVP has one of the biggest shoe deals of all time with Under Armour. Curry was a huge reason in the massive rise in stocks of the shoe brand. Stephen Curry makes it to runner-up position in our list of the highest-paid NBA players of 2021.

Is it even a surprise? King James tops the list of the highest-paid NBA players in 2021. Having the biggest endorsements is the least you can expect while being an all-time great.

LeBron will try to attain a back-to-back championship feat this year despite the Brooklyn Nets being the favorites to win the league. He has also got a number of investments, most famous being in Liverpool FC.

LeBron James has the biggest Nike deal in the NBA right now, getting paid over $30 million a year from the shoe brand alone.