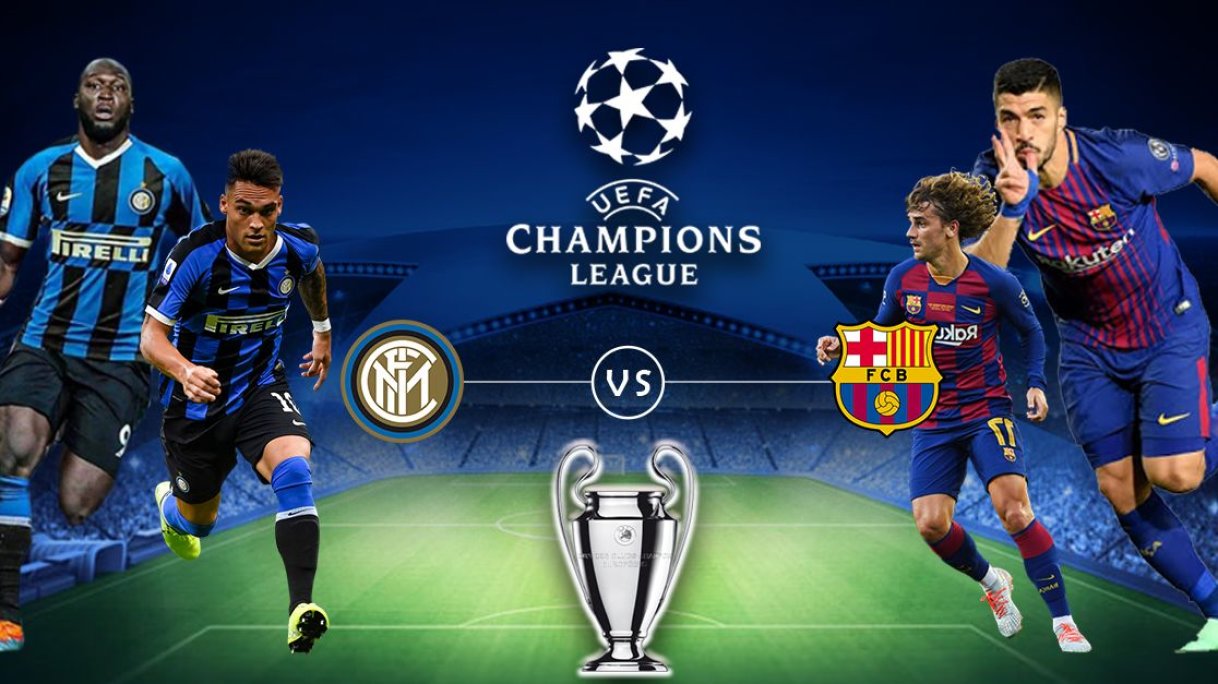 Internazionale welcome FC Barcelona to the San Siro for their final Champions League group stage game, knowing fully well that a win would see them join their opponents in the knock-out stages.

Inter are finally starting to regain some of the swagger that has been missing in their game for years, with the appointment of Antonio Conte working wonders.

The Nerazzurri are currently perched atop the Serie A table, although things are much tighter in the Champions League, where they are level on points with Borussia Dortmund and are vying for the second spot in Group F.

Barca, on the other hand, are at the summit of Group F as well as La Liga.

Inter's task is actually quite simple; win and they would be guaranteed a spot in the knockout round of the competition.

Antonio Conte's side could also lose and still go through, providing that Dortmund do not pick up a draw or better against Slavia Prague in the group's other fixture.

Inter will again be without the services of on-loan Manchester United attacker Alexis Sanchez due to an ankle injury, while Conte will also be unable to call upon two key midfielders.

Stefano Sensi and Nicolo Barella have both been in fine form for Inter this term, but the pair are still on the sidelines, handing the Italian a selection problem in the middle of the park.

Kwadwo Asamoah made his comeback from a knee injury off the bench against Roma, though, and Inter are also hopeful that Antonio Candreva would overcome a back problem to start against Barca.

The big decision for Conte will be picking his wing-backs, with Valentino Lazaro and Danilo D’Ambrosio likely to get the nod on the two flanks. D’Ambrosio will feature as the left wing-back, with Lazaro starting on the opposite flank.

The back-three is likely to remain unchanged, with Diego Godin, Milan Skriniar and Stefan de Vrij partnering up again. Inter Milan captain Samir Handanovic, meanwhile, picks himself between the sticks.

In the absence of Barella and Sensi, the three central midfielders become automatic picks, with Matias Vecino, Marcelo Brozovic and Borja Valero starting in the middle of the park.

Upfront, Romelu Lukaku and Lautaro Martinez, who scored in the reverse fixture, will form the strike partnership once again.

Ernesto Valverde is set to make some rotations when Barcelona take the field against Inter Milan.

Without four first-team players due to injury troubles, Valverde has also decided to rest Gerard Pique, Sergi Roberto and captain Lionel Messi, leaving the trio behind in Catalunya.

With Nelson Semedo unavailable due to his injury and Roberto rested, Moussa Wague will get a rare opportunity to impress at the right side of the Barcelona defence.

Pique’s absence means Samuel Umtiti and Clement Lenglet will likely form the central defensive partnership, while Junior Firpo is a certain starter as the left-back.

In goal, Neto is set to make his Barcelona debut, with Marc-Andre ter Stegen likely to be rested as well.

Another player who is likey to be given an off is Frenkie de Jong, and Carles Alena should be deputising for the Dutchman.

Antoine Griezmann will lead the line against Inter Milan with Luis Suarez, up front.

Arguably the first name on Antonio Conte’s teamsheet from an attacking perspective, the 22-year-old Argentine marksman has struck up a near-telepathic relationship with Romelu Lukaku.

He is a talented prospect, and with a keen eye for goal, Martinez could wreak havoc in front of the Barca defence.

Lautaro has amassed 5 goals from as many Champions League matches, and also registers 4.2 shots per game.

The Argentine will have to get past Barca defender, Clement Lenglet. Lenglet is an assured presence at the heart of the Catalan outfit's defence.

The French international is tough to get past, and it shows in the fact that Lenglet has made 2.8 clearances and 1.2 interceptions per game, from the 5 Champions League matches he has played for the Blaugrana, this season.

Sparks are bound to fly at the Stadio Giuseppe Meazza when Uruguay teammates Diego Godin and Luis Suarez lock horns with each other.

Godin has played four Champions League matches, and already has 3.8 clearances and 3.5 tackles per game, to his name.

Suarez is looking in terrific form for the Catalan side, and will look to make light work of an Inter defence which has the Uruguayan Godin, right at the heart of it.

The former Liverpool striker has 3 goals and 1 assist from 4 Champions League matches, and in the absence of Lionel Messi, Valverde will banking on him to turn up with good returns.

It will indeed be a full-fledged tactical battle when the duo faces off tomorrow night in Milan.

The Nerazzurri will be desperate for all three points, which will be enough for them to book their safe passage through to the knockout stages.

In the end, however, Internazionale should have just about enough quality to edge the contest.