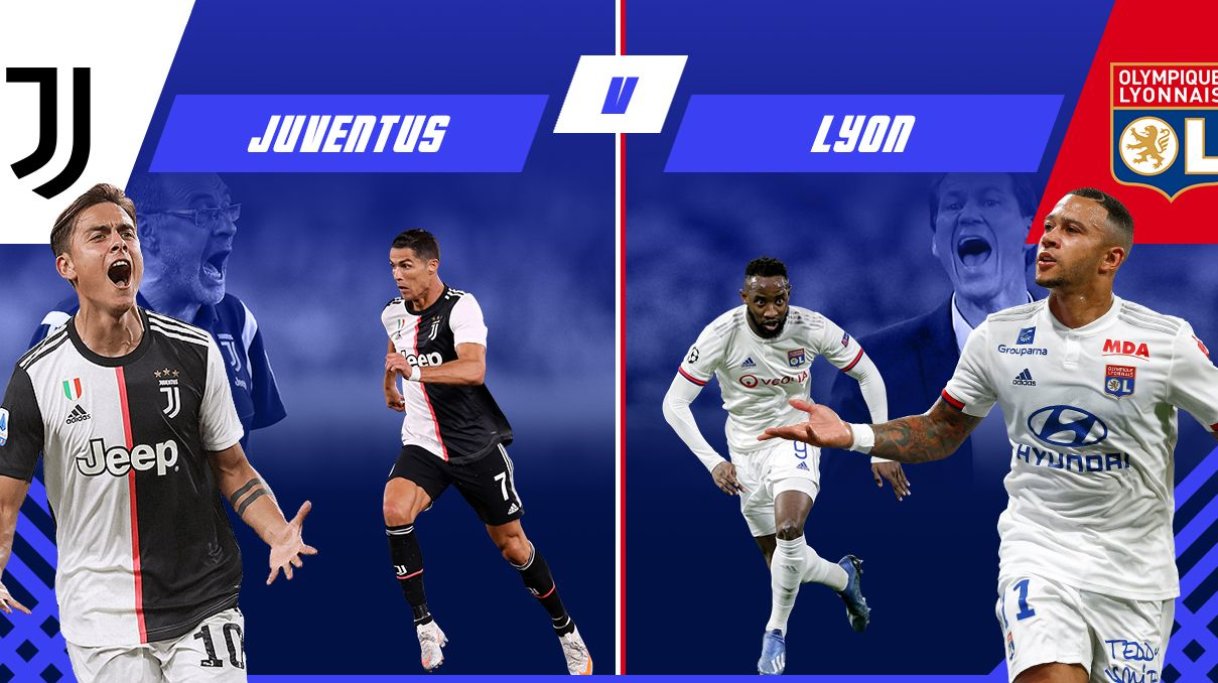 The Champions League will be back on the screens for the first time in four months on Friday, with Juventus taking on Lyon in the second leg fixture of the Champions League last 16. Les Gones head to the game with the upper hand, having beaten the Old Lady 1-0 in the first-leg in February.

Juventus have been very strong in the league but their dominance has not had the same impact in European competitions. They have been aiming to win the Champions League for some time now but have fallen short.

Lyon struggled to qualify through the group stages and were just a point ahead of the two teams below them. Still, they managed to pull off a miracle with a shocking win over Maurizio Sarri’s Juventus in the first-leg. Lyon have been below their standards in the league, finishing seventh before Ligue 1 ended prematurely due to the coronavirus pandemic.

Juventus have lost only once in the last six times the sides have played each other, winning four and drawing one, with their latest defeat being as recent as February. However, Juventus have lost the last two out of their three home Champions League knockout games, losing to Real Madrid in 2018 and Ajax in 2019.

In the knockout stage, Lyon are winless in their last ten away games, drawing two and losing the rest, failing to score in six of those games.

Ronaldo will be fired up as the Portuguese has scored 18 goals in his last 12 home Champions League knockout games. The run includes four hat-tricks, including the one in the second leg of last season’s last 16 game against Atletico Madrid.

Juventus went through some ups and downs during their journey to a ninth consecutive Scudetto, losing three out of their last five games including two losses against bottom-half sides such as Udinese and Cagliari.

Another shocking fact is that Juventus have won just two of the last eight games they played over the past month, drawing two and losing the rest four. The game maybe a very tricky one after their recent performances and due to the lack of creativity in the midfield.

Lyon made their return to football with a solid 0-0 against PSG in the Coupe de Ligue final but went on to lose 6-5 on penalties. Lyon have had only a few friendly fixtures to regain their match fitness, winning five and losing one of them.

Sami Khedira, Mattia De Sciglio and Douglas Costa are on the sidelines due to injury. Sarri will be hoping to play a fully fit Paulo Dybala on Friday as the Argentine missed the last two games for Juventus with a thigh injury. He has returned to training though.

Lyon will be without the service of left-back Youssouf Kone, who is out due to a muscle injury, while Marcelo and Kenny Tete are also concerns, with the pair suffering from thigh and muscle issues respectively.

One of the biggest reasons Cristiano Ronaldo was bought by Juventus was to get their hands on the Champions League.

Ronaldo is the all-time highest goalscorer and assist provider in the Champions League.

However, after a successful Serie A season and having missed out on the European Golden Shoe marginally, Ronaldo will be looking to regain his dominance in Europe's biggest competition.

The Portuguese superstar has two goals in the Champions League this season. However, Ronaldo's record in the knockout stages is miles ahead of any other player in the world, having scored the most knockout goals in the competitions including plenty of hat tricks.

His last hattrick in the Champions League came against Atletico Madrid last season which was a comeback Juventus had never achieved in their history.

Any defender going head-to-head with the Portugal skipper will have to do a lot more than his best. Joachim Andersen has a good record in interceptions and tackles but he will be under tremendous pressure as he will have to deal with Ronaldo on one side and Lyon's extremely poor record in the knockout stages on the other.

Les Gones managed to keep a clean sheet against an in-form PSG team in the Coupe de la Ligue final and that is something Andersen would look to keep in mind before getting on the pitch in the game against Juventus.

Memphis Depay did not play a part in Lyon's win against Juventus in the last 16 of the Champions League in February.

Despite limited appearances this season due to injuries, he still is one of the club's major goal threat. He has nine goals and two assists in Ligue 1 to his name and that took him only 13 games.

Lyon lead by a goal and entering the game as the away side, can only increase problems for the Old Lady. The addition of Depay to the side with the goal advantage can cause serious trouble to Juventus as any more goals by Lyon will heavily reduce the Bianconeri's chances of going through.

Juventus were very poor defensively towards the end of the league as they lost their last three games out of five, two of which came against sides from the bottom half of the Serie A.

Bonucci has enough experience of playing in high pressure games and the Juventus veteran still looks to be one of the sharpest defenders in the world. Depay will have  tough competition ahead but his footwork and crossing can cause extra problems.

On the other hand, Bonucci will be looking to use his physicality with full effect and the thin goal difference between the two sides will only make the game and this head-to-head more interesting.

Despite Juventus’ struggles, they will enter the game with an advantage, having played more competitive games than Lyon, not ignoring the fact that the Old Lady are much better on paper.

However, Rudi Garcia’s squad will try to give their absolute best and make good use of the slender lead they have. Scalping Juventus and Ronaldo will be a great upset for Les Gones, however unlikely it may be.