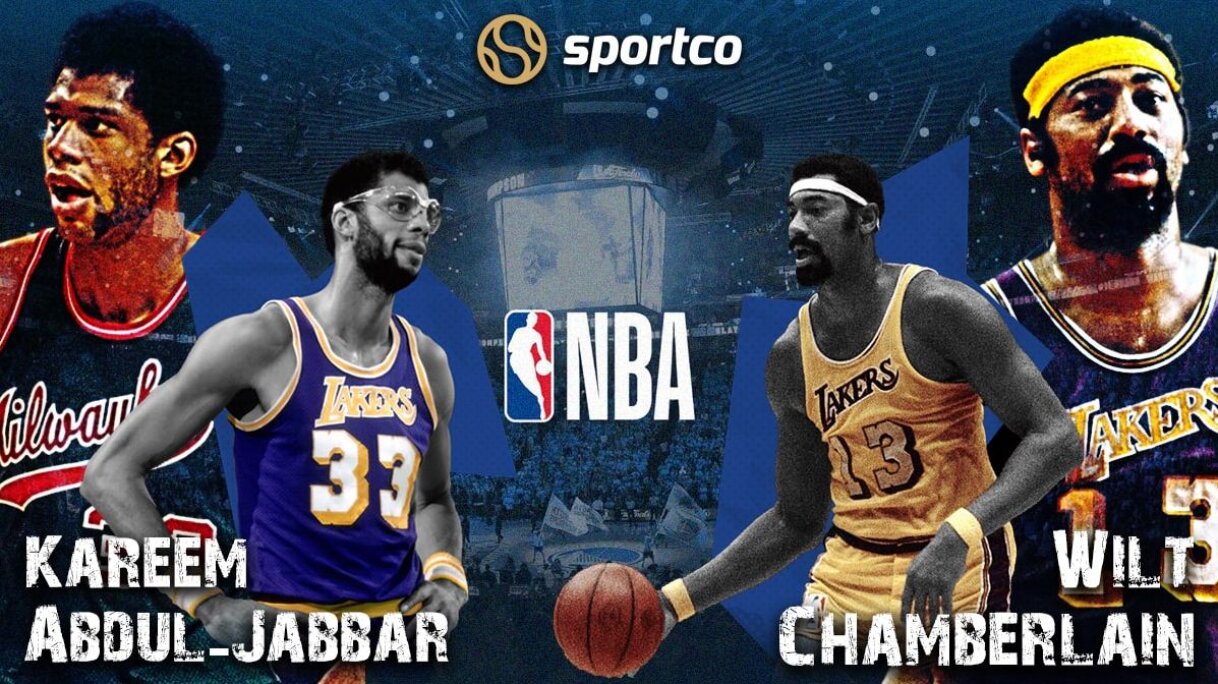 Kareem Abdul-Jabbar and Wilt Chamberlain are amongst the highest-scoring players in NBA History, with Kareem Abdul-Jabbar leading the chart. In the era where scoring a 3 point was a rarity, these monsters piled up points inside the paint.

Kareem is famous for being the top scorer in NBA history, while Wilt Chamberlain is famous for his 100 point game that was never replicated. Only Late Kobe Bryant has come closest to beating the record, scoring 81 points.

At the time, point guards were only used for playmaking, it was a league dominated by Centers, and these two, stand on top of the food chain with only Shaquille O’Neal present there.

Kareem Abdul-Jabbar’s post moves were like a hack in real life, one of the most effective scorers in the history of the NBA.

No other player has ever been as effective and clutches during the final few minutes when it was needed the most. Famously known for his Sky Hook Shot, to this day no one has been able to perfect it as good as the big man himself.

Defensively, Kareem’s blocking was equally effective as his post moves. Kareem averaged 2.6 blocks throughout his career, and blocks per game weren’t recorded during the first 4 years of his career in the NBA.

Combining his high IQ and technicality, attackers had a problem whenever they were faced by Kareem inside the paint.

When it comes to Wilt Chamberlain’s signature moves, he used to do the finger roll in an era where finger roll wasn’t even known to anyone.

The man played during the time 3 pointers did not exist, imagine scoring 100 points in a single game without scoring a three. Wilt was known for his devastating athleticism, opponents would barely have a chance defending Wilt.

In defense, Wilt used his physicality and in-game knowledge to stop the opposing attackers. During his era, defensive stats were not recorded properly so we don’t have in numbers as to how good was Wilt but we can have a good idea as whichever team Wilt played, had a great defensive rating almost every single season.

It’s the longevity and consistency of Kareem Abdul-Jabbar that made him rack up more points than Wilt Chamberlain else having more points than a player who averaged more than 30 points per game his entire career is almost impossible. However, both were different beasts in their own rights, the era was different as well.