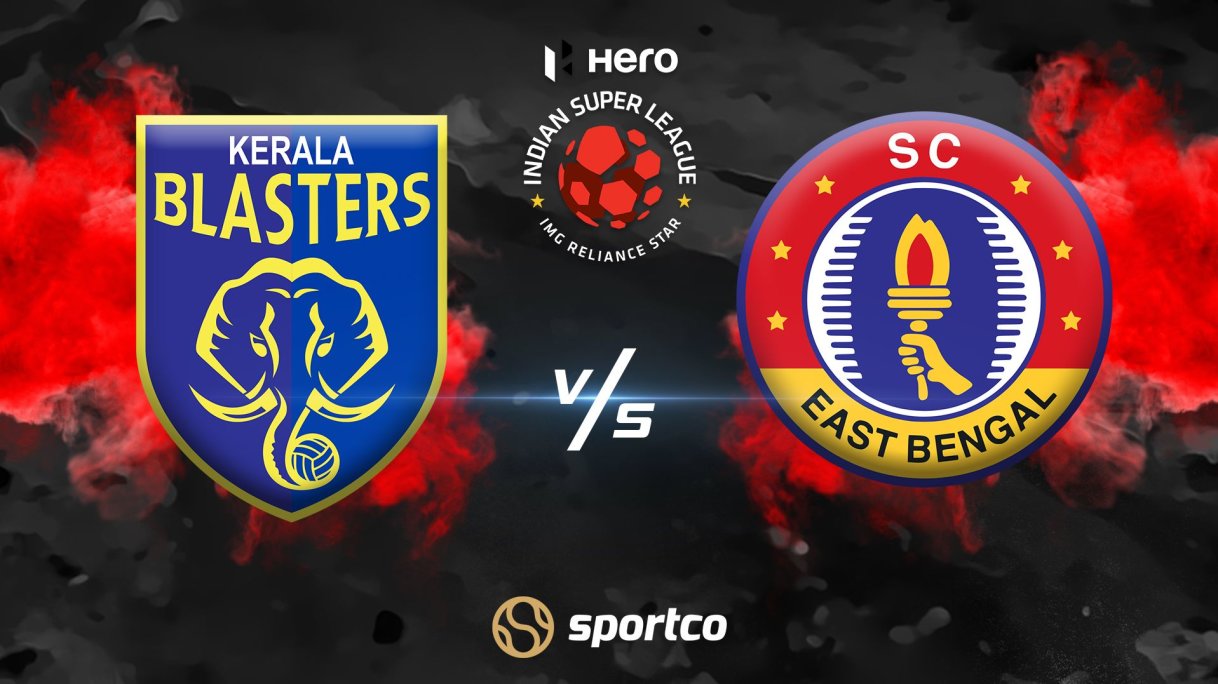 Kerala Blasters will lock horns with SC East Bengal as both the teams are still in search to register their first win in the tournament.

The teams are currently at ninth and eleventh places respectively. Kerala has drawn twice,  and lost three games, while SC East Bengal has lost four of their five matches till now.

The game will be an enthralling one as both the teams are desperate for a victory in the competition.

The teams have never played each other in the past, making this game even more important.

This is the first time that Kerala Blasters haven't won in their first five games in the Indian Super League.

The teams have a record for joint-most goals conceded in the competition.

The Kochi based outfit have no concerns and everyone is in contention to feature in the starting XI except the skipper Sergio Cidoncha.

For the Red and Gold, Danny Fox is still out and there's still time for Aaron Amadi-Holloway to be fully fit to feature in a game. Scott Neville is sidelined, while Eugeneson Lyngdoh will be available to play after serving his suspension.

Samad has had a quiet season so far, featuring only once. The youngster has the potential but had failed to prove everyone and it seems he'll have to work harder to make an impact that big so that he deserves a run of games.

The 23-year-old had begun full training with the squad after a week's of separate training and he will hope that he gets another opportunity to prove himself.

Maghoma became the first Red and Gold to appear on the scoresheet this season. The two-time 'Player of the Season' award winner with different outfits is yet to show his full potential and hopefully, he will get on top soon.

Considering both the team's situations, it will be intriguing to see who comes on top. Kerala and East Bengal have a point to prove, and they also want to avoid being called the weakest team in the league.

The stakes are high and we are up for a game that will probably go down to the wire.