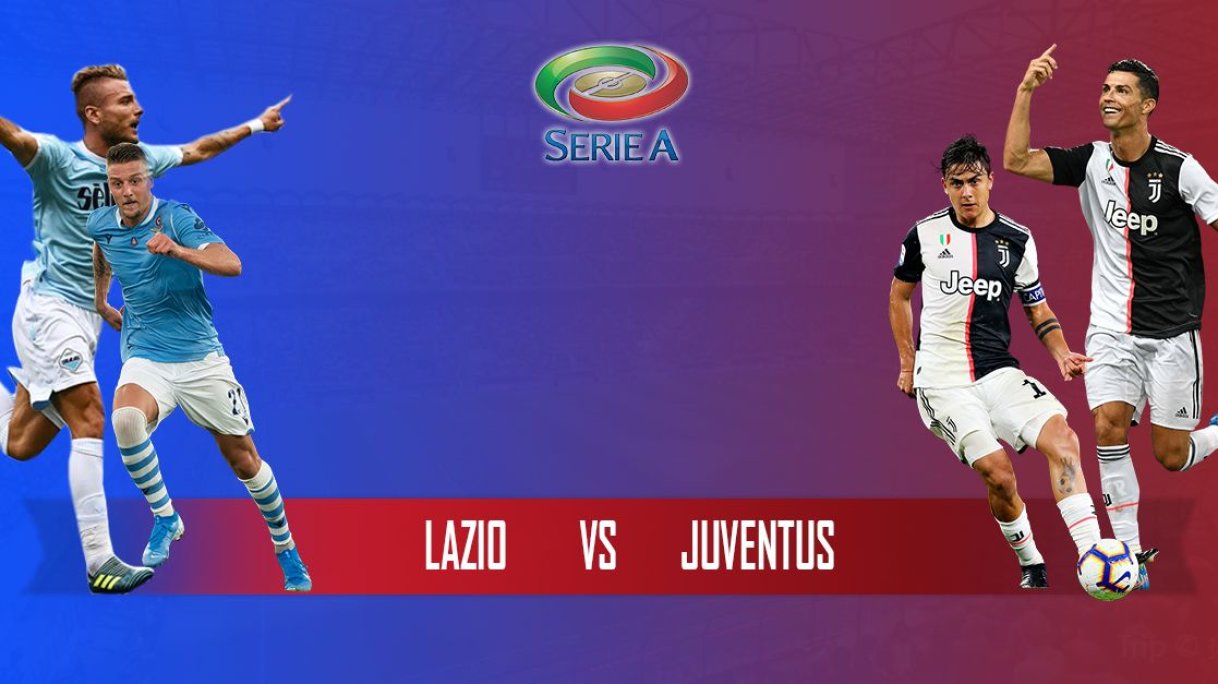 Lazio vs Juventus: Serie A - Preview and Prediction

Lazio will be hosting defending champions, Juventus at the Stadio Olimpico in Rome on Matchday 15 of the ongoing Serie A competition.

Juventus will be looking to return to winning ways when they visit an in-form Lazio. The Bianconeri relinquished its first spot in Serie A to Internazionale last weekend following a 2-2 draw with Sassuolo.

Lazio will enter this match in third spot, having won their last six in the league. The Biancocelesti are unbeaten in their last nine matches in the Serie A.

Simone Inzaghi's side will enter this weekend's contest in serious form. Le Aquile are actually unbeaten in Italy's top flight since losing 1-0 to Inter at the end of September.

Lazio appear to have the credentials to challenge for a top-four finish this term, though, and a win over the reigning champions would add more strength to that argument.

Juventus could be forgiven for thinking that a record of 36 points from 14 matches would be enough to leave them top of the table at this stage of the campaign.

After all, they are yet to lose in the league this season, winning 11 times and drawing the other three.

Inter have been in such outstanding form under Antonio Conte, though, and the Milan giants currently lead the division. With Inter drawing against Roma, Juve have the chances to reclaim the pole position.

The Old Lady can fully focus on league matters this weekend, though, as they have already booked their spot in the last-16 stage of the Champions League ahead of their final group match against Bundesliga side Bayer Leverkusen on Wednesday night.

Lazio will be without Adam Marusic, Valon Berisha and Jordan Lukaku through injury, while Patric remains a doubt due to a calf problem.

Ciro Immobile made it 19 goals in 17 appearances this season with a double last weekend, and the 29-year-old has incredibly only failed to score in two Serie A appearances for Lazio this season.

Former Liverpool midfielder Lucas Leiva is also slated to feature in the middle of the park.

Juventus remain without the services of Giorgio Chiellini, Sami Khedira and Douglas Costa, while Adrien Rabiot is also a doubt.

Wojciech Szczesny and Blaise Matuidi are both in line for returns. Aaron Ramsey had potentially been in line to replace Federico Bernardeschi in the attacking midfield spot.

But the Wales international has emerged as a huge doubt due to a muscular problem. Paulo Dybala, though, could come into the attack as a replacement for Gonzalo Higuain.

With excellent technical and dribbling skills, Ciro Immobile has made his mark impressively at the elite level of football.

But, the former Borussia Dortmund striker has since then evolved into one of the most consistent strikers across the top five European leagues in the last decade.

Such has been his scoring form in Italy that he now sits top of the goal-scoring charts. The Italian has scored 17 goals and 5 assists from merely 13 appearances.

The defender joined Juventus after an incredible stint with Ajax, and has seemlessly shifted into the heart of the Bianconeri's defence.

The young defender enjoys dominating strikers left, right and centre, and is excellent in the air. He registers 4.5 clearances and 1.1 tackles out of the 11 Serie A apperances for the 'Old Lady'.

The Lazio mainstay in defence, Francesco Acerbi has shown brilliant consistency, and has impressive Serie A stats to boot in the current season. In 14 matches, he averages 1.7 interceptions and 2.4 clearances.

Acerbi's clean tackles, aerial dominance and the ability to clear the ball under high-pressure situations lend extra credence to the comparisons he has drawn with legendary defenders.

The Italian will have a serious head ache when he faces off against the talismanic Cristiano Ronaldo.

The Portuguese maestro had a successful start to his Juve career last year, and will look to make light work of a Lazio defence.

He is exceptionally good in the air and has always challenged the best of defenders.

Ronaldo has 6 goals and 6 shots per game from 11 Serie A matches, and Maurizio Sarri will most definitely bank on him to come good against the Eagles.

This match takes place after Lazio won 3-0 at the Stadio Olimpico against Udinese. It was a deserved result for the Biancocelesti who were the stronger side for most of the match.

As for the Bianconeri, they have yet to lose a match this season; they are unbeaten in the first 14 matches of the Serie A. The team has shown signs of inconsistency and poor form this season, yet continue to find ways to win.

We predict that Juventus would still eke out a tough win against Lazio.