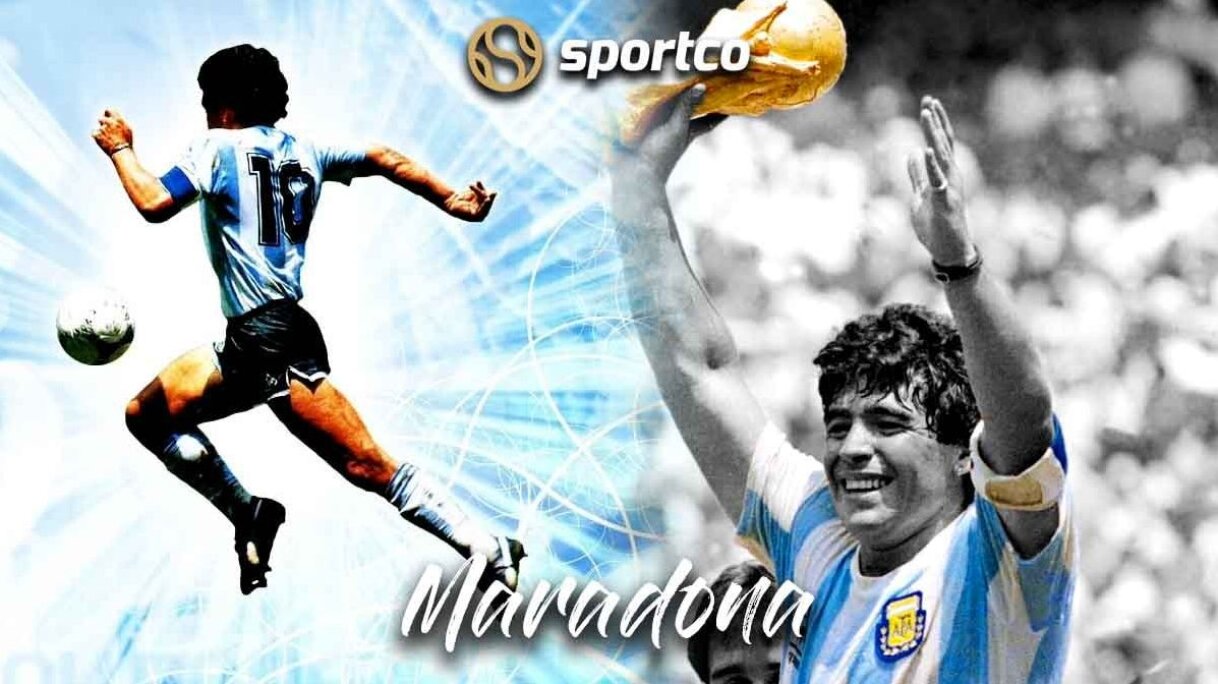 Diego Maradona is remembered as one of the greats of all time, with his brilliance on the football field, spellbinding dribbling, creativity, and goals. The Argentinian terrorized opposition from Buenos Aires to Naples and had the world at his feet for the glorious feat of the 1986 FIFA World Cup.

Currently, FIFA World Cup fever is high in every football fan around the world, as we are heading into the 22nd edition of the prestigious tournament in Qatar, we look into the excellent Diego Maradona’s greatness in the history of the FIFA World Cup.

The World Cup legacy of Diego Maradona is immeasurable

Born on 30 October 1960, in Lanus, Buenos Aires Province, Diego Armando Maradona was spotted by a talent scout while he was playing in his neighborhood club Estrella Roja at age eight. Later, he made his professional debut for Argentinos Junior wearing the number 16 jersey at age 15.

Maradona went on to make his debut for the Argentina National side at 16 against Hungary on February 27, 1977. However, he was left by coach Cesar Luis Menotti for the 1978 World Cup, as the tactician felt he was too young to play in the high-octane World Cup.

But he was simply unstoppable, resulting in his featuring in the next World Cup in 1982 in Spain. However, the World Cup debut for the 21-year-old Maradona did not go according to plan as he scored just two goals in the tournament, moreover, Argentina were knocked out in the second group stage.

In the next edition of the World Cup in 1986, Mexico that’s where Maradona’s legacy in World Cup was established. By the time of the Mexico World Cup, Maradona had made his move to Napoli from Barcelona, where he enjoyed his peak years.

For the 1986 World Cup, he was named the captain of the Argentina National team as he showcased his greatness as the world witnessed Diego Maradona’s extraordinary technical ability, supreme balance, tactical awareness, and of course his majestic left foot. The legend scored five goals and as many assists, as he opened his account in the tournament, scoring against Italy in a 1-1 draw.

However, the game against England in the Quarterfinals drew the World’s attention to Maradona, and the match remains one of the most controversial games in World Cup history. Maradona scored two goals in the game as the first goal, the notorious “Hand of God”, was an eye-raiser, which according to the rules of football, shouldn’t have stood.

Whereas, the next one became the “Goal of the Century”, where he marched from his own half and went on to dribble past five English defenders dismantling the side to score the “goal of the century” before beating goalkeeper Peter Shilton.

Furthermore, he also scored two goals in the semi-finals and set up the winning goal for Jorge Burruchaga to beat West Germany in the final. Later the same year, he also won the Ballon d'Or, which he repeated the feat in 1990 as well.

However, in the 1990 World Cup in Italy, Germany got their revenge as they beat Argentina 1-0, and for Maradona, it was not the same story with his national team, unlike last time, as he could only manage two assist in the tournament. Moreover, the 1994 World Cup in the US was his last where he played just two games before sending him back for failing a drug test.

Undoubtedly, the attacking midfielder had a scandalous career, seeing both highs and lows. The two times Ballon d'Or winner was a genius but was flawed, however, his complications off the field didn’t tarnish the fans as people in Argentina and in Naples adore Maradona.

Maradona’s feat at the 1986 World Cup is still considered the most remarkable individual performance in the history of the tournament, as many considered whichever team Maradona would have played in 1986, would have won the World Cup.