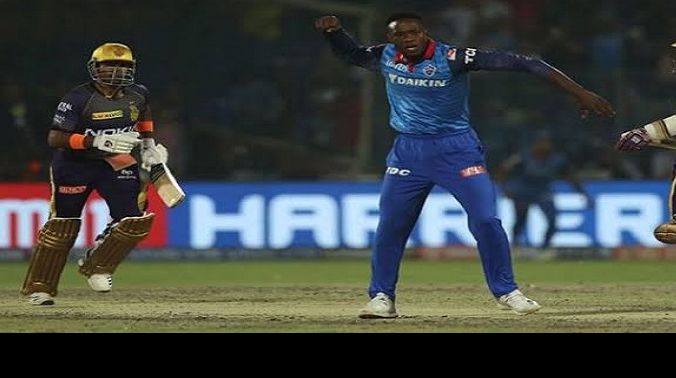 The T20 format is unpredictable and the matches go on till the final over. The Indian Premier League has taken this excitement to another level with nail-biting finishes in every season. Let's look at the list of the matches that were tied in the competition and the Super Overs that followed:

The first ever tie in the IPL was between Kolkata Knights Riders & Rajasthan Royals in 2009. Batting first, Rajasthan posted 150/6 on the board with the help of a cameo from Yusuf Pathan. KKR too finished with the same score losing eight wickets courtesy of Sourav Ganguly's 30 ball 46.

Kamran Khan who defended 6 runs in the final over, also bowled the super over and Gayle's hat-trick of fours enabled KKR to defend 16-runs. However, Yusuf had other plans in his mind as he smashed two sixes in three balls off Ajantha Mendis' bowling as he helped the RR to secure a memorable win.

In a league match at Chennai, Suresh Raina lead CSK as regular skipper MS Dhoni missed the match.  Yuvraj's 28 ball 43 propelled KXIP to 136/8 as Muralitharan took 3 wickets for just 16 runs. Though CSK got a good start, they faltered in the middle and ended on the same score of 136. Theron kept KXIP in the hunt by picking couple of wickets.

Theron also bowled the super over and restricted the CSK to just 9 runs, thanks to Suresh Raina's six of the last ball. Mahela Jayawardene hit the first ball off Muralitharan for a six, but got out on the second ball with the equation being four runs needed of four balls. Yuvraj's reverse sweep sealed the game in the next ball as this win was the first for the KXIP team against the CSK in the Indian Premier League .

In the 2013 season, RCB were involved in two super over matches with the first one against SRH at Hyderabad. Kohli and Henriques both scored in 40's to help RCB to 130 runs. Debutant Hanuma Vihari kept SRH in the hunt with an unbeaten 46 ball 44, however he failed to seal the winning runs on the last ball of the match.

The second tie match of the 2013 edition also involved RCB, this time against the Delhi Daredevils. DD posted 150 runs on the board with late blitzes from Kedar Jadhav and Irfan Pathan. RCB were on course to win the match during Kohli & de Villiers' partnership. But when both of them were dismissed, remaining batsman failed to create an impact and ended up at 150 runs.

RCB batted first in the Super Over and scored 15 runs, thanks to two sixes on the last two balls that was bowled by Umesh Yadav. DD lost Warner on the very first delivery off Ravi Rampaul and though Irfan Pathan hit a four and a six, yet DD fell short by 4 runs as they lost both wickets for 11 runs.

The second tie between KKR & RR took place in the 2014 edition of the IPL. Rahane's 72 helped RR post 152 runs on the board. In the chase, Faulkner's three wickets for a meagre 11 runs dented KKR's hopes of a win. However, Shakib Al Hassan's cameo of 29 helped KKR tie the match.

In the super over, Manish Pandey's last ball six gave KKR 11 runs to defend. Sunil Narine then bowled brilliantly as the match went to the last ball. With three needed of one ball, Steve Smith pushed the ball to covers and ran a double as the scores were tied in the super over as well. On higher boundary count, RR won the match.

Batting first, Punjab's Miller got out on the very first ball of the super over which was bowled by Chris Morris. But a determined Marsh scored three consecutive boundaries to help KXIP post 16 runs on the board. Mitchel Johnson then clean bowled Shane Watson with a yorker and soon Faulkner's was found to be short to the crease as he was adjudged run-out which gave KXIP a memorable victory.

On a slowish Rajkot pitch in 2017, Gujarat Lions posted 153 runs on the board with the help of Ishan Kishan's 48. Krunal Pandya picked up three wickets for just 14 runs to restrict Gujarat into scoring a big total. Though Parthiv Patel scored 70 runs off just 44 balls, Mumbai kept losing wickets at regular intervals and were eventually all-out on the last ball for the same score.

MI batted first in the super over and scored 12 losing both their wickets. Jasprit Bumrah then bowled some excellent slower balls and yorkers as the T20 stalwarts like McCullum and Finch failed to score the target and ended with just six runs on the board. MI thus sealed the super over by six runs.

The latest tie was witnessed in this year's IPL between the Delhi Capitals and Kolkata Knight Riders. KKR posted a mammoth total of 185 courtesy of Russell's devastating 28 ball 62. DC were well on the track to chase the target with Prithvi Shaw's magnificent 99, however the remaining batsman faltered in the last two overs as the match headed into the super over.

Prasidh Krishna of KKR bowled brilliantly and conceded just 10 runs in the super over. But then Rabada came and bowled one of the best overs in super over history in all forms of T20 cricket. Russell scored a boundary of the first ball to bring the equation to 7 off 5. But Rabada under-pressure bowled toe crushing yorkers to remove Russell and DC eventually won the game by just three runs.