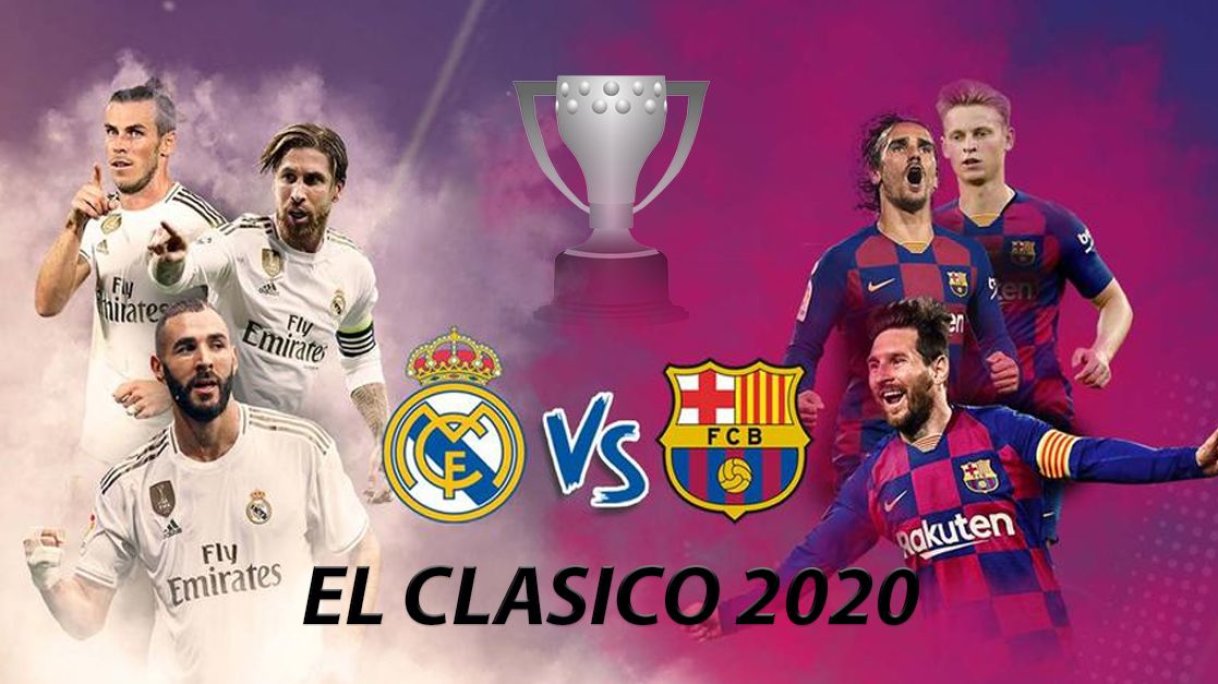 All eyes will be on Santiago Bernabeu as Real Madrid host Barcelona in the latest edition of the El Clasico.

The transfer of Cristiano Ronaldo has taken a bit of shine off this hugely anticipated clash but it’s still the most watched and celebrated football match on the planet. A plethora of stars including Lionel Messi and Sergio Ramos will once again battle it out to stamp their authority at the top of Spanish football.

Real Madrid head into this contest having won just one out of their last five games in all competitions. This dismal run of form also includes defeats in the Copa del Rey and the Champions League.

Although they sit second in the league table, they have failed to dish out impressive performances over the course of the season. Zinedine Zidane has come under criticism, having failed to replicate the results, which he achieved in his first tenure as their manager.

Barcelona, on the other hand, are sitting at the top of the table, two points ahead of the Los Blancos. Quique Setien had an indifferent start to life at the Camp Nou but has slowly and steadily won the hearts of the Barcelona faithful.

They played a drab 0-0 draw the last time these two faced each other in La Liga back in December.

For Zinedine Zidane’s side, Eden Hazard is out until April and Rodrygo is suspended after picking a red card for Real Madrid's B team last time out. Ferland Mendy and Fede Valverde will get the nod ahead of the experienced duo of Luka Modric and Marcelo.

For Barcelona, Gerard Pique is expected to start, despite sustaining an injury in the Champions League. Jordi Alba is close to match fitness but this match comes a bit too early for the marauding full-back and Junior Firpo will start.

The Real Madrid captain was sent-off for the 26th time as Real catapulted against Manchester City and he can’t afford to make any mistake against arguably the greatest player the world has ever seen. Ramos is a charismatic leader and he also bears the responsibility of marshalling his troops through this big test at home.

The 33-year old is a fierce competitor and is vastly experienced in handling attackers such as Messi. He would bring all his experience into play to restrict Messi from finding an opening.

Lionel Messi has been in phenomenal form this season as well and we have come to expect no less from the GOAT. The Argentine has already scored 18 goals and provided 12 assists for his teammates.

Barcelona is a bit short on their attacking options and Messi has to bear some extra responsibility. He and Antoine Griezmann would be crucial if Barcelona want to come up with a win.

Benzema has come into his own after the departure of a certain Cristiano Ronaldo. He has borne most of the goal scoring responsibility and is one of the first names on the team sheet.

The experienced forward has found the back of the net 18 times this season but has now gone five games without a goal. It would be upto Pique and co. to make sure this barren run continues.

Pique has been ever present in Barcelona's defensive line. The Spaniard is calm and composed under pressure and has an immaculate ball-playing ability.

The 33-year old defender has formed an effective partnership with Nelson Semedo and they have been instrumental in Barcelona’s journey to the top of La Liga.

Real has won just one out of their last five competitive games and last won against Barcelona at home in October, 2014. But they are yet to taste a home defeat this season, and they will want to maintain this record.

On the other hand, Barcelona have won six of their last seven matches against Real Madrid in all competitions. They are also unbeaten in their last four competitive matches.

The Los Blancos have been undefeated in their last 12 home games in the league but the Blaugrana have had tremendous success at the Bernabeu of late.The form is also on the Setien’s side as Real have been in a bit of a slump lately. We predict a win for Lionel Messi and co.